A Charnok guide for beginners and players who don’t know how to build him. 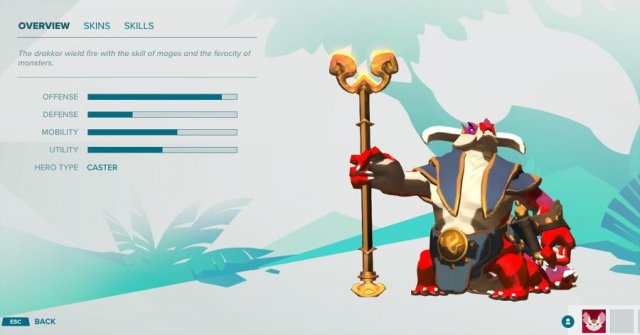 This is a beginner’s guide for Charnok. We’ll be focusing on his skills first, emphasizing DPS and skill synergy. Let’s begin at Level 2, since that’s the level you will be when the creatures are summoned. 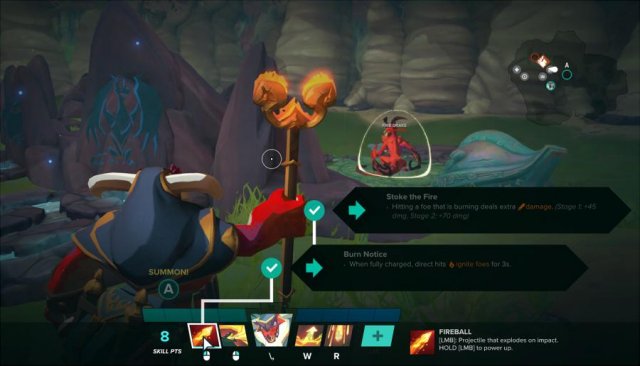 I would recommend picking this path. Why? The lvl 2 fireball gives a burning debuff, the attack itself deals about 180 damage per hit, and any subsequent lvl 2 fireballs will deal +70 damage. This means you are dealing 250 damage every attack + burning. You are also picking this ability to synergize with some future abilities. 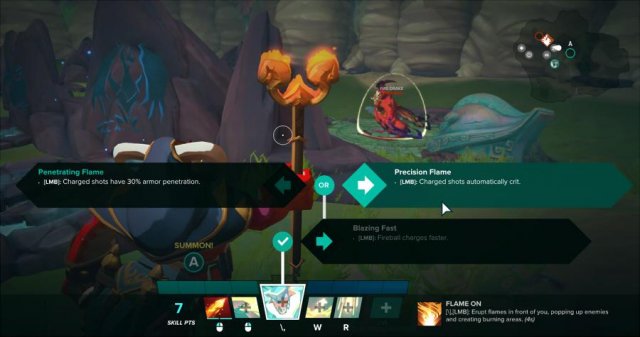 Next you will level up your passive abilities. I choose this path, because it synergizes with my basic attack. My charge up is faster, meaning I hit more often, and my attacks will always crit. Crit adds 30% damage to your attack damage, making it now deal about 300 damage per hit. I’m unsure if armor penetration is better, due to hidden numbers. It is probably better on armored opponents, but I’m unsure if it’s effective on low-armor opponents. 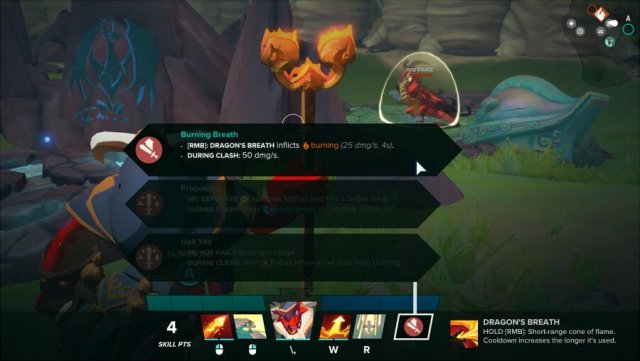 For my passive ability, I choose the top one. It synergizes with my basic attack again, by inflicting burn on my opponent. I can start with a flamebreath rather than a fireball, if I choose to. If you’re getting killed by assassins a lot, it’s probably a worthy investment to take the middle ability, since it will help your escape move.

At lvl 6, I upgrade my escape move. I take the push with damage, creating more distance between my pursuer and myself. I then choose the ability that makes me attack with lvl 2 fireballs, without charging, for 3 seconds. It’s a great synergy with my first skills I chose, because I’ll be dealing 300 damage every hit, without having to charge up. 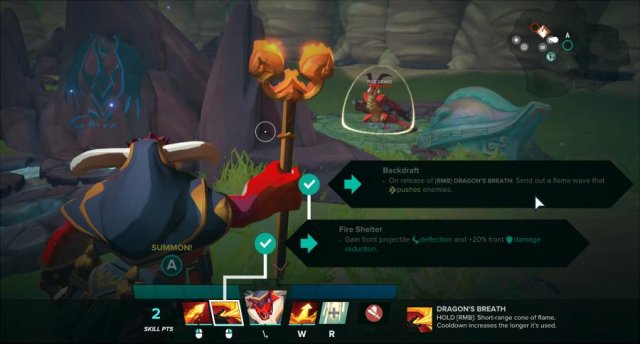 Now, we’ll upgrade our firebreath. The shield is nice to have, since you deflect any ranged attacks on yourself or on a friend. I also like to take the push ability, because if I’m using the firebreath to give them a burning debuff, I won’t have it on for very long. Thus, I’d like to have an extra push for my single second of firebreath. Push can be useful for other things too, like knocking people off cliffs.

This ability is probably your most team oriented ability. If you feel the team fights are mattering early on, then you may want to choose this ability earlier. I like to take the stunning ability, but I do believe the slow is just as effective. They perform slightly different roles. The slow is good for keeping people in place, while the stun is good for interrupting people. Teamfights matter most during the clash, which is another reason I wait on this ability.