A few tips and tricks for new players to the game. All of these I have noticed in game being neglected by noob players.

Rust is a barren wasteland full of trolls, ten thousand hour tryhards and toxic 13 year olds. It is very hard to get started as a new player and whether you are someone with 0 or 100 hours this guide can help you. 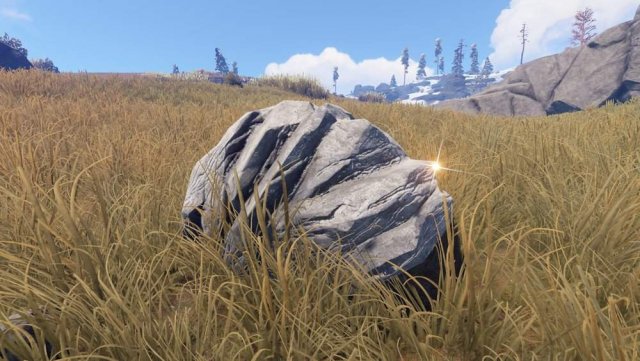 Using the rock you spawn with you can farm trees and nodes for resources. While some objects may appear to be stone they may not be farmable. Stone nodes look like this and metal and sulfur nodes have the same shape but different colouration. When hitting the node aim for the glowing spark, this will allow you to farm it faster. The same goes for trees but instead of a spark it has a red cross. The amount of resources you gather depends on the tier of tool you have. Rock has the lowest gather rate, then stone tools, metal tool and then salvaged tools. Stone tools can be crafted using stone and wood whereas the tiers above it must be found in crates and researched to craft. Tip* the snow is the most plentiful for nodes and is a favoured farming location for most players.

Similar to escape from Tarkov, when you die to another player in rust you lose all of the loot you have on you. To prevent this from happening you need to build a base to store the loot you discover while roaming the map. Ensure you have some resources and the craft a building plan (blue paper) and a hammer. Using the building plan you can right click to change the structure you are building and left click to place your selected structure in twig. Many new players build the entirety of their base out of twig and forget to upgrade to wood or stone. This is a big problem as other players can easily break twig and gain access to your base. Use your hammer and upgrade the base with the materials that you have, make sure that you leave a doorway so you can enter and leave when you please. When placing a door, make sure it forms a airlock (an easy to build prevention method to prevent players from killing you while leaving and going into your base.)

Make sure to place key locks on the doors (and lock them using right click) and to place a tool cupboard so that your base doesn’t decay. If you own the key lock on the door there is no need for you to have keys.

A major element of rust is the need to research items and craft them using components. Components can be found in barrels and crates along the road.Or in rad towns located around the map (Most rad towns require you to have clothing to enter.) 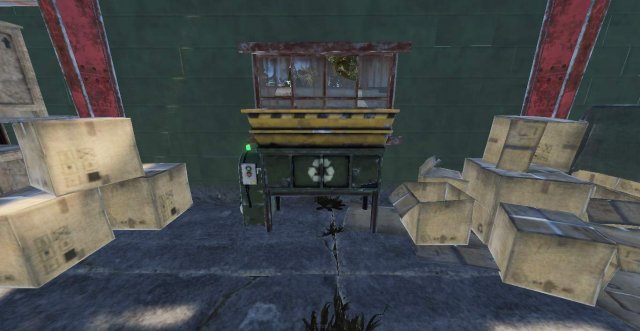 The components you gather can be recycled into scrap, metal, high quality metal and cloth using recyclers found at the majority of rad towns.

Using the scrap and other resources you have gathered you can craft a work bench. 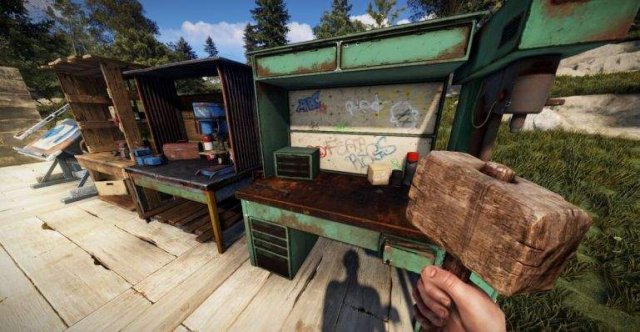 These workbenches are used to craft more exclusive items that must be researched in order for you to craft. There are 3 levels of workbenches, level 1, level 2 and level 3. The higher the workbench tier the more it costs to craft.

In order to get blueprints to craft items, you must first find the item either by killing other players or looting monuments and then place the item into a research table with its required amount of scrap. Depending on the server different blueprints may already be unlocked for you.

There are 3 types of servers in Rust; official, community and modded. Official and community servers have a 1x gather rate and are known as vanilla servers. They are very time intensive and are not very noob friendly. High pop official servers are often controlled by 8+ man groups of players where each player has a minimum 1000 hours. If you are just starting out I would personally recommend a lower pop, slightly modded server that will allow you to learn the ropes a lot easier. 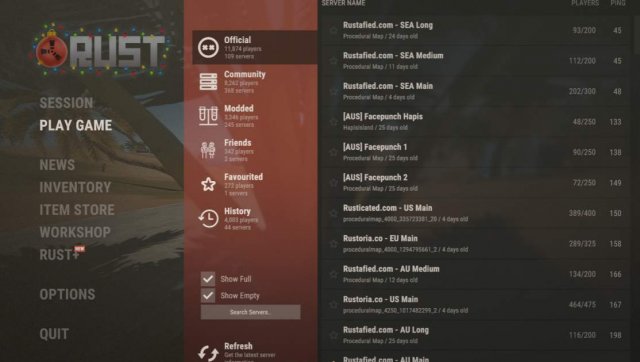 Guns in rust are your guide to success. They give you a huge advantage over other primitive players and allow you to snowball and get more loot. Unlike COD or GTA where recoil is non existent, recoil in rust is a major factor and can take players hundreds of hours to master. Guns like the ak and the mp5 have tricky recoil patterns that make them hard to use for newer players. If you would like to get better at these guns you can practice on aim train servers such as UKN or Combattags. If you don’t want to make that sort of commitment, try sticking with pistols, shotguns or semi automatic guns that have relatively straight forward recoil patterns. All guns apart from the eoka (an unreliable shotgun) must be found and researched before you can craft them yourself. They can be found by running monuments, killing other players or using the tech tree.

This is a small guide for Rust gamers who enjoy short songs while at base or on adventures! ContentsGuitar / Piano Songs Collection (Instrument DLC)Game ThemesMovie ThemesAnime / Cartoon ThemesPopular […]