The story tree in Langrisser II has a couple of chapters with a dotted line. These are completely optional though and aren’t linked to any achievements. Possible spoilers.

If you search for a full story tree of Langrisser II, it lists 3 extra scenarios or chapters.

Two extra chapters are triggered in the same way, so there are only two sections for this guide.

I tried to keep the spoilers to a minimum but as usual, possible spoilers if you haven’t gotten up to the relevant chapters.

Extra from Chapter 6: Temple of Muscles

In Chapter 6, you need to get a commander in front of the 2nd statue (counting from the left) near the top of the map. As it looks visibly different from the other 3 statues, it’s relatively obvious once you know what you’re looking for.

After they’ve “pressed the button”, you’ll need to move Elwin to the door that opens in the left alcove-like area. 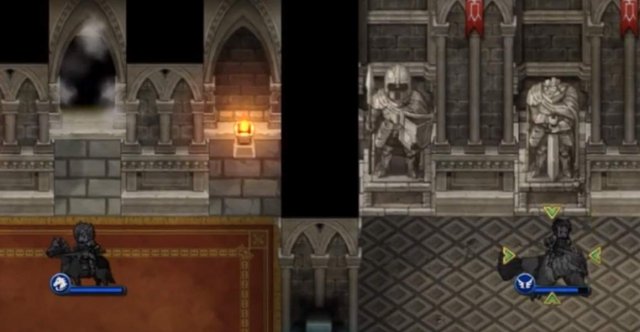 At the end of the Chapter 6 scenario, you will then be asked whether you want to explore what you found. Make sure to say yes.

When I was originally researching this, all the sources told me Elwin had to do both, but it’s possible it was changed in the remake.

In Chapter 8, you will need to get Elwin next to the middle tile of the cliff wall below the far side of the bridge. 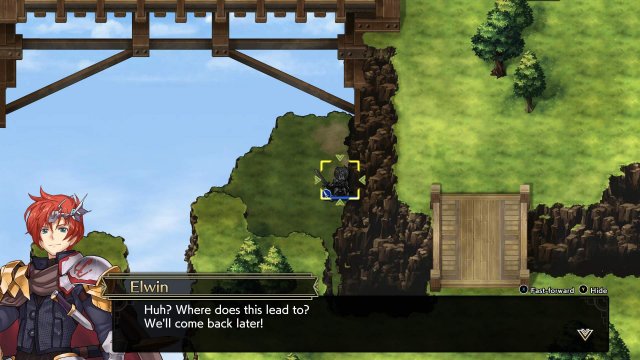 At the end of the Chapter 8 scenario, you will then be asked whether you want to explore what you found. Make sure to say yes.

The extra chapter (and name) is slightly different depending on which story route you’re on.

If in Chapter 7, you rejected the offer (so that you’re on the “Light path”), the version of the extra chapter you get prompts a question each time you encounter a squad, except the first (bottom) one.