An alternate way to getting rivens you want without buying or trying to get luck from RNGesus.

The Secret of Riven Dedication

Instead of selling your trash rivens try trading them for other rivens it does not hurt to see what other people have and what they are willing to trade for your riven(s). the only downside to doing this is you probably wont get any rivens with good stats you will have to reroll but atleast you will have a chance at the rivens you want for the actual weapons you use.

One last thing to keep in mind rivens have different values and such so there is a chance you may be trading a riven worth 50 plat where the other trading could be giving you a 30 plat worth riven obviously if you could you would just sell the mod and buy it from him so expect to be either.

Example: I traded a silva and aegis riven with bad stats for a really nice war riven. might had been not wise for one of us to do that but the trade had already been passed and we never looked back. And thats what you call dedication to riven mods. 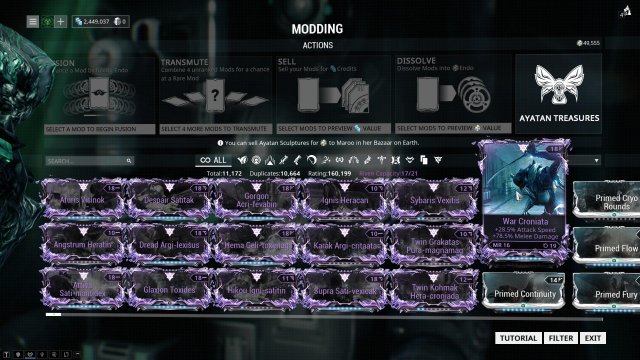 Tricked out and expensive builds for Volt lovers. Cheap builds also included! This guide contains speed, raid, and melee tanky builds. With the speed builds, you’ll get more done in […]

This is a easy map that i show you the best location to slide and a little trick to do it easily. Other Warframe Guides: Fishing Handbook. How to Mine […]

This guide is for people who suck at K-Drive like me. This guide shows a relatively easy and fast way to grind standing for Vent Kids. Other Warframe Guides: Ways […]