A bunch of specifics on how the game works and how you can use that knowledge to your advantage.

Currently there are two ways to spawn mana orbs.

The third attack in the mage basic attack chain and the trinket Grimoire of Blight. 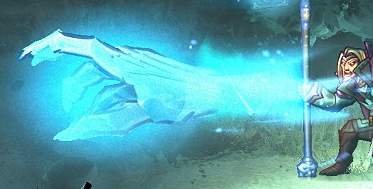 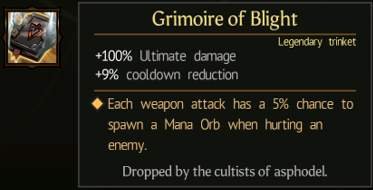 To spawn mana orbs with the third basic attack (I’ll call it “hand” for short) you simply need to hit enemies. With the Grimoire you need to hit and do damage, meaning that if enemies are invulnerable in any way (Amalgamation’s shield aura for example) the grimoire won’t be able to spawn mana orbs.

The more enemies you hit with the hand (or with any basic attack if a grimoire is equipped) the better your chances of spawning a mana orb, making so mages with Gravity Well end up spawning more mana orbs than mages without it.

When a mana orb is collected, the player who picks it up receives a good amount of ult charge while their party members receive a bit less, but still a good amount.

Besides mana orbs, classes have other ways to charge their ult. Everyone gets a little bit of charge by doing and receiving damage.

Warriors can spend rage stacks to get a hefty amount of ult charge.

Assassins get 4% ult charge for every combo point spent.

Something that Assassins can do is cancelling the right click animation by using roll, if done correctly no combo point will be spent but the damage will be done and the ult charge granted.

Knowing that, you can get double the value from combo points or you can even exclusively use right clicks to attack if you have a Titan Skinner equipped. Keep in mind that right clicks have much greater range when compared to left clicks. 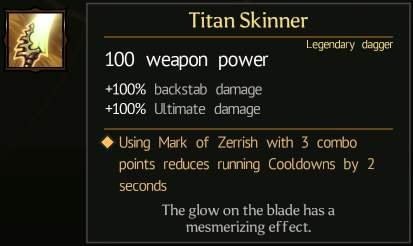 Assassins are also the only class that can get ult charge from hitting boxes, so it’s good to let your team know when you want to use some boxes to charge your ult so they don’t break them by accident.

Generally enemies will focus the first player they see, ideally the Warrior should be the one starting encounters.

Most of the Warrior attacks will pull aggro from enemies, this includes basic attacks. The enemies Elusive Wretch and Amalgamation prefer to focus allies that don’t have aggro and require more incentive to change their target, they’ll need to be hit by a skill that specifically pulls aggro such as Taunting Roar or Lawbringer. 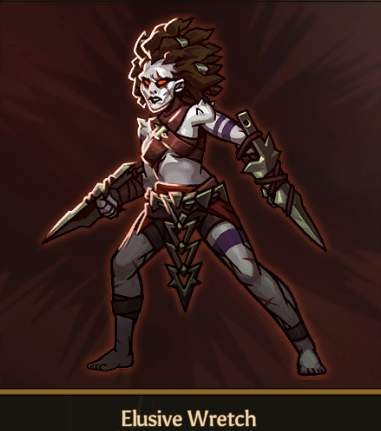 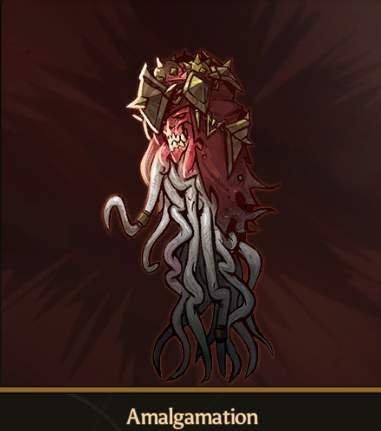 Lawbringer’s description doesn’t say it pulls aggro, but it does. When the Amalgamation is forced to change targets it’ll drop the shield aura for a short while, the party can use this to their advantage.

The only way to lose aggro besides dying is by getting stealth through one of the Assassin’s skills Smoke Bomb or Death From Above.

When your character is green, you are stealth. 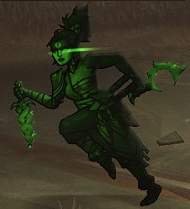 It’s important to know that when enemies lose aggro on you they’ll sometimes still use their attack at the last location they where able to see you, so don’t stand too close to where you got the stealth. Lasers coming from enemies can still follow you if they were casted before you went into stealth.

Warriors have access to Phalanxes and to the Ancient Follower. 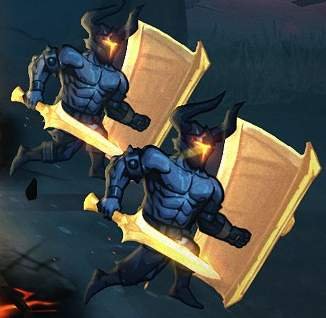 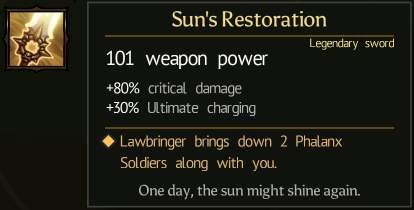 The Ancient Follower looks exactly like a warrior under the effects of Awaken Ancient, be careful to not confuse the two during combat. 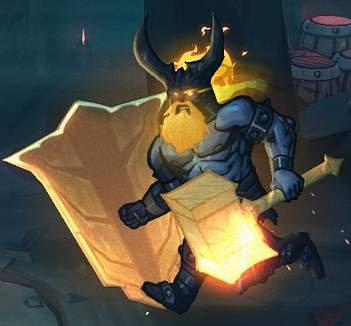 Followers are immortal and can hold enemy aggro, if the Warrior attacks the same enemy as them the enemy will prefer to attack the Warrior instead. Followers will bait enemy attacks, but not actually take the hit. If you’re playing as Mage or Assassin don’t stand too close to followers that are under attack or you’ll get the baited hit.

Collect the mana orbs, all the while spamming heal beam for ult charge, and use ult as soon as it becomes available. 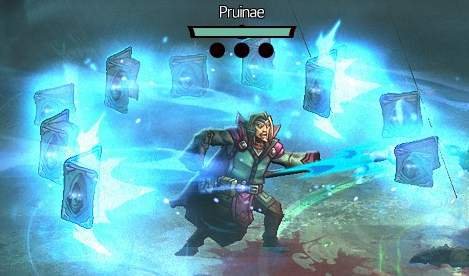 Books can get buffed by the Warrior’s Battle Call (50% more damage and attack speed), will do more damage to enemies affected by Mark of Zerrish and also get attack speed from Emits Oxxuxxo’s Time’s passive. Keep in mind that to benefit from the attack speed steroid coming from Gravity Well you need to stay within its range.

The recommended Mage for this build is Roland since he has the passive that makes the books lasts longer.

Heal Beam was nerfed after an update but the build still works.

Using Reversal Shield with a Blightbane equipped gives the potential to have party-wide invulnerability. As long as you drop your stationary barriers at opportune spots, your team can safely deploy all their DPS. Use the grimoires to get ult charge to reset Reversal Shield’s cooldown with the Seal of the Banished.

The recommended Mage for this build is Tek’ka since he has Gravity Well to spawn more mana orbs and to make sure that enemies stand close to the stationary barrier. 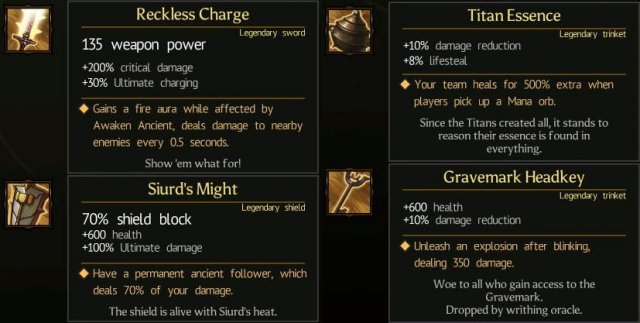 Reckless Charge makes so Awaken Ancient creates a damaging aura. Siurd’s Might summons the Ancient Follower, which comes in clutch when the Assassin and Mage are downed since the follower can distract enemies while the Warrior revives. Titan Essence allows for the Warrior to lifesteal from Reckless Charge’s aura, which is the only way to heal while blocking with the shield that isn’t being healed directly by the Mage. The Gravemark Headkey offers some helpful tankyness.

You can use both Malborys and Creen for this build, Malborys will be tankier with Taunting Roar while Creen will have better mobility with Bull Charge, do more damage and lifesteal with Battle Call. 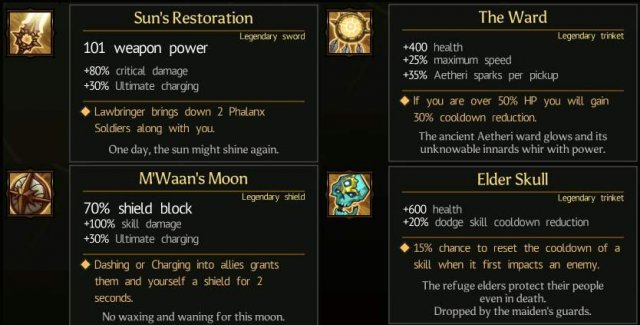 Let’s preface this by saying that The Ward, Karrogh and having 10 Will is the base for this build to work. Any sword can be used, Mwaan’s Moon can be replaced by Maiden Crown since it has the same passive and in place of the Elder Skull any item with 20% Dodge CDR will suffice. Since any sword can be used, I recommend Sun’s Restoration so you can summon phalanxes to potentially dewipe your party.

The idea behind it is to use Karrogh’s extra Bull Charges intertwined with the Warrior’s default dash, with the correct timing you’ll be able to shield allies for ~30+ seconds with the shield’s passive. A Mage with Gravity Well should pull Vespers away to avoid them summoning bone walls, potentially splitting the Warrior from its shielding target. Theoretically the only viable Warrior build for absurd Blight Levels such as 100+, since you’d end up getting one shot no matter how tanky your build is. 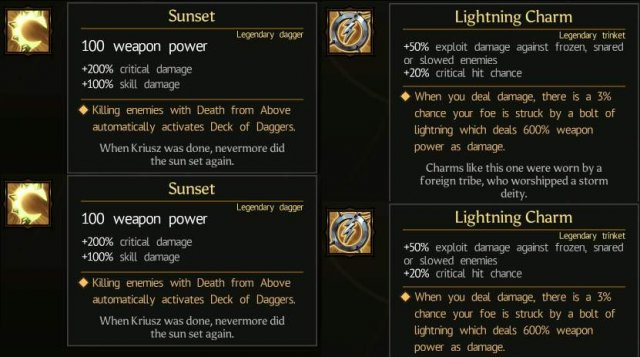 It’s a rather simple build, the Sunsets raise considerably the damage done by skills, damage done by the attack that proc’ed the bolts of lightning is used to calculate the damage they do. A Mage buddy Gravity Wells everything together and then you throw a Chakram or a Smoke Bomb in and…

Scarlet is the recommended Assassin for this build since she has Smoke Bomb, Chakram and Meatgrinder. All which have multiples instances of damage which raises considerably the chance to proc Lightning Charm’s passive. Lightning Bolts can also backstab, which further raises its synergy with Scarlet. 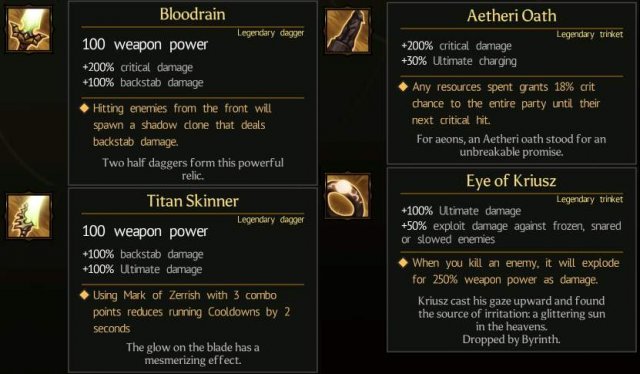 The objective of this build is to maximize the damage done by the Lightning Strikes ultimate. Bloodrain and Titan Skinner since they offer the most stats for LS damage, Titan Skinner also allows the Assassin to charge ult faster through more right click cancels. Aetheri Oath for literally everything it offers and Eye of Kriusz to make so LS is able to basically hit in AoE.

The recommended Assassin for this build is Wodania since she deals more overall damage with LS by using her passive.

How do I get that item?

Tip: Use Ctrl + F to be able to search for the item you’re looking for more easily.

Grimoire of Blight, Titan Skinner, Siurd’s Might, Hollow Ring, Seal of the Banished, Titan Essence, Gravemark Headkey, Mwaan’s Moon, Elder Skull, Sunset, Lightning Charm and Eye of Kriusz can all be aquired by crafting. Some of them can also be dropped, you can check what mobs drop in the in-game bestiary.

If you can’t see a certain item available to craft in the blacksmith that means you need a higher refuge level to be able to craft it.

Blightbound – How to Keep Notoriety After Desync

Guide to Fix Desync Bypassing a Desync I’ll keep it short. Everyone who played this game with the same team for more than 3 rounds know that they desync after […]

Guide to Get Things How do you “usually” get chars 2 ways: By rescuing survivors, sometime you’ll find a hero instead on specific maps. By recruiting the merchant first, and […]