Whether you are early game and need the extra gearbit, or just simply want to flex on your friends, this guide will give you a bit of strategy on how to beat the Soccer Kid the hard way.

Guide to Beating the Soccer Kid 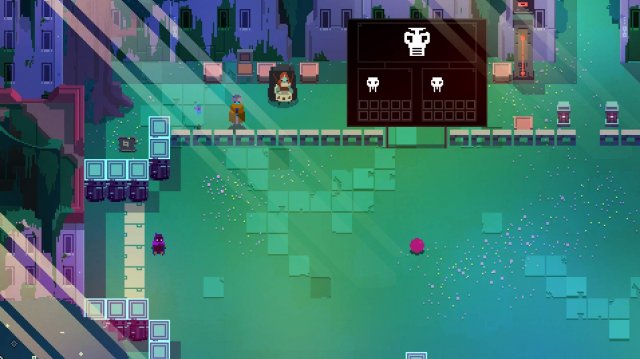 The soccer field is an area found in the southwest corner of the center town, unlocked after raising the north and west towers. There, you play a game of soccer to 10 goals against a kid that is on par with some bosses in difficulty. After beating him, you are rewarded with a gearbit.

Now the easy way to deal with this kid’s mad soccer skills is by using the charge slash, since you can just charge it up, aim the ball at the goal and generally it has enough force behind it that the kid can’t deflect it entirely. See here for a proper guide to beat it every time using that method:

After destroying the bottom barrel, switch to keyboard and mouse controls and position yourself and the mouse exactly like this (i.e. pixel perfect): 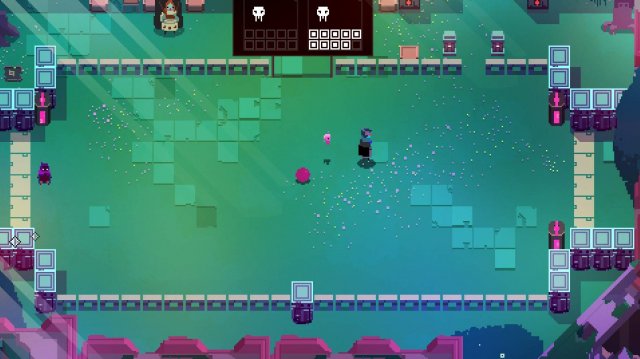 Now fully charge a charged swing, without physically moving the mouse, and let go once the screen stops moving. Should be a guaranteed goal.

But what if you don’t yet have the charge slash, or want to prove your worth but can’t quite seem to beat him? Well friends, you’ve come to the right place. We went through the tedious process of learning to beat him so that you don’t have to. Our efforts yielded a few different ways of tackling him, so choose the best one for your purposes.

The first and easiest few methods all follow a similar pattern. Score before the kid can get possession. We’re calling them cheese methods because while the devs likely intended their use, they feel too unfair to not describe as cheese.

This is the easiest and most reliable method we found. It’s like the charge slash in concept except you just do it with a slash dash.

*The kid can still hit you even while slash dashing, think of him as a brick wall that can kick you.

Let’s face it, dash strikes are pretty useless, but you can still use it effectively against the soccer kid.

Another very similar method that requires zero upgrades and only uses 1-2 dashes if done properly. The most difficult and unreliable method in this guide section.

Be ready to dash again once you get knocked down by the kid, as the ball will sometimes stop in front of the goal. You have but a moment to get up and dash into the ball again to score before he kicks the ball out of the goal.

For sake of this section, lets say you find yourself too much of a chivalrous player and no amount of Gouda or Brie will shake the insatiable desire of a proper duel to the pain with some Fifa champion kid on the side of the road. Well lucky for you we’ve decided to make a guide for that too.

We’re going to define this “proper duel” as any game were you use no abilities, no cheese, and the kid manages to get possession of the ball on more than half of the scores. To put it simply, this is the worst possible way to go against him aside from forgoing weapons and dashes entirely, and your skill at the game will be the only factor in beating him.

The biggest tip I can give is dont get to this point, spare yourself the pain. But if you are a masochist (or just messed up an attempt) and absolutely must beat this kid in this manner, no matter the cost, the first thing you want to do is git gud.

It is possible to score against him and potentially win without abilities, weapons, or dashes, only kicking. We tried and got 8 points as our high score in that category, and neither of us ever want to do it again. The few tips we got out of it were these:

Also, remember that the ball is weird and only cares about the position of your feet, so if you seem to miss often then try using your shadow for alignment.

Just use the charge slash method. It’s so easy that there’s hardly a reason to beat that stupid kid any other way. And if you need the gearbits so badly then look up a secrets guide, there’s so many better alternatives to suffering through this kid without charge slash or slash dash.

May we one day punt the soccer kid into the sun where he can burn for all eternity.

Contents Introdution Fun TimeAnd Make Sure – Full HPWhere it Didn’t Work Introdution This trick isn’t so necessary on Level 1 or 2 but can be really useful if you, […]

Hyper Light Drifter – Tips and Tricks for Getting Started

Before you play the Hyper Light Drifter game, you will definitely want to know these simple but useful tips and tricks. If you have any tips feel free to share […]