The purpose of this guide is to give you a general understanding of the second and hardest of the first 3 bosses in Pixel Galaxy, The Radiance. This guide will help you understand its mechanics, such as attack features, defense features, and how your play style should fit to this boss.

Guide to The Radiance Boss

The Radiance is the second of the first 3 bosses in the game, which come from the first and easiest difficulty, easiest. This boss is arguably the hardest boss out of the first 3, having 2 attacks and a bulkier defense, but does not move. The Radiance is slightly more complicated then The Pixel, and is definitely more difficult. This guide is sure to help you defeat the boss.

Side-note: This guide assumes you are beating this boss in normal mode; Colosseum mode works fine as well, and that is how I got screenshots.

The Radiance: Attack and Defense

The Radiance’s defense is in the shape of a diamond (9×9 pixels wide) and consists of mostly basic pixels, and a layer of shield pixels that fire lasers surround the boss pixel. That’s it. Just the same as The Pixel, focus on shooting directly in the middle of the boss. Strategy on this later. The Radiance’s attacks are the most difficult, consisting of lasers the shoot periodically between straight and diagonal, and fans of closely-packed bullets shooting out from the center of the boss. It may be hard to avoid the bullets are first, but once again strategy on this later. 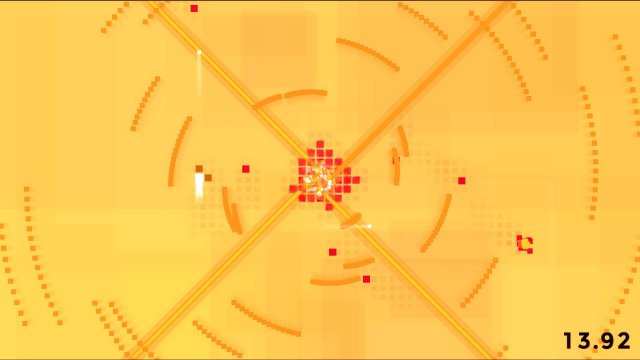 In case you don’t know what back-screen features are, it’s the other pixels that show up in the background that indirectly get in your way, or are there for you to pick up. In this case, the pixels here are helpful. Singular pixels will periodically fly across the screen, not shooting at things. If they come your way, pick them up as they don’t start shooting until you collect them. They are super helpful for defeating the boss (Especially in Colosseum mode). Do collect, but keep in mind the lasers and bullet fans.

The Radiance: Your Strategy and Conclusion

The main strategy you should take here is to stay as far away from the boss as possible, on one side of the screen. Shoot directly at the center of the side you are on, and remember to avoid the laser that will eventually shoot after a couple seconds. It is highly recommended you keep a small (3×3-5×5) ship so that you don’t get hit by the boss, and eventually lose track of where your pixel is and die. It’s a bit unorthodox, but it’s good to know exactly where your pixel is. 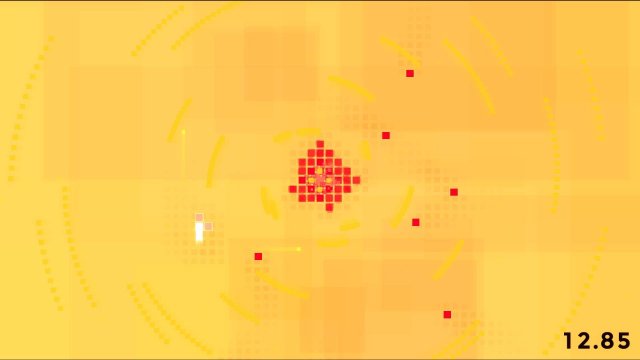 The purpose of this guide is to give you a general understanding of the first and easiest boss in Pixel Galaxy, The Pixel. This guide will help you understand its […]