You want to be scary, otherwise you’re just a brick with legs.

So you want to be this mopey looking fellow? He’s an important guy, but sometimes under-appreciated.

Let’s talk about Margraves first. You’re one of the slowest characters in the game. You hit predictably, you can barely even follow a person while attacking, and your escapes are also your attacks. Sometimes, you just won’t be able to leave a fight, so you only have one option: be the scariest guy you can be. This guide will focus on being a scary Margrave, by increasing your damage output, crowd control, and forcing your opponents to face you.

We will start the guide at Lvl 2, since that’s what level you will be when your creatures are summoned. 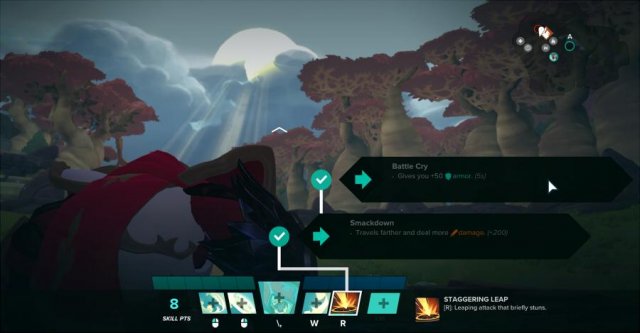 Start with your core tanking ability: The smash. This is the starter for your attack, your finisher, and maybe your escape, if you’re still around after the cooldown. Take the ability to leap further and deal more damage. This will make your smash rewarding for you and punishing to your enemies. Then take the armor bonus, because once you are in the fray, you are going to take a lot of damage. I would vote for the long ranged smash, because what good is it if you can’t jump from afar? You’ll be slow to the fight, you won’t travel as much distance when you need to.

The shortened cooldown is great, and I would really like to use it, but so far, I feel the armor is just necessary. Maybe in a coordinated team the armor won’t be necessary due to faster team reaction times. In a pub, I’d recommend the survivability. 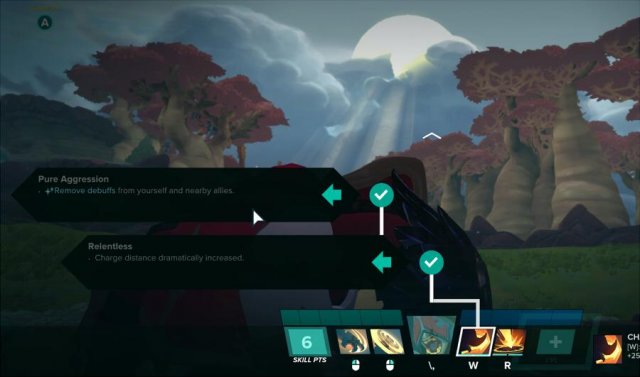 Next, let’s work on your survivability. Upgrade your charge with length and cleanse. This is your main escape, since it allows you to sprint a short distance, even if you have no stamina. It will also remove slows. I would not recommend the other tree, because the charge distance becomes unbearably short and you just won’t be able to catch anyone. 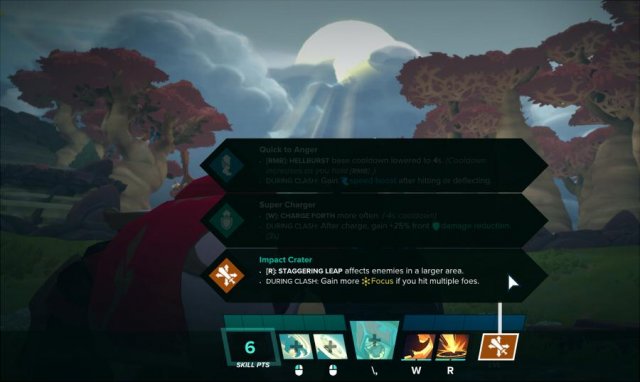 I’d recommend making your smash more impactful, since it’s a key ability. Get a bigger radius, it will increase your damage and crowd control by hopefully hitting an extra opponent. It also makes it harder to miss. 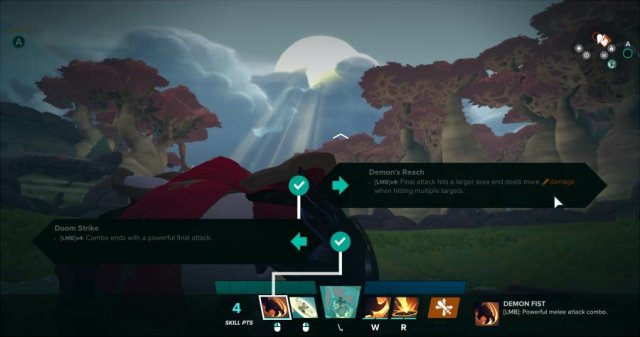 Now, it’s time to increase your damage. You want to be a scary Margrave, and without the damage, you just won’t be scary. You deal 90 damage per hit; a small amount. If you take the combo bonus, you will more than double your damage output with a whopping 300 damage on your 4th hit. It takes time to build up, so sometimes you might swing before they show up, that way your 4th hit comes out faster. You will take the AoE bonus, because most of your damage as Margraves is AoE and you should have a lot of people surrounding you.

I would highly suggest you increase your damage as a tank. Why? A tank with no damage output is just an annoyance. Everyone will ignore you, and they will kill you after they have killed your team. You need a ‘presence’, and for Margraves, damage is his only option, since his crowd control will be on a long cooldown after 1-2 abilities. 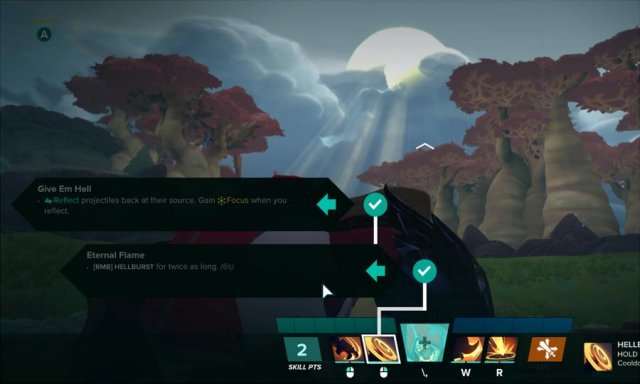 Next, you will upgrade your shield. There are two paths you can take, depending on what your opponents are doing. If there are ranged characters, you will take the reflection tree. If there are no ranged characters, you will take the damage tree. The damage is actually quite high and definitely a surprise for Margrave to whip out in a fight. It’s something like 300 damage a second, I think. 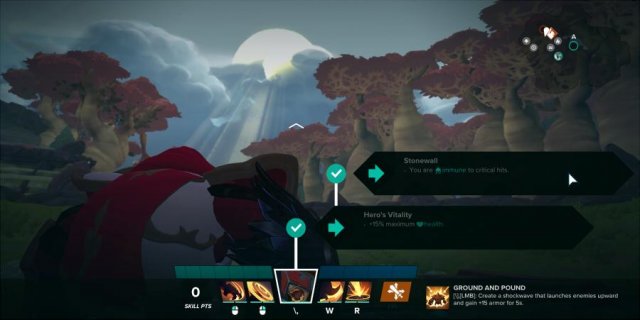 Finally, you will give your health an upgrade and make yourself immune to crits. This is the least useful of your abilities, due to the fact that it doesn’t really help you directly. It merely extends your lifespan. Your other abilities will help in preventing you from taking damage and help with escaping, which is far more valuable. Still, more health is a great thing, and you are a tank, so take it!

There are a few tricks you should know as Margrave to make him more effective.

You are irrevocably and undeniably the leader of the team when you play a tank. This is because you are the slowest person, and you are the most useless by yourself. If your team wants to get any mileage out of you, they will follow you around the map, into combat, and help you fight. They will know that you have a ton of hitpoints and CC, effectively making you the barrier between the enemy team and themselves. They will also know that you will show up late, if they rush ahead of you.

With a great job comes great responsibility. You need to make sure you are making good plays. If you don’t make good plays, you can pretty much lose the match single-handedly. Keep good eyes on that minimap, make sure you brush up on tactical plays.

If you are defending at the key location on a map, like D on Siren’s, and you notice a backdoor occurring at a creature on the other side of the map, what do you do? You don’t go back to defend, because then you are leaving the key point open to attack, and they may kill your creature before you arrive to save it.

Instead, you push into their base and start destroying their creature and anyone who is there. After all, if someone is on the other side of the map, that means they aren’t with their team. This means you have the advantage. Ideally you want to trade creatures and take a kill or two, putting you ahead, while still having the key point in your possession.

Start thinking of how you can win any match you play, and even if you can’t make it happen in your current match, keep in mind how you would win. Someday, maybe you will be able to make the play in a future match. So, it’s good to pre-meditate.

This is for the Vodens that want to never die, surprise people, and ruin your enemy’s day. ContentsAre you Voden Material? The Abilities (Build Guide)The Mindset (How to Play)Mind Games […]

A Charnok guide for beginners and players who don’t know how to build him. Other Gigantic Guides: Gameplay Tips for Beginners. Voden Guide. Crowns and XP Guide. The Build (Skill […]