A guide to succeeding at the Gamari Horse Mother ritual.

Gamari Horse Mother is one of the trickier rituals in the game. It’s also a solid way to power up a female warleader and can provide a really cool treasure! Here’s how to get those rewards, among others.

This ritual is a little unusual in that, rather than taking on the god’s role, the quester plays the role of an advisor and helper to Gamari.

You can start the game knowing this ritual if you made particular choices during Clan Creation: your Famous Event was anything other than the Milk Gift of Busenari, and when the First Clan split your ancestors were the best herders.

Otherwise, you learn this ritual by sacrificing to Gamari.

If you put at least two points of Sacred Time magic in particular areas, some choices in the ritual will be boosted. While this isn’t essential, it can help a lot, especially since this ritual is relatively difficult in general. 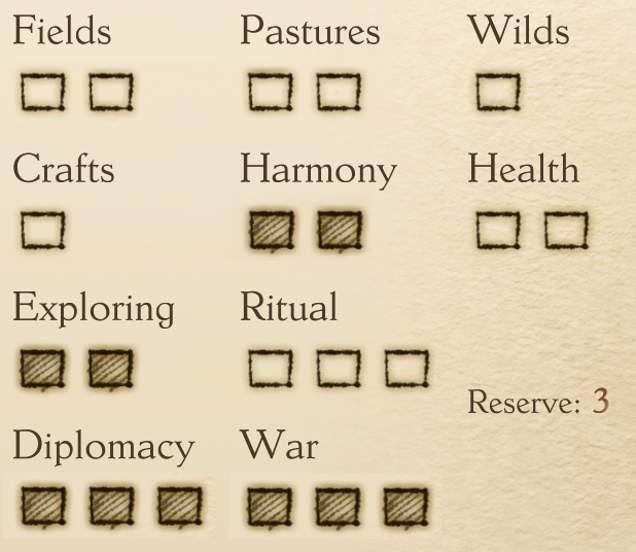 The three types of magic that come up throughout this ritual are War, Harmony, and Diplomacy. You don’t necessarily need all three—depending on your quester’s skillset and the choices you make, either War/Diplomacy or War/Harmony can work, and a very specific skillset (extremely high Leadership and Food) makes a path that uses only Harmony magic viable.

Exploring magic can also help with one particular choice (which is only available to Cenalan clans).

As with other rituals, there is a penalty for trying to perform this ritual too frequently. Wait at least five years after succeeding at the ritual to try it again.

A certain event can create an exception to this rule — if you successfully aid Hippogriff while exploring the plain of black glass it will become an auspicious time for a Gamari ritual, even if you just held one last year.

Asking Other Clans to Assist

You can ask both Riders and Wheels to help youin this ritual, since she is one of the goddesses you share. However, Riders are much easier to convince!

Convincing other clans (of either culture) is a test of Diplomacy vs. Skepticism. As such, the Golden Honeycomb treasure and the Snake Spirit can help you out here.

Other factors that can help convince Riders include having a circle member who worships Gamari, or one with the Matriarchal personality trait. Having a temple to Gamari will also demonstrate your dedication to her. Allies are likelier to help than non-allied clans. And as usual when dealing with other clans, diplomacy magic (two points or more) will help.

On the other hand, trying to repeat the ritual too soon (with five years of the last time you tried it) will inflict a penalty. Your neighbors know as well as you do that that’s a risky idea!

While the Cenala schism is active, fellow Riders who agree with you will almost always agree to help as a matter of course. (If you get a reputation for accepting help but not giving it, though, they may stop showing up—so be sure to help out when you get “please help us with our ritual” events from your neighbors!) This automatic help will go away if you solve the schism.

You can also ask Wheels to help as well, though it’s more difficult. However, it is extremely difficult to get through this ritual without offending any Wheel helpers you have around (and doing so will cost you a treasure). Personally, I’d leave the Wheels out of it for this one!

If you have a treasure sacred to Gamari, you can have your quester take it into the Gods War. I am not sure if this boosts your overall odds of success, but it does open up a new option in the ritual (the only ritual where this is the case) as well as in some of the situations you can end up in if your quester strays from the ritual path.

And of course, you launch the ritual with a sacrifice. You can sacrifice up to 35 goods, 35 cows, and 17 horses. Personally, I usually sacrifice 35 goods and no cows or horses. You might want to sacrifice more if you’re suffering Divine Disfavor, couldn’t get other clans to help, or are trying to do the ritual too soon.

Only women who are not shamans are eligible to perform this ritual. And a worshipper of Gamari will reach the her side more easily than someone devoted to another goddess. This manifests not as help performing the ritual actions, but as a starting boost towards your quester’s odds of getting a reward.

The recommended skills are Combat and Leadership, and a quester who’s good at both will indeed be well set to make it through the ritual. However, it’s good to also have some skill at Diplomacy or Lore (in addition to Leadership) to get through the second stage.

Combat alone can get a quester through three out of four ritual stages successfully, which is generally enough to pass. And high Lore combined with either Magic or Combat might be a solid alternate path through the ritual.

Keep in mind that Sacred Time magic can help your quester a lot—you can use it to compensate for any weaknesses she has!

While the hero Ayvtu does not worship Gamari, she does have a special advantage at many of the warlike options in the quest. Additionally, she is generally skilled in Combat, useful in this quest. However, Ayvtu is not guaranteed to succeed, and like any quester she can die if she bites off more than she can chew in the Gods War.

Stage 1: Yamsur and His Foes

This stage deals with Gamari’s painful transformation from Hippogriff to horse goddess, at the hands of the many terrible enemies of her unreliable friend Yamsur.

It’s not possible to prevent Gamari’s transformation—and your clan might not want to try! Rather, the quester can help her endure it. 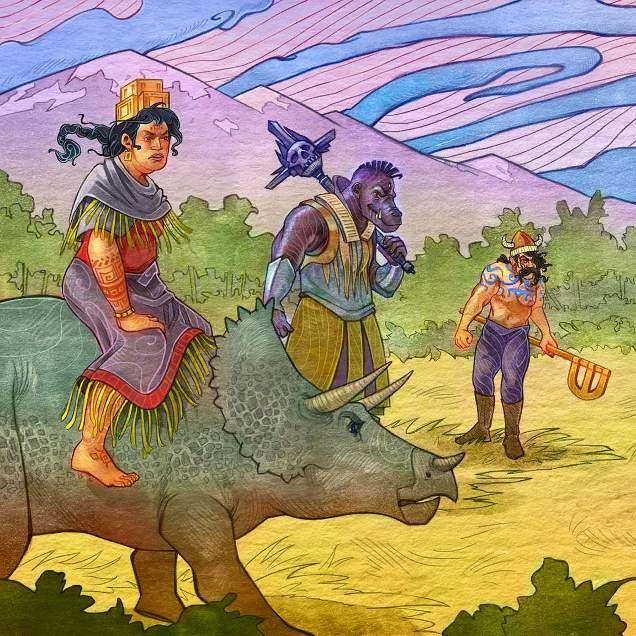 Maran Gor, shaker of the earth

Instead of fighting, inspire Yamsur to do his duty

In this stage, the quester must help forge the bond between Gamari, goddess of horses, and Hyalor, god of horse-riding.

I’ve noticed that this is also the stage where failures sometimes catapult my ritualists into random parts of the Gods War. 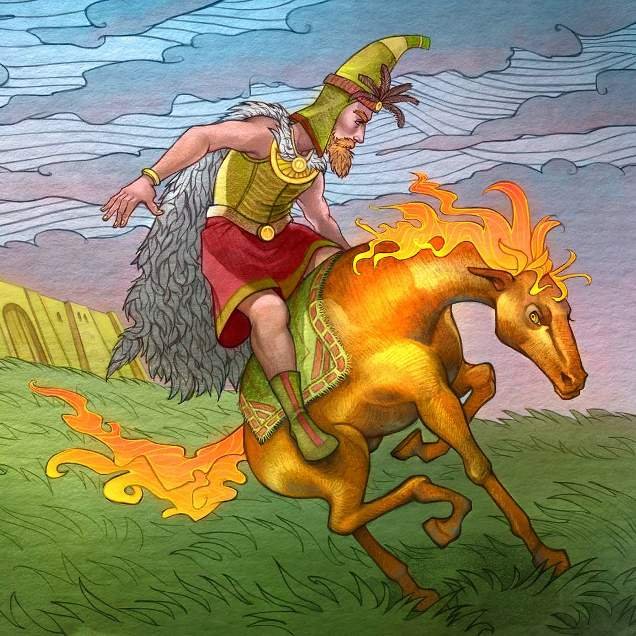 Sing a song satirizing the fecklessness of her previous ally, Yamsur

Thank her for the many great deeds she will enable

In this stage, the rival god Samnal attempts to bind Gamari in chains. How does the quester attempt to thwart him?

Note that all but one of the options here offend Wheels if you have some attending—and the exception is both extremely costly (giving Samnal a treasure) and requires you to have had a Gamari treasure on hand and to have brought it along with you. 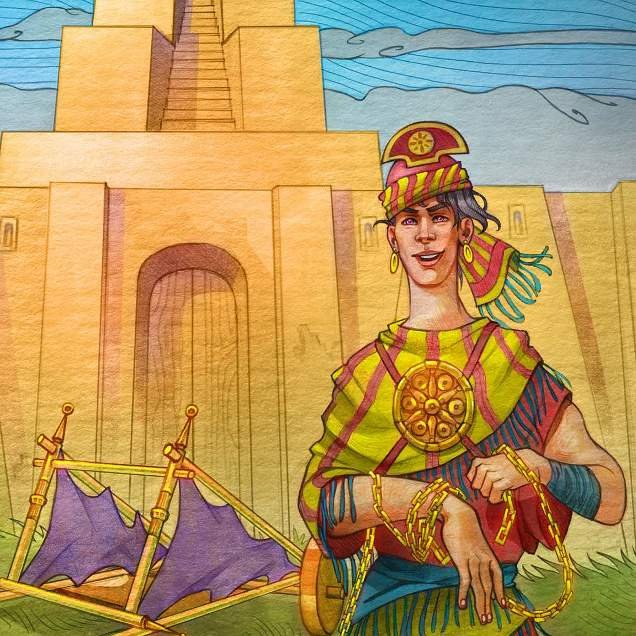 Appeal to Elmal, governor of the golden city

Offer him the treasure you brought with you

Rouse Hyalor’s kin and companions against him

Trick him into taking one of Gamari’s daughters instead

Stage 4: The Miracles of Gamari

In this stage, your quester chooses a famous deed of Gamari to assist and reinforce. Some, though not all, of these options unlock unique rewards.

Frequently, at least one option will be missing. I haven’t been able to figure out a pattern as to which are available when. 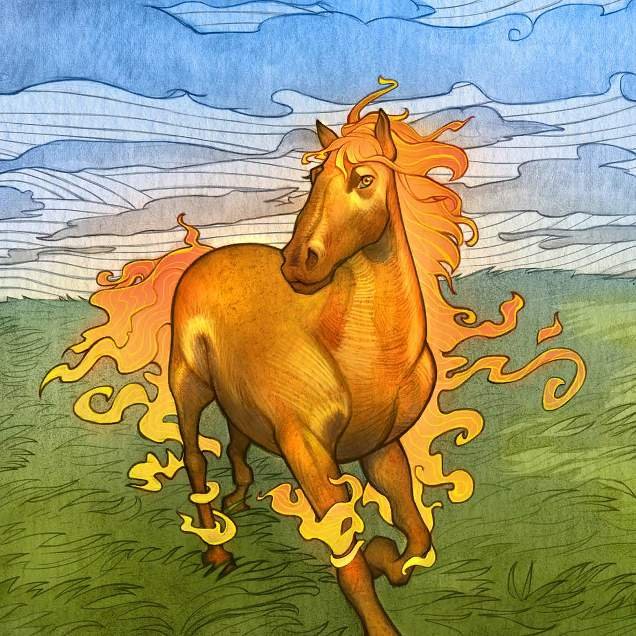 Teaching us to ride