This guide includes fixed spawn locations of Excavator Mike, his loot table (based on my observations), tips for farming him and tips for the event in general. 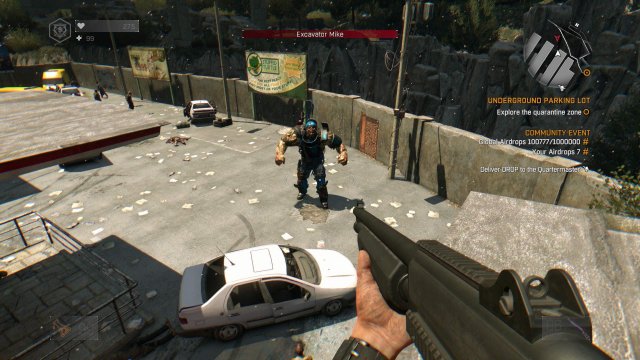 You can select Underground Parking Lot as your active quest and exit and re-enter the save to farm this location. Don’t use the white car as cover. There’s a puddle of fuel next to it and the concrete chunk Mike throws seems to ignite the pool. Instead, use either the white van nearby if you’re going melee or the rightmost roof if you are going ranged. Just make sure you bring him closer to the roof first to make sure that the concrete chunk doesn’t go over the roof. This location has some zombies. Clearing them out first is advised if you’re going melee.

Near the train shed with 2 toads, 1 goon and multiple gas tanks. 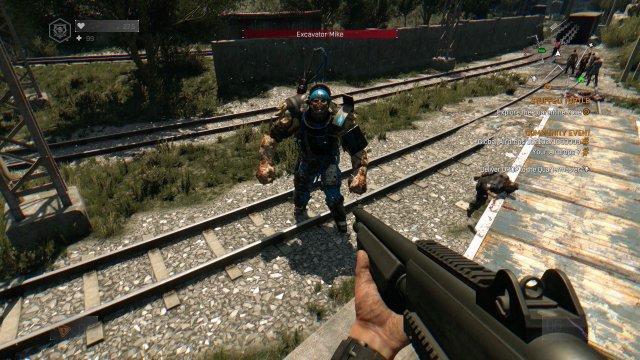 You can select Underground Parking Lot or Stuffed Turtle as your active quest and exit and re-enter the save to farm this location. Use either the support columns of the structure going above the railways (deal with the toads first if you are going to use them as cover) or the yellow railway wagon (preferably inside) as cover. This location is easier to farm since there are fewer zombies nearby (not counting the area filled with gas tanks), is closer to the quarantine zone and has more cover.

On a path leading to Rais’s tower. 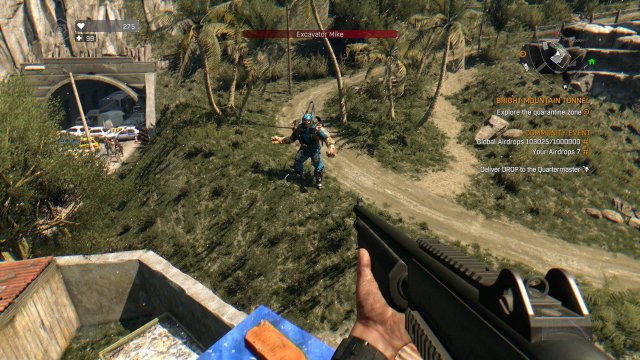 You can select Bright Mountain Tunnel as your active quest and exit and re-enter the save to farm this location. Definitely use the trees as cover. Killing him is a piece of cake when both of you circle around the trees. See those 3 trees to Mike’s left? The 2 closest of them are the ones i’m talking about. This area is the easiest to farm since the cover is excellent and zombies mostly stay on the road. A few of them might follow you from the tunnel entrance.

At the north-western corner of the map, near the quarantine gate. 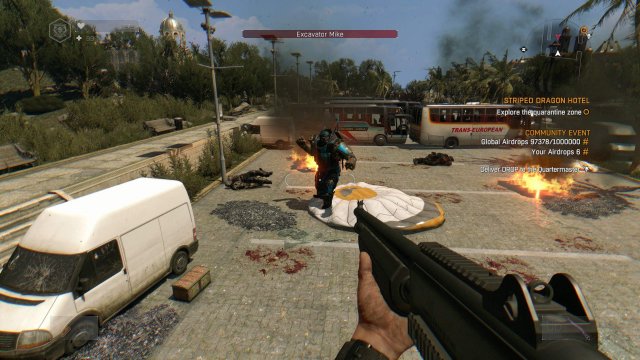 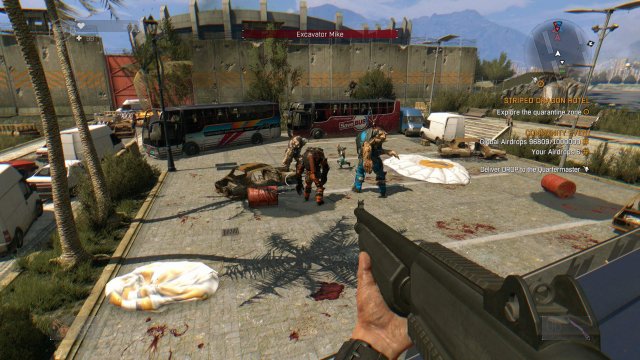 You can select Striped Dragon Hotel as your active quest and exit and re-enter the save to farm this location. As you can see this is the harder location to farm since there is a family of demolishers here. Simply deal with the weaker 2 and then proceed to the big guy. There are 2 fuel puddles nearby. Ignite one of them and simply circle around it. Mike seems to avoid the fire and circle around the puddle with you. These puddles are ideal for both ranged and melee attacks. One thing to watch out for is the ranged attacks of Mike. 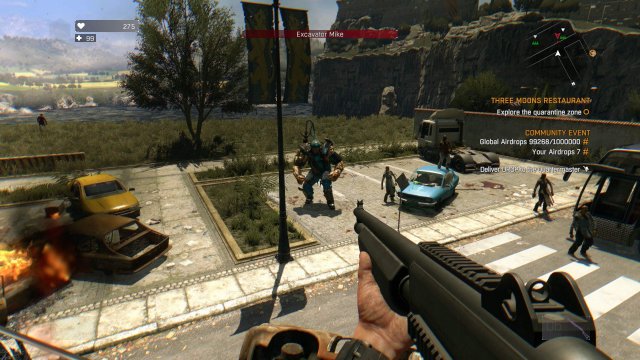 You can select Three Moons Restaurant as your active quest and exit and re-enter the save to farm this location. This location may be easier to farm compared to the one above but there are still way too many zombies here. You may need to do a lot of slashing bits and limbs before going melee on Mike. I suggest using the blue trap car as cover. Circle around it while attacking Mike but don’t go on top of it. If the place gets crowded with biters, retreat and activate the car trap.

This section is purely based on my observations and these values (%) represent relative frequencies. I haven’t noticed the difficulty having any effect on this loot table.

You get a GREcipe blueprint for completing his bounty. This reward seems to be bugged for some players (including me) at the moment.

Last Hope (Crafted with pickaxe) combined with a crossbow is my number 1 recommendation.

Crossbows are my number 1 ranged recommendation.

Shotguns are my number 2 ranged recommendation. It’s easier to land head-shots on Mike with shotguns.

Dying Light: The Following – How to Find Haemorrhage Blueprint

Dying Light – Tips and Tricks for Getting Started

Before you play the Dying Light game, you will definitely want to know these simple but useful tips and tricks. If you have any tips feel free to share with […]

Dying Light – How to Farm Scraps

The easiest and fastest way to complete your tasks. Guide to Farm Scraps What Do You Need to Do First of all, go to Stuffed Turtle. There, you will see […]