This is an Ichthyornis with other things for scale. 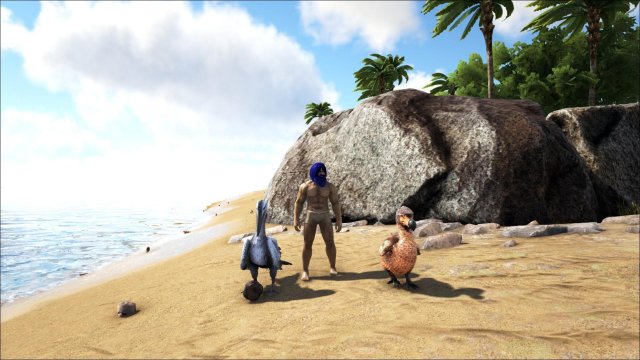 For those who don’t know, Ichthyornis are these annoying birds that swoop at you and steal things. They’re like pegomastax, but airborne.

If you can tame one, though, you can get access to an Ichthyornis’s other, non-stealing power: Making prime meat. Basically, you can have an Ichthyornis catch small animals for you. The animal corpses will have a buff that makes them drop prime meat, even if the animal is a fish or a dodo. 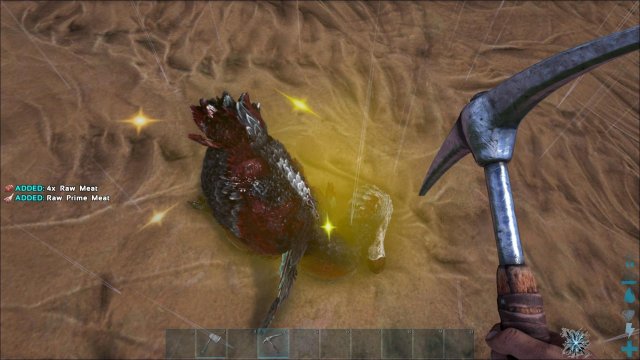 Ichthyornis live on beaches and offshore, like most of the other seabirds. You may have to search for a bit.

After you have found your Ichthyornis, you need to tame it. The easiest way is to get its attention, and then use a bola. Then, knock it out, but be careful. Ichthyornis have very low health compared to their torpor. Try and be precise, and remember that headshots are 3x the damage. 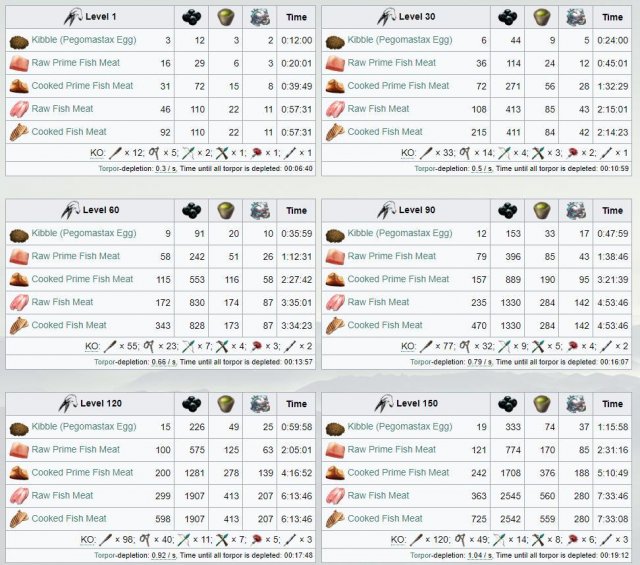 This is a taming information table taken from the wiki page. Results accurate as of 8/26/2017.

Your best hope is bolas. Get it to chase you, sprint a little ways away, then bola and kill it.

If you don’t have bolas, either flee before it takes more stuff or use a spear/dinosaur. They have low health, but man they are fast.

Now that you’ve got one, time to put those special golden corpse powers to use.

The Ichthyornis can ride on your shoulder. Double tap the F key to throw it. If you throw it while the screen is centered on a dino, your Ichthyornis will attack it.

If the dinosaur your Ichthyornis attacks is one of: 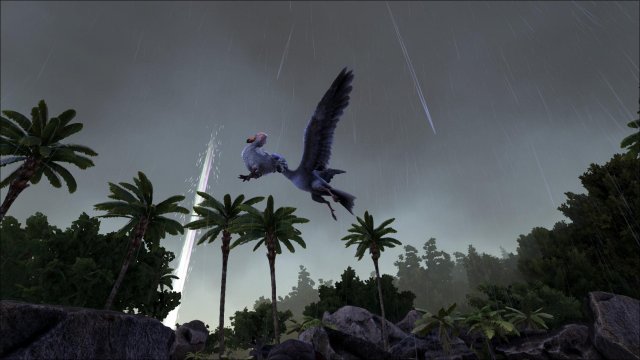 An Ichthyornis holding a dodo.

Ichthyornises have three modes: No hunt, hunt, and hunt & retrieve.
side note: I haven’t noticed any difference between hunt and no hunt sorry about that lol

No hunt and hunt are like default settings. When set to attack a target your Ichthyornis will attack the target, picking it up if it can or dive bombing it if it can’t. If the target is being held, your bird will harvest the corpse on its own.

Hunt and retrieve is notable for being the way you get your golden prime meat corpse ™. This only works if your bird can pick up its target. Basically, rather than harvest the corpse, the corpse will glow and the bird will drop it on the ground for you. The glowing corpse will give you prime meat. 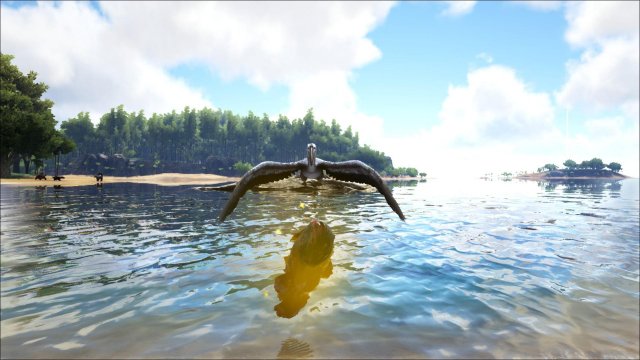 Ichthyornis gives me a golden fish.

sidenote: Your Ichthyornis will often get sidetracked. After it kills its target it will go after other, nearby targets. Best I can tell you just have to whistle it to passive every time. 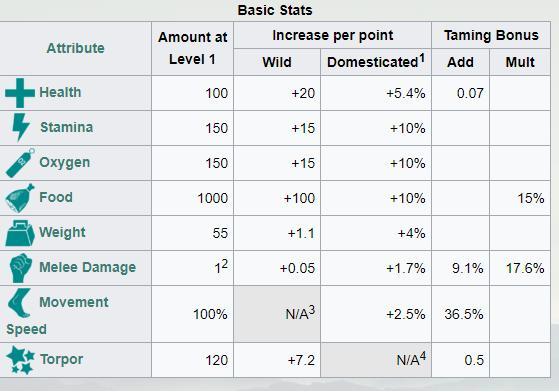 ARK: Survival Evolved – Removing Tether Distance if You are Playing with Another Person on a Non Dedicated Server

How to remove that annoying tether distance from a non dedicated server so that your friends or family dont teleport to you after going a certain distance. Benefits / Downsides […]

A concise compilation of all the basic information you might need to tame all of the new creatures added in the Aberration DLC. ContentsGlow PetsBulbdogGlowtailShinehornFeatherlgihtMid-Game CreaturesRollRatRavagerKarkinosEnd-Game CreaturesRockDrakeBasiliskReaper Glow Pets There […]