Guide to help new players to learn the fundamentals of Cruelty Squad.

When you start the game one of the first things you see is the border encompassing your screen. Most new players will put this off and most likely not notice it, however the borders are important and allow you to do a multitude of things.

There are three borders (and a secret one) that almost all give you some special perk. I will not disclose the secret one, but here are the first three. Changing borders involves dying a set number of times on a single level.

Allows you to open white doors that lead to helpful/secret items. Upon death with this border you lose $500 to re-spawn.

Does not affect anything. Upon death you are charged $500 to re-spawn.

Allows you to consume the flesh on enemies and civilians to receive 1 HP per morsel. You are no longer charged money to re-spawn, as you are now in an infinite cycle of resurrection (of which is extremely painful). 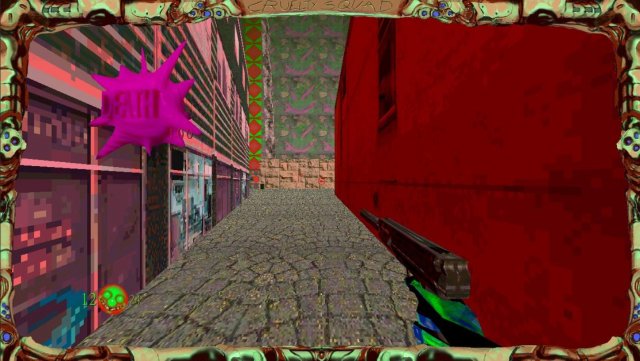 In this section you will find multiple tips you may be able to use at your advantage early game.

In this section you will learn about your weapons and types of damage.

In cruelty squad there is a variety of weaponry, ranging from silenced pistols to heavy machine guns to burst weapons. These weapons are all different and useful in a variety of scenarios. I will be touching on this so you aren’t ultimately confused while playing stuff mid-game and die a multitude of times.

Cruelty Squad – How to Get Secret Weapons