So you’ve played Atomega and you’ve got beaten around by massive gorilla creatures and you’ve thought “Man, those guys were majestic, I want to be big too.” well then this is the guide for you!

Do your arms look small? Does your gun shoot quick? Do you move rapidly? Then you, my freind, are tiny. Now, as a small guy your gun isn’t that great so what you don’t want to be doing is picking a fight with the guy who’s TEN TIMES YOUR SIZE. Seriously, stop doing it, run away, hide somewhere, find some boxes, don’t attract the big guys attention, they will kill you without even thinking about it. Listen for footsteps, watch the horizon, know where the big guys are and aim not to be there. Always be looking for the next bit of mass. 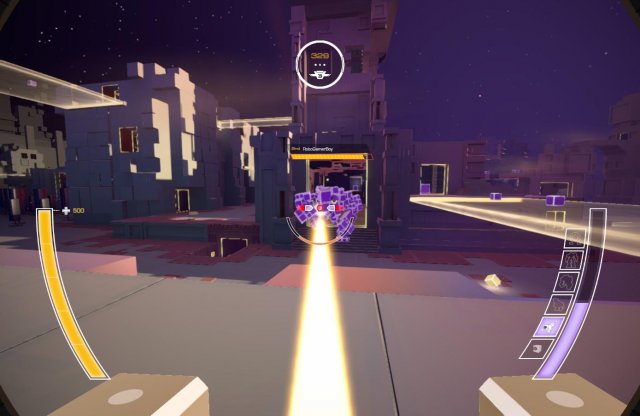 Live to Fight Another Day

The shrink button (defaults to ‘Q’) using this correctly is absolutely crucial to being good at Atomega. Dying is a giant step back, shrinking one level really isn’t. If you know your opponents last shot will be a death blow don’t risk it, get out of there, one level is easy to get back, 7 levels aren’t. 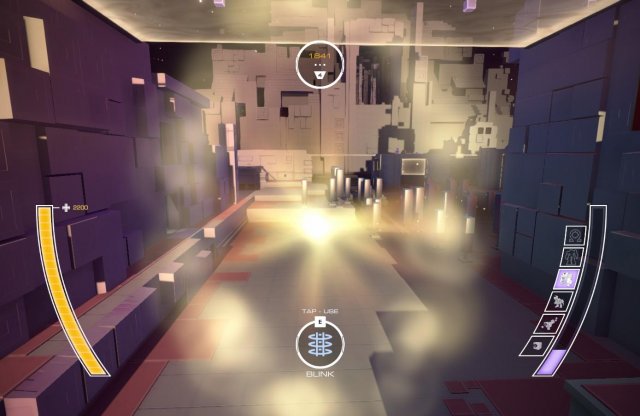 Powerups in Your Pocket

If you don’t have a powerup you are vulnerable! Always have one, know where they are in the map, aim for them. Some of them float in the air and need a jump from a big guy, memorise their locations! Powerups can turn a fight in your favour very quickly. 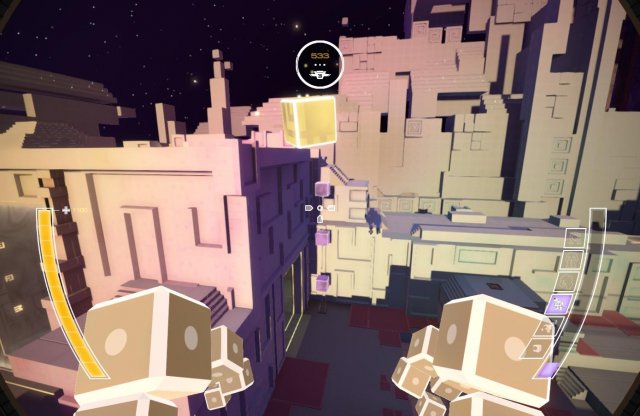 Blink Is Your Best Friend

The blink powerup is the best powerup to have if you’re big. It’s a giant get out of jail free card, if you get into a fight you can’t win, take the opponent down as much as you can and then pop escape to get outta there quick. 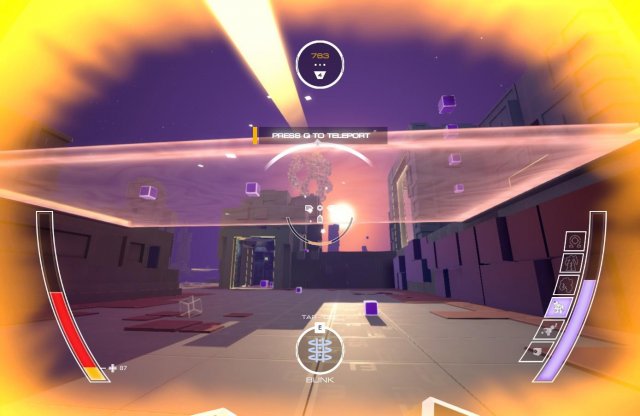 There’s a stomp button! It defaults to C or shift. It will put you on the ground quickly and is great for some air control! See a pile of boxes underneath you: Stomp on them! It will also damage little guys so is good for when a guy is pestering you. 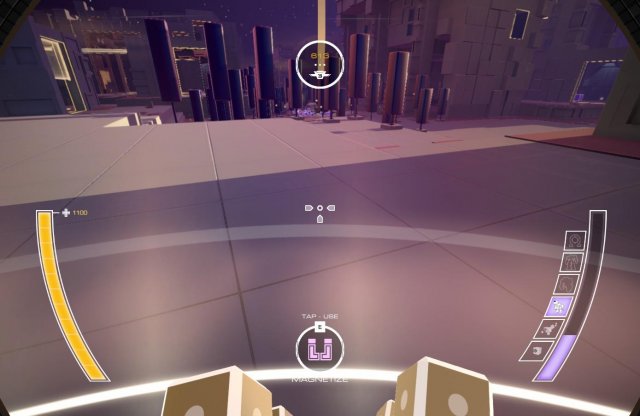 Don’t go out in the open as a small guy unless you know it’s clear! There’s loads of pathways through the map for the little guys to exploit that are relatively safe from harm and have lots of juicy boxes to gobble up in peace. 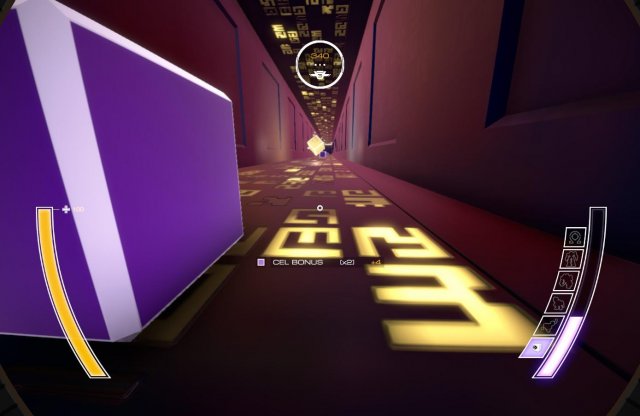 Shoot them light doors! The semi transparent milky looking bridges and doors? Shootable at any size! Shoot them to gain access to place quickly, or shoot them out from under people if you want them to plummet to their doom. 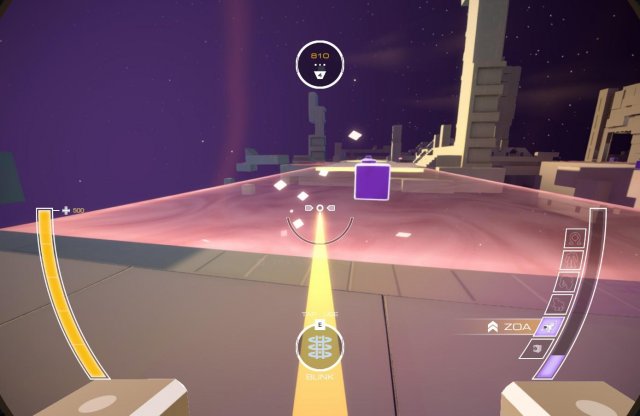 When you get to OMEGA it is the BEST way to score points and win the match, don’t waste it. Use your laser to hoover up boxes in the map, just like if you had the magnet power up. Don’t focus on hitting people as they will just run away, robbing you of valuable box collecting time. Only target people if they are properly battering you or you want to rob a potential rival of a level or 2. The one exception to this is ALWAYS target another Omega unless you can convince him (using the V chat wheel) to not shoot you, they will destroy your Omega quickly if not dealt with. 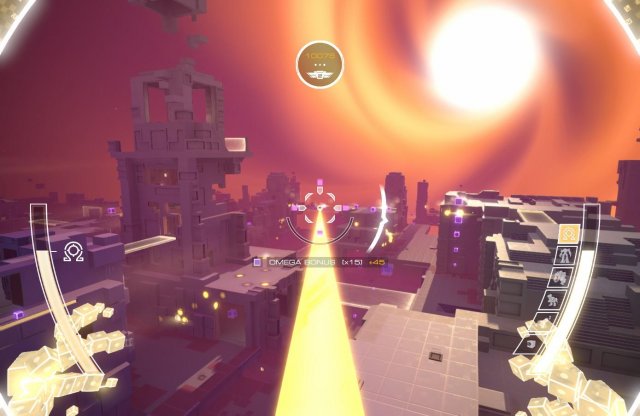 The central tower usually has a ton of boxes on top and is relatively quiet, everything up to Superior can make the jump up there (Prime is a little tricky). So head on up, grab the boxes and survey the map from a good vantage point. 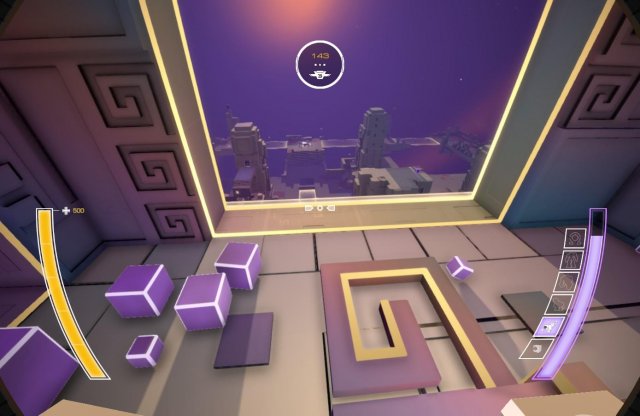