A small guide to help new players settle in the world of Valnir Rok! In here you will be able to find basic crafting recipes needed to create tools, weapons, and other useful objects.

Wood is one of the most important materials for beginners. Without wood, you won’t be able to progress your game further. To collect wood you need an axe (chopping down trees) or you can find wood around the forest and spawn point. 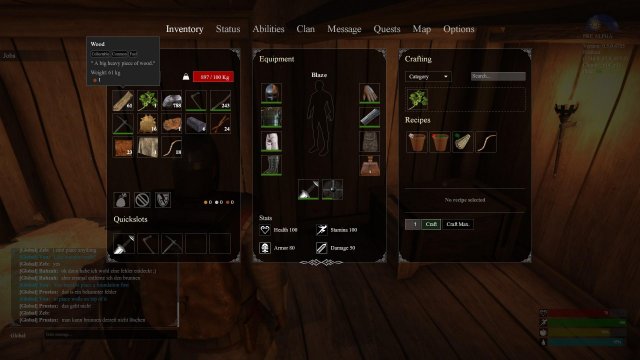 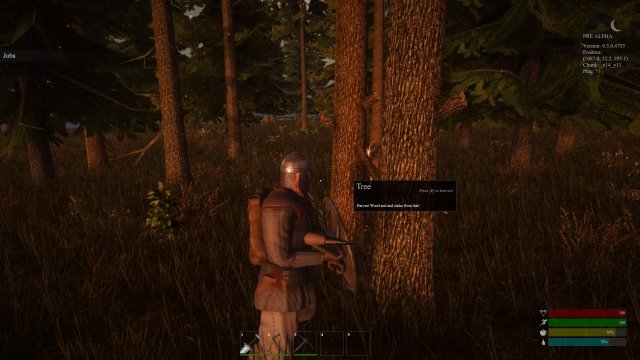 Stone is another material which will be with us throughout the whole game. It is used to craft first weapons, used as a material for building stone houses (later in the game). Stone can be collected through using a pickaxe or stoneaxe (stoneaxe gives less materials) on rocks to extract stone and iron ore (really useful later on in the game). Also stone can be found around the world. 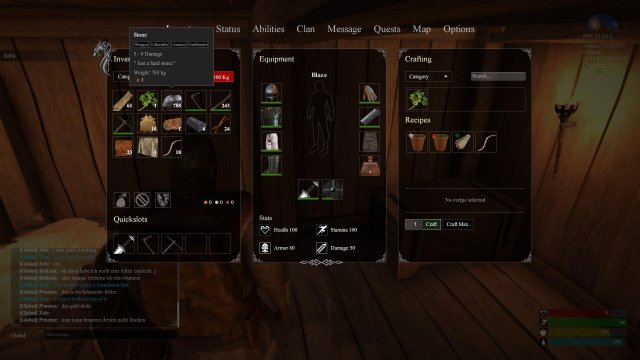 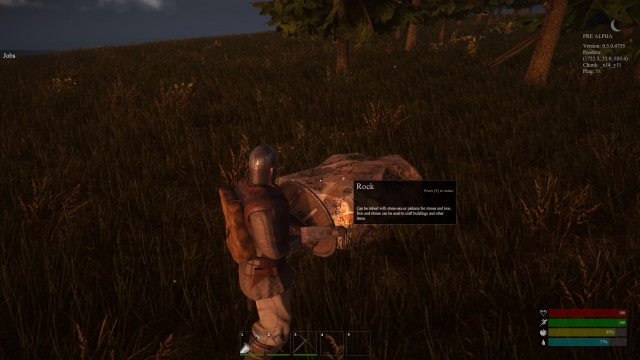 Fibrous Plant is one of the most important materials at the start of the game. When running around the world make sure to collect it, as it doesn’t weigh too much but it will be useful later on to make thread which can be used to make clothes and different important objects. 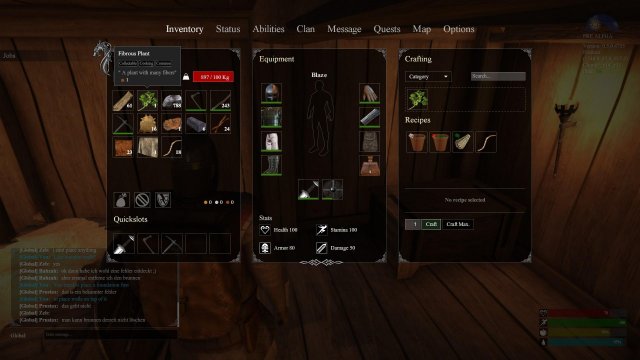 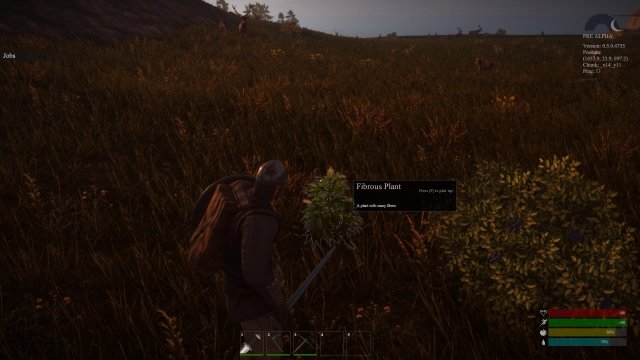 Animal Skin can be gained by killing different animals. Currently there are only 6 animals available but as the game will progress I’m sure there will be more joining the world of Valnir Rok. There are 3 types of animals we can find, neutral, neutral-aggressive and aggressive. 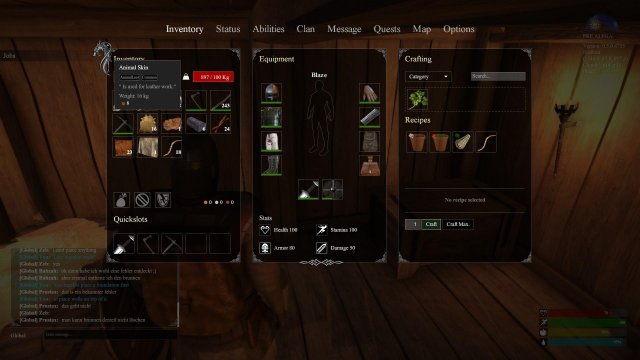 I won’t go into much detail on how to create every single thing as it would take ages and its not fun without discovering it yourself but I will show you the basic items which I think should be shown to newbies. 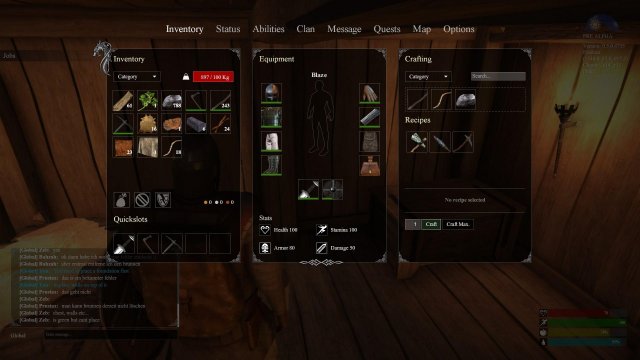 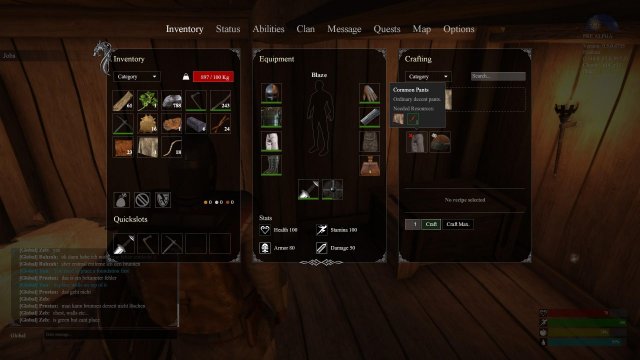 Leather Bag (Useful as you can collect more materials) 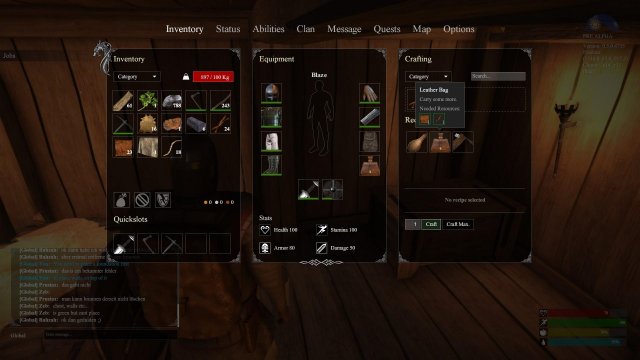 Thread (Used to make cloth and other useful items) 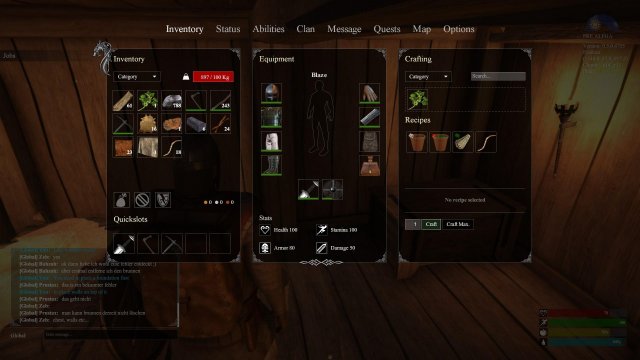 Boots, Shirt and other (To craft these you need to discover them yourself, but in most cases you need thread, leather, leather strip etc.) 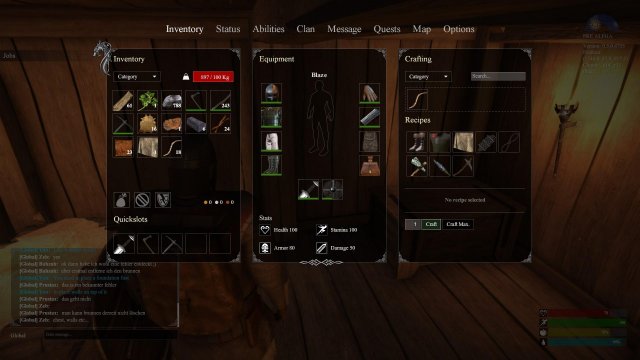 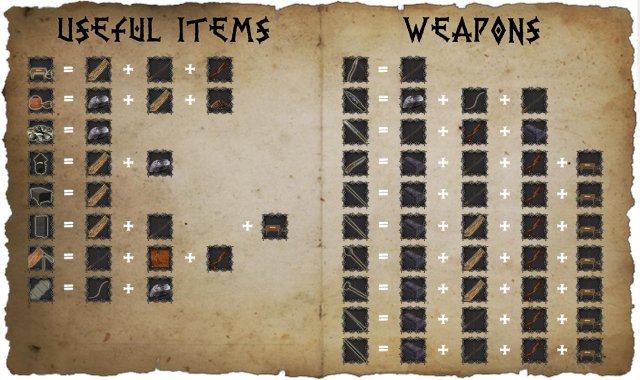 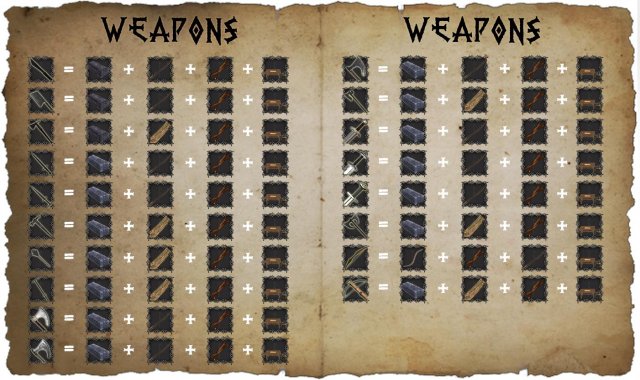 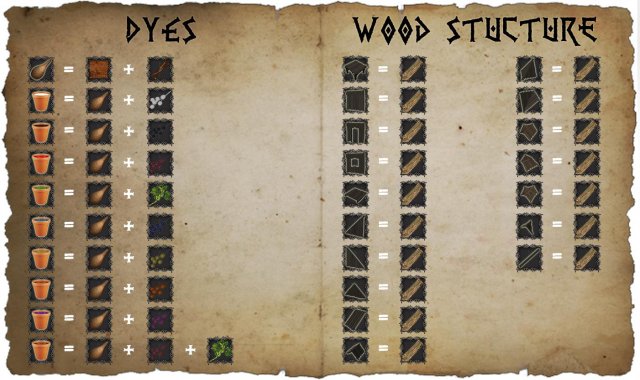