Pretty detailed list of fun stuff to do around Hope County, from unlabled wingsuit locations, to freestyle parkour areas!

So you’ve done everything there is to do in Far Cry 5 and want more! This is a quick, but detailed guide to fun stuff to do around Hope County.
Basically, these are areas I found that around that have fun or interesting things to do (They might be in some missions).

Wingsuit Locations, you obviously don’t have to follow the path, they’re just the ones I found the longest from the point or the coolest stuff to see. 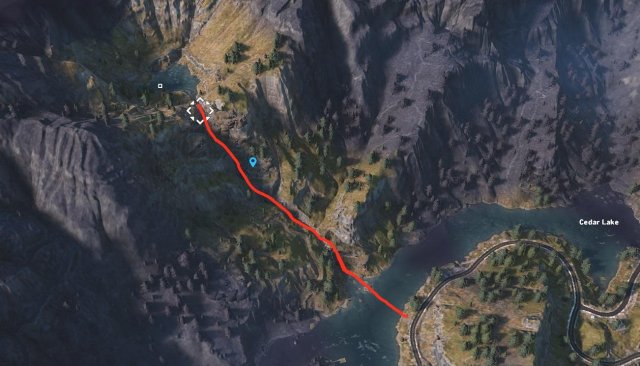 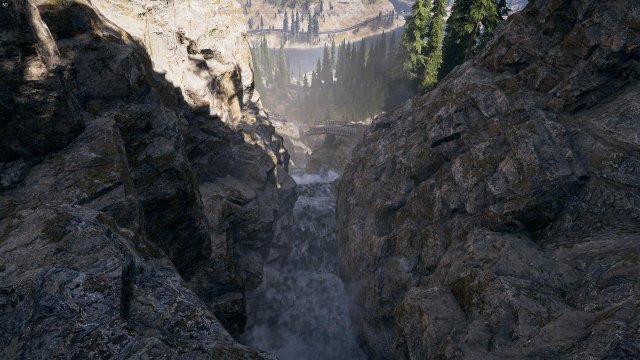 The first wingsuit route is in the top left of the map in Jacob’s Region.
To get to the wingsuit spot you have to climb up quite a ways as you can see in the image. A short, but fun, climb up with jumps and grapples, and not too difficult. Just make sure you don’t go all the way up to the lake, if you jump from there you’ll probably get a “not so fun” ride down the falls. I recommend jumping from the extended rock after the grapple downwards (You’ll understand when you get there) The reason this one’s difficulty is “Super Easy OR Super Hard” is because it depends what style you plan on gliding with. A casual ride with no dips or turns going over the falls works fine, but for the people who want a challenge, try riding in between the walls of the canyon on the way down. 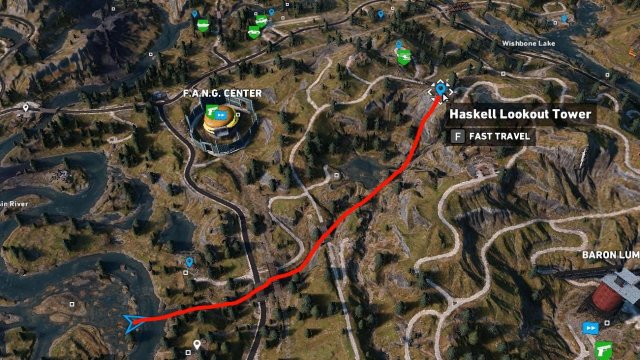 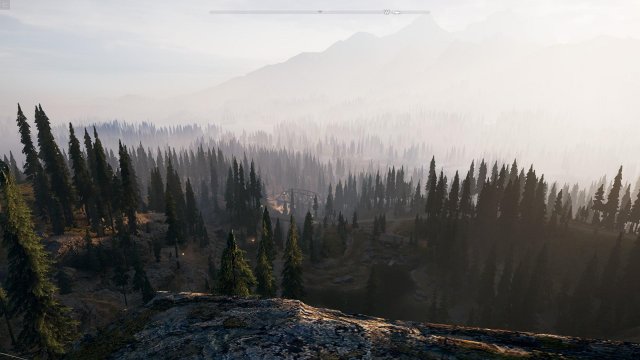 This wingsuit route is slightly east of the F.A.N.G. Center. It’s an easy drive to get up there, but if you’re still early game then watch out for the cultist. Goto the south-west rocks to the right of the zip line. From there you’ll see in the distance the two bridges, you will fly over the first and through the second (or over/under the second if you don’t want to go through) If you make it and continue gliding you should end up somewhere in the Moccassin River’s Delta, or the road past the bridge. For an alternative route go under the 2nd bridge on the left side, there’s a small creek you can follow down between the walls. For a longer glide, you can start from on top of the watchtower, and go in any direction you want really. 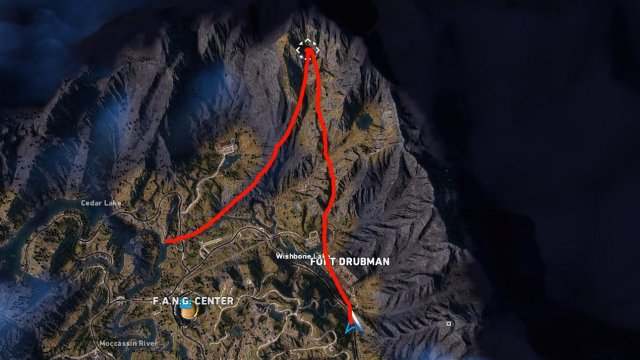 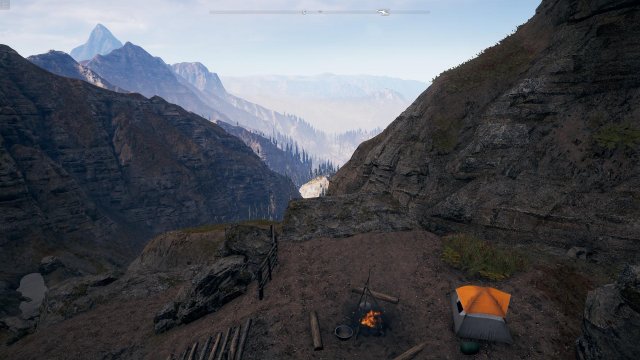 To get to this area you have to walk… a lot… or fly up in a helicopter. Where you start is a rock extending from the camp up top. Now you probably noticed I put two paths on the map, that’s because there are two paths! (Wow, imagine that!) These routes take about 2 minutes from start to finish, and you can see a lot on the way down. 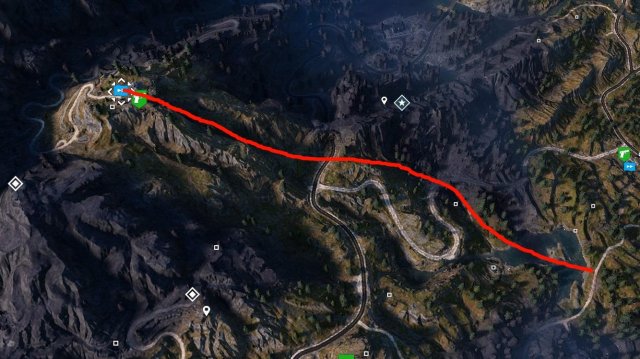 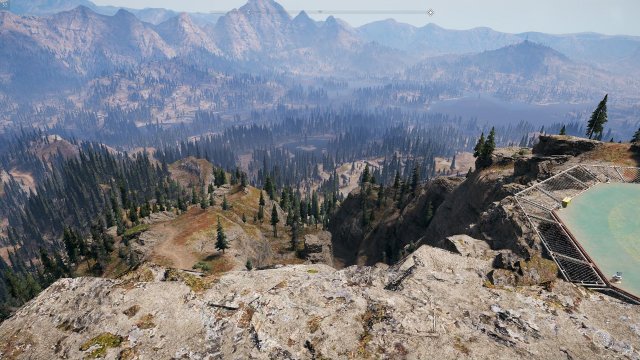 This area is north of Fort Drubman Getting up to this point is super easy, just ride up or take a helicopter up. Once you get to the station there may be cultist there if you’re still early game. Goto the far east of the station and you’ll see a helipad and a taller rock ledge to the left of it. Jump from there and you’ll fly all the way down to the road, or a lake if you don’t make it that far. 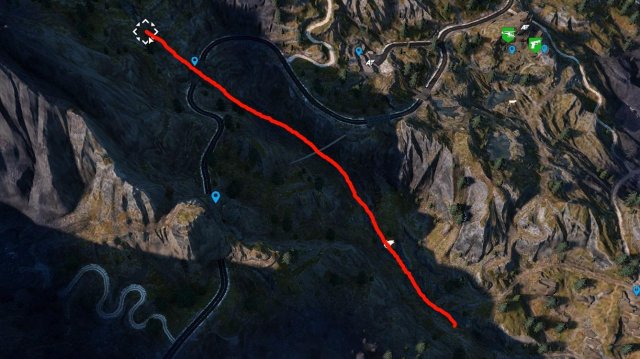 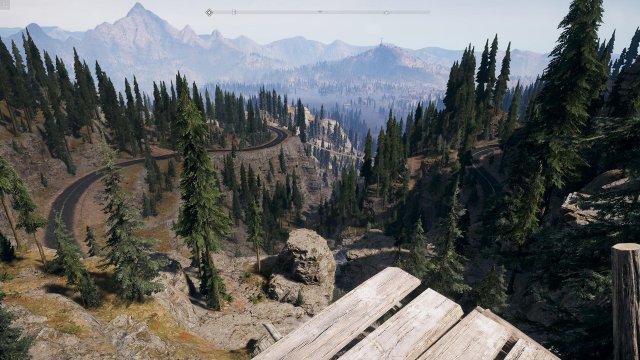 This wingsuit route is south of the PIN-KO Radar Station. Again, to get up there is a decent climb, or just take a helicopter. This one goes under a bridge which you see in one of the story missions, and if you want a challenge you can try to land on it. You’ll end up somewhere down the falls but can wingsuit off some of the larger rocks if you want. 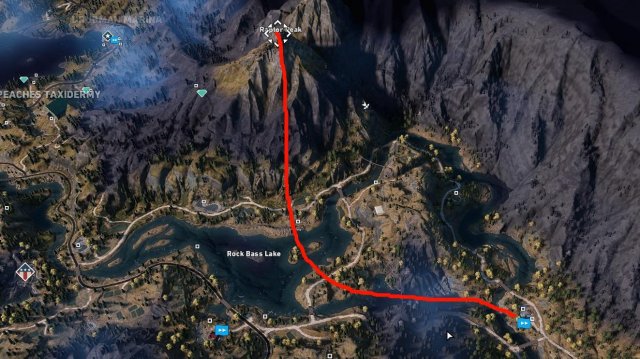 This wingsuit route is north of Rock Bass Lake in Faith’s Region. The climb up is challenging and I highly recommend it. Also, you’ll get ambushed by eagles at the top so beware (It will also be mentioned in the climbing areas section of this guide.) 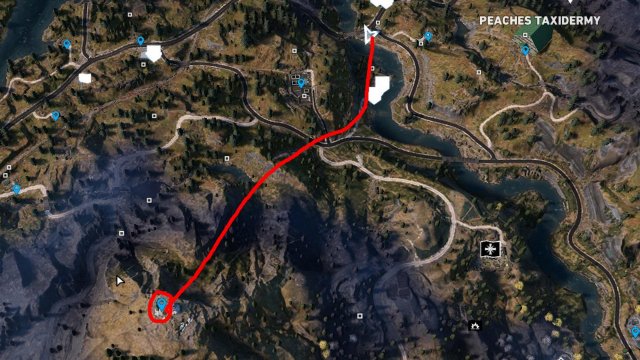 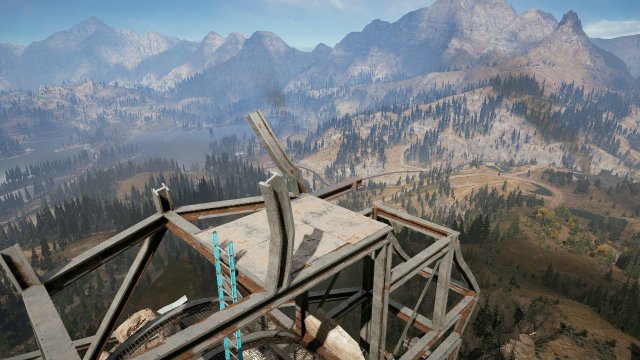 Remember that giant statue you destroyed first thing, well. first thing if you’re a cool kid…, of course, you do! Now fly up to the top and jump off. Why? Uhhhhh, because you want to! 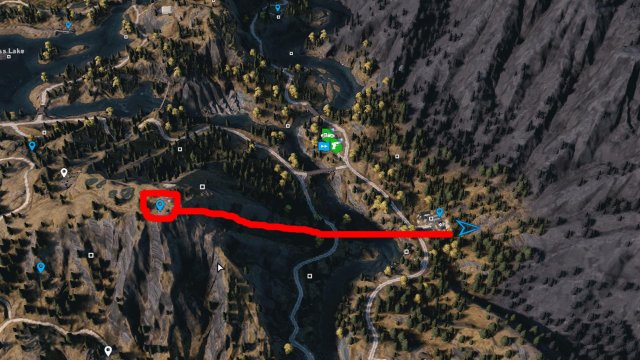 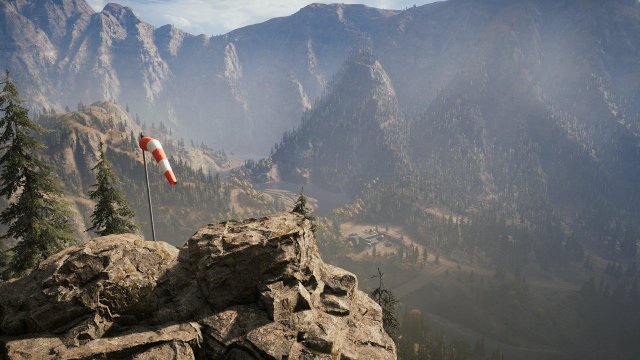 Located in the south-east of Faith’s Region. There is a rock area with a wind sock on it, you can jump from there going east for a decent wingsuit path. 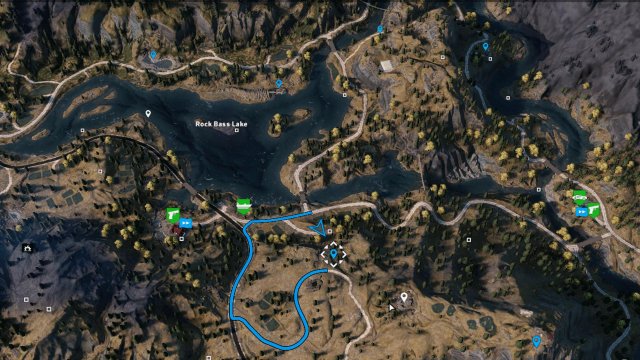 Starting from the top of the cave and going to the bottom exit you’re looking at an 80-second parkour course if you speed run it. Its pretty cool being its underground and involves grappling, jumping, swinging, and zip lining while keeping out of the boiling water on the floor. Follow the trail from Taft Lookout Tower to the peak, starting from the first jump the course is about 100 seconds long. At the top, there are birds that will attack you if it’s your first time. There are also some supplies on the way up like medkits, ammo, and common guns. When you get to the top, you can wingsuit off, in the wingsuit section I have a recommended path, but of course, you can follow your own path as well.

Fun Stuff to Do

Obviously, the best is first… not last like all those communist politicians say… eat my ice cream whenever I please… won’t spoil my dinner… All you hardcore Far cry 4 players probably remember the ever so beloved and orgeeeesmic rope bridge of the north. Well, there’s one in FarCry 5 as well! Located under the train track bridge, at the Bridge of Tears, east of Rae-Rae’s Pumpkin Farm, you have to go through a short, fun parkour course to get here, on the other side is also a prepper stash, so if you’re new you might want to grab the goods. There are 2 grapple points, so its Co-Op friendly as well.

#2: Climb onto the Hembane Bridge Maybe you wanted to get onto this bridged by another way besides helicopter, well there’s a ladder on the south-west side. So have fun! Nothin’ says fun like two men dueling it out with 2 tons of independent, starred and striped, liberty ringing, freedom fused, American made steel! Grab a friend and 2 vehicles, and run into each other until the other blows up. For just $19.99 you can get the bonus of shooting at each other. The reason I found the crop circle the best is because the rings could be used as borders to keep the match contained, and its a big flat open field. Now, this might surprise you, but its an arch… of rocks… crazy, I know. Flying a plane through shouldn’t’ be THAT hard…right? Also, there’s a dirt road that goes through it if you want some cool pictures or a short ATV trip from the road to the river. 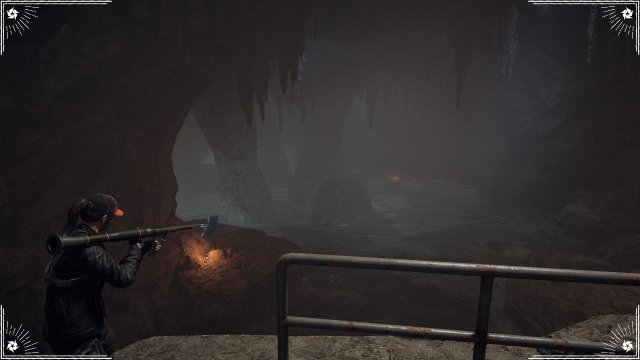 A cave located in faith’s region near Rock Bass Lake. Can be used for a video/skit area, photo background, or just something cool to visit. There is a prepper stache here aswell if you haven’t got it already. Be careful though, the water on the floor is boiling and does damage.

Far Cry 5 – How to Get Where’s the Beef Achievement

Where’s the Beef? Achievement Guide For this trophy you have to “Tenderise a Bull with your bare hands. To death”. You can find bulls at the Sunset Threshing farm in […]

How to get the unique Muscle Car (1973 Pygmalion SSR) in Far Cry 5. Other Far Cry 5 Guides: All Collectible Types Locations. All Alien Object Locations. All Endings (Resist, […]