Before I start, here are some abbreviations and short-forms you may find in this guide.

The Byzantines unique ability is Disrupt & Shock. The Skoutatos-line units and Cavalry Archers (CA) can proc the Disrupt debuff on enemies. When a cavalry unit attacks the Disrupted unit, the Shock buff applies and the enemy unit is dealt twice as much damage. The Disrupt & Shock Bonus cannot occur a few seconds after it was proc’d once for balance reasons. Otherwise, CA+Cavalry will be even more powerful since it is as if the cavalry units have doubled base damage.

For this reason, the Skoutatos-line has some synergy with Cavalry and the CA are basically meant to be partners of Cataphracts. Both units are able to handle spearmen easily, which cavalry cannot. But since the Skoutatos-line is significantly slower than all cavalry units, they are not good perfect at their job when partnered with Cavalry.

This problem does not exist for CA, and as such, it is common to see Byzantines go for CA+Cataphract/Koursors later on in the game. 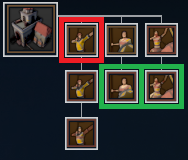 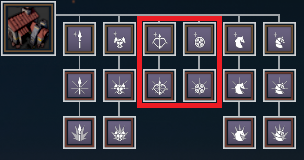 The Byzantines have everything you would want in their Archery Range, but none of them are top-tier at what they are supposed to do. Their Archers are outclassed by Chinese and French, Skirmishers are even with other civilizations under certain circumstances, and Cavalry Archers (CA) are completely outclassed by that of Arabs and Mongols.

The Mil1 Byzantine Archers have the worst attack and hp ever, so it is not worth using them so early on. Later on, however, they catch up on stats and are a serviceable counter to spearmen, but should not be used to do so since CA are better at this job.

Cavalry Archers of the Byzantines are very different than that of Arabs and Mongols as these three civilisations use their CA for different purposes. The Byzantines, in particular, use CA as support as the Byzantines have the weakest CA in general, with bonuses that assist cavalry.

What stands out is that they actually get Skirmishers, which most civilisations either do not get, or have a gold substitute counter-archer. This gives the Byzantines an edge when there is little to no gold left since they have every trash unit line available to them, with one being top-tier and the others being above average.

Unfortunately, the Byzantines miss the final archery upgrades at the Blacksmith, so their archers miss out on a bit of armor, attack, and range when compared to those who have those upgrades. Nevertheless, their Archery Range is very solid as they have so many choices, and their CA form a formidable combination with their cavalry. The Byzantines should almost never be using their Archers to form the core of their army, but should be using them as supporting units to handle spearmen and other counter units.

Subjectively, I rank the Byzantines 4th (4/7) in Archery mainly due to them having many choices, but not necessarily being an Archer Civilisation per se. 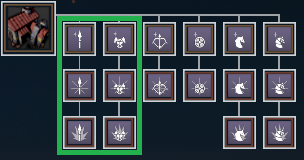 Infantry is not particularly useful in general as they lack mobility. That being said, having good spearmen is always a plus. The Byzantines have both infantry lines available to them (Skoutatos/Militia-line and Spearmen-line), and they have all elite upgrades of both. Being one of two civilisations who get the final spearmen elite upgrade, and the only civilisation to get all blacksmith upgrades for infantry, the Byzantines have formidable infantry, but they don’t use them a lot. The Byzantines infantry lines are not used a lot as they have faster replacements for both units.

Anti-cav are preferred over spearmen as they can chase down cavalry and secure map control. Of course, if gold is scarce, spearmen can replace anti-cav since you cannot afford to go anti-cav anyways.

The Skoutatos-line is used early on to rush opponents and deny resources, or to be used late-game as a support unit against spearmen/anti-cav. Since they are slow, it is harder to incorporate them into an army with cavalry. Cavalry Archers cover the weakness of cavalry more ideally as they move as fast as cavalry do, preventing units from trailing behind. The Skoutatos-line is very similar to the AOE2 swordsmen-line Militia>Man at Arms>Longswordsman>Two-Handed Swordsman>Champion, who are good against trash units (same here), but suffer from poor mobility.

Subjectively, I rank the Byzantines 2nd (2/7) in infantry as they have all top-tier options available, but their infantry as less usable than that of the Aztecs. 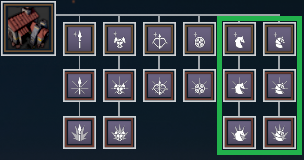 Cavalry units form the backbone of the Byzantine army. Everything you need is here, from good light cavalry (Expilator) to anti-cavs (Koursor, which unfortunately misses an elite upgrade).

The Byzantines can use their cavalry at any stage in the game and expect to dominate opposing cavalry units, except that of the French after they get Elite Lancers. Ideally, the Byzantines should be using light cavalry in early game to slow down their opponent, then switch to Cataphracts or Koursors, depending on if the enemy goes cavalry (in which case you go Koursors).

The Byzantines also have all the blacksmith upgrade available to them, allowing their fully upgraded Veteran Cataphracts to have up to 9 pierce armor, which is a remarkable feat considering Byzantines only need to upgrade their Cataphracts once to Veteran. A strong combination for the Byzantines is to have CA+Cataphracts/Koursors+Ballistas, with Cataphracts being the meatshield for your other units. This combo is very difficult to beat as it counters many traditional counter units. However, it is very gold-heavy.

Subjectively, I rank the Byzantines 2nd (2/7) in cavalry as they have all three branches of cavalry units in the game. They are so one of two civilisations who have access to the anti-cav, making them excellent in cavalry wars, which is so commonly seen in the current metagame. Cavalry is the way to go for the Byzantines.

By all means, the Byzantines have pretty good siege. They have top-tier rams in the game and have access to the trebuchet as well after researching the required technology in the university. The Ballista is a double-edged sword. Having the Ballista, the Byzantines can start pushing in very early since the Ballista outranges TCs very significantly. However, the Ballista has severely reduced AOE damage (Treat it as a single target damaging unit). Therefore, the Byzantines become a bit vulnerable to swarming since they don’t have mangonels, which flattens swarms of enemies with ease. The Ballista works brilliantly with CA and Cataphracts since they can provide long-ranged artillery support and fortification destroyers.

Subjectively, I rank the Byzantines 4th (4/7) in Siege. Even though they have limited choices in their siege weapons, similar to that of Arabs and Koreans, they get a unique siege weapon, the Ballista, which behaves very differently from the standard mangonel. It is very useful for the Byzantines as they provide the long range artillery Byzantines need. 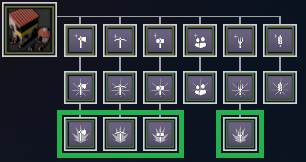 The Byzantines are one of two civilisations to have every economic technology available to them. Since their priests also provide a gathering rate increase to nearby villagers, the Byzantines have a solid economy. Out of the civilisations who do not have any economy bonuses at all, they are the best of that group. However, they get outpaced very quickly by Mongols, Koreans, and Chinese, all of whom have a type of economic bonus be it increased gathering rate or faster villager production etc. Solely because the Byzantines do not actually have a economy bonus, it is not a good idea to boom with them since they are relatively slow at that. 4 of the remaining civilisations have a way to outboom the Byzantines if both go for economic approach. But since they get all the technologies, the late-game economy of the Byzantines is very good.

Subjectively, I rank the Byzantines 4th (4/7) in Economy as they have all technologies and a small priest bonus, but no actual economic bonus. As such, they are in the middle of the group.

As for defenses, the Byzantines are hands down the best defensive civilisation in the game, having access to all counter units and the best towers in the game, which can be upgraded two times. The Byzantines also have the Battlements upgrade available to them, further solidifying their position as the civilisation with the best defenses. Just because they have good defenses, however, does not mean that they should be turtling. They should play out as an aggressive civilisation.

Playing as the Byzantines

Playing Against the Byzantines

Going economy approach on maps that are not enclosed or focused, or if the opposing civilisation is not the Aztecs

The Byzantines have one of the best infantry army, yes, but it does not mean they should be a core unit. Using Varangian late-game is a good choice if you are facing spearmen and anti-cavs, but massing skoutatos early on during Mil1 or early Mil2 is a disaster waiting to happen. Infantry units have horrible mobility, thus, map control is surrendered to the opponent once you start making infantry. Cavalry should always be the core unit of a Byzantines army, with infantry occuring only very occasionally to support. CA can do what the Skoutatos-line needs to do, so unless you are very short on gold, CA+Cavalry is always better than Varangian+Cavalry.

Failing to add CA to the cavalry army later on

Cavalry is countered by spearmen, if you fight head on, you must be sure this fight is worth it. The point of adding CA is to help counter spearmen and give Cavalry units and double damage attack boost every few seconds. CA and Cavalry units synergize very well, forming a formidable combo.

I don’t think I need to explain why this is a bad idea. The French will always be going cavalry, this is even more confirmed than the Byzantines going cavalry. They also have Lancers which dominate Cataphracts (and Koursors when upgraded). Going Koursors is the way to go.

Making full-Koursors against French when late-game period has commenced

The Byzantines should start out using Koursors since they win against Lancers without the elite upgrade. However, the French can upgrade their Lancers while the Byzantines cannot. Elite Lancers complete trash Koursors. Therefore, you should start with Koursors, and add CA+Spearmen very quickly especially if you suspect the opponent is rushing the elite upgrade. It’s a hard battle to fight even with CA+Koursor+Spearmen vs Elite Lancers (who have charge), but its winnable if the game is not dragged out, when the French start adding Arbalests.