This is a fast way to get the Carolingian Consolidation achievement. Pretty funny how broken it is, so I thought I would share.

To get this achievement, you need to be independent and be of the Karling Dynasty. You could do the hard/regular start and play as a Karling king in 866… OR you could do it the fast broken way!

To start it off, play as Count Herbert of Vermandois, a vassal of France. He is the only landed Karling in 1066, so all you gotta do is be independent from France! Make sure Ironman mode is on. 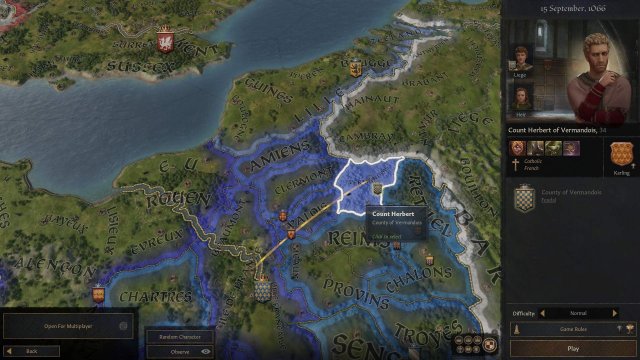 At the start, everything is pretty set. Vassals are happy, heir is young, etc. You can do whatever you want EXCEPT for your lifestyle. You start with a boost in learning, but you’re gonna want to go down the Intrigue Lifestyle and eventually pick up the kidnapper perk. 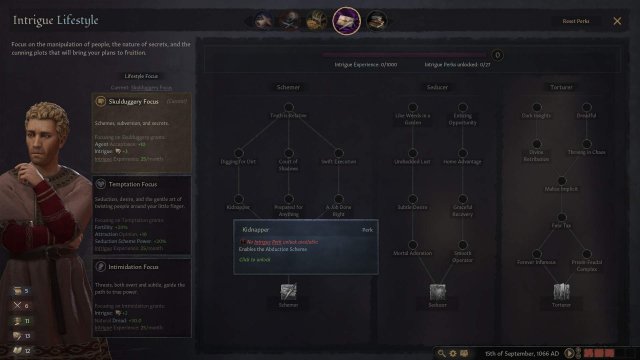 Other than that, do whatever. I made an alliance with Normandy for fun.

Next, start an independence faction. I never joined one myself, but if there’s already one just join it. If it disbands for whatever reason, just start one yourself. 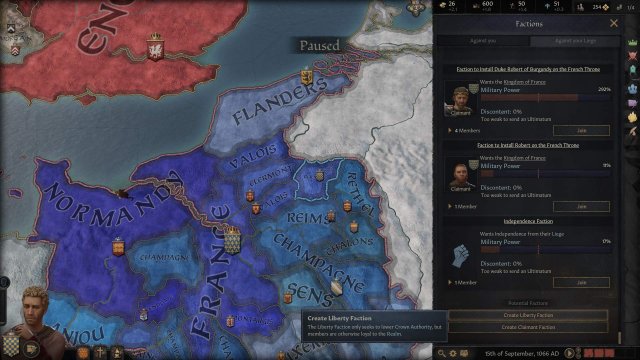 When you get the Kidnapper Perk, now you can start a plot to Abduct your liege! When you plot against the King of France, you’ll probably get like a 20-50% chance of success. Just bribe EVERY single person to join your plot. Debt does not matter for this achievement.

Tip: If you didn’t know, as long as the game is paused, you can invite people to join your plot EVEN if you are technically out of money.

With everything setup, you should have a 95% chance to kidnap the King and an independence faction brewing. Once the popup for the kidnapping comes, Press demands for independence when the king is kidnapped! Even if he rejects it, you’ll have 100% warscore because you have the king! Enforce demands and BAM, you got the achievement.

This achievement took me 12 years to complete, only one try.

Crusader Kings III – How to Win War Without Even Fighting

Ever wanted to win offensive war so you can gain your claimed title? Or you maybe want to declare independence from the Emperor of HRE but you afraid to get […]

Not sure how people are making babies with every possible good trait? I will show you the math and method that will ensure the best methods to pass on as […]