Concept of the Game

The concept of the game is pretty basic, but tricky at times. Find all 10 notebook pages while avoiding the Lunch Lady and managing to escape. Different factors come into play when you up the difficulty too, such as:

When you start off in Normal mode, her base speed isn’t too terrible. You can pretty easily outrun her when you have 1-3 answer sheets, but this gets trickier as you collect more pages as her speed gets higher. In higher difficulties though, her base speed seems to be increased. To the point that when I had 9/10 pages on Insane, she would walk pretty much as fast as she ran when I had 9/10 on Normal! Which if you’re not careful or luck just isn’t on your side, can put you in a world of hurt pretty quickly!

This is important to keep in mind as you continue to grab more answer sheets! Knowing about how fast she runs will give you a good estimate of how far you can run to hide. Especially if you know the rough area she’s coming from. There’s been times where she zooms into the room I was in in just a couple seconds, and hiding behind a hallway pillar is the only thing saving my life cause I didn’t expect her to get there that quickly. If something like that happens, be sure to get out of there asap as soon as you know you have a second or two to run!

The bane of someone hiding in a room with only one door in or out… Her scream. As you progress through the game, you’ll hear her let out a huge scream that echoes through the school at some point. This is her “Tracking Scream”. When she does this, she’s about to come charging like a feral beast to the exact location you were just at when she screamed. If you’re in Singleplayer, it’s 100% guaranteed she’s coming for you. If it’s Multiplayer, it’s randomly chosen among who’s all in your game. I’ve seen so many people thinking she’s seeing through walls when this happens, but it doesn’t seem to be the case. Almost every time I can dip into a room just aside from where I was when she screamed and she won’t find me.

This is usually done after a bit of time, which I’ll call Idle Time. I’m not sure if there’s a cooldown for the Idle Time scream or not, but she for sure does it far more frequently in the higher difficulties. The other time she’ll do this is when you’re picking up sheets. In Normal Mode, it seems to happen when you’re pick up your 5th or 6th sheet, and then will always happen when you pick up a sheet again. But in higher difficulties, that number is lower and lower (I think around 3 for Insane). For this, it’s always best to try to have a room in mind to run to as soon as you pick it up, cause she’ll bolt right for that room that had the sheet. This is especially necessary when on Insane mode, cause of how fast she’ll come for you.

In general, try to have a rough idea of where she is so you know where to run to when she screams. Regardless of who she’s going for in a multiplayer game, it’s best to hide so you don’t end up in her line of sight as she’s running for someone else. It’s also always good to inform the other players you’re about to pick up a sheet if you know it’ll make her scream. And keep any escapes or hiding spots in mind at all times in case she lets out a Tracking Scream when you’re least expecting it!

Medkits as far as I can tell, have a preset amount that won’t respawn as you use them. And that amount definitely decreases as the difficulty goes up. I had trouble finding even one at times on Insane! But, there’s a very nice trick with them I’ve learned that’s become a life saver at times. You don’t always have to necessarily memorize each and every location for them. Even if you have one already, walk up to the medkit and ensure that you get the orange outline around it like this: 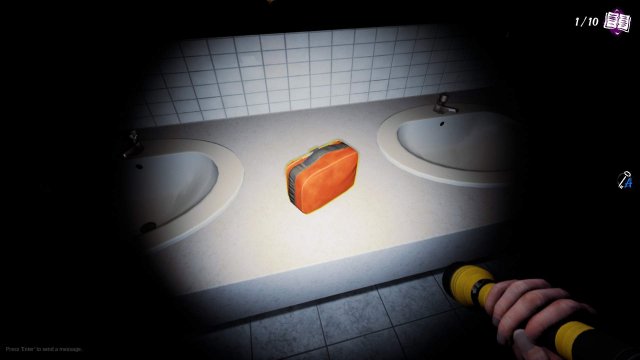 By doing this, the medkit will automatically be highlighted when it’s visible, even down at the end of a hallway! So long as you can see down that hallway, the outline should be there! 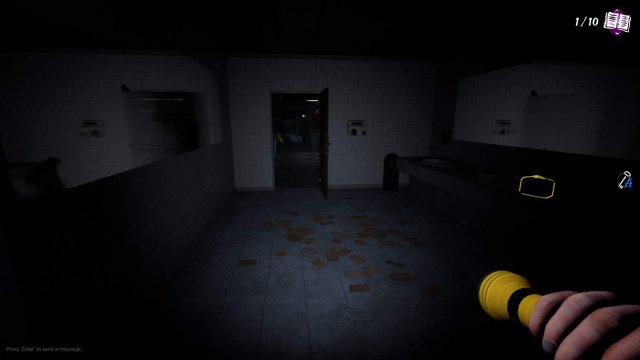 This was almost key for me to beating Insane mode. I’d have a rough idea of where it was, then crawl around and look for the medkit before healing myself and grabbing that one.

Pipes easily became my biggest pain at first when trying the higher difficulties. I didn’t expect there would be so many in the halls and rooms to catch you completely off-guard! Once you get used to them though, they’re not nearly as bad, but they should be almost top priority in stopping so you can safely (as safe as you can be with a murderous mutant Lunch Lady running around a school) get around and avoid the Lunch Lady! Once you start a Hard or Insane difficulty match, you should hear them fairly quickly, creaking, bursting, and spraying out steam all around the school. They’ll look like this: 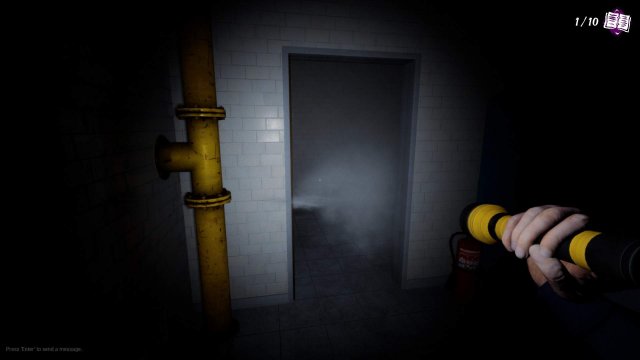 As you can see in the pic, they’re not always visible if you’re coming from one side, so you’ll have to be especially careful going into rooms, even more so if you’re being chased. I can’t tell you how many times I’d start to run, or walk backwards to hide, only to get blasted and downed by steam.. Thankfully, there is a way to shut it off! You’ll find these valves in various closets for each “zone” of the school. 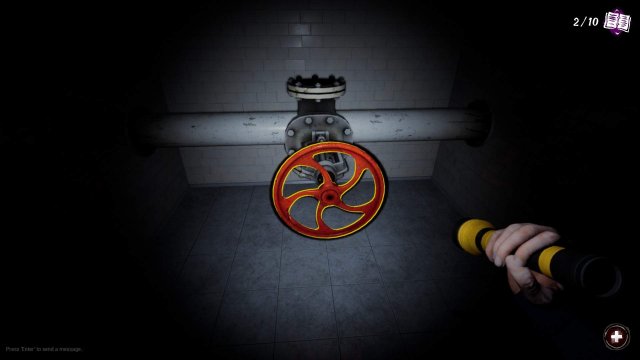 There’s always one per zone, and they’ll be randomly placed in one of the utility closets of that zone. To shut it off, just simply hold left click like you would when healing. Once it’s complete, the pipes in that zone will no longer spray out steam! Just be careful to not be caught closing a valve when the Lunch Lady decides to use a Tracking Scream!

I think that about covers most of the basics of different factors and gameplay bits to help keep you alive and running around looking for those answer sheets! If anything else, there’d be:

Lunch Lady – How to Be Invincible

How to keep yourself from dying in Lunch Lady, and win every match. How It’s Done The strategy is quite simple, to become invincible all you have to do is […]