Let’s make absolutely clear that i found these optimal settings/ fixes while fiddling with the Nvidia control panel, so this guide is strictly reserved for Nvidia users .

There might also be other ways to fix this, but i can testify that, after tinkering for a while with all the in-game graphics and display settings, i could not find a single in-game setting combo that could have neither bettered the fps drop & stutters problem.

These might also help you play the game decently if you are just below the minimum requirements but i actually haven’t tested yet so just take it “as is”.

If any of these settings don’t work for you specifically it might be due to different hardware, specs etc…

I’ve also added a short list of minimum to recommended requirements to play the game smoothly in the next section.

Thanks to these setting listed in my guide i’ve , personally, turned a eye-hurting experience into a very smooth and enjoyable one.

Do however, take note that the game might still occasionally lag in big crowded cities only during your first visit.

i actually experienced massive lag myself the first time i visited Gallopolis but the next time i loaded the game, the lag was completely gone, i’m also pretty sure it wasn’t due a problem in my own hardware, windows updates, open windows on the background or the duration of my playing session ( a heated up pc is usually can be a cause for in-game lag) because i could exit the city and i had 60 constant fps ( like normal) but re-entering the city would still lead to massive lag, which suggests it’s not specifically an issue on my end, the game might behaving like this only on your first visit, because it’s probably poorly optimized and it just tries to load everything together immediately, leading to that massive first-time lag.

No matter how many times i reload or exit (or the game) and re enter the city now, it still won’t lag, so i’m lead to believe this strange behavior might be just the game “working as intended”.

I’m adding this section just in case you just got hyped and bought the game without checking the Store requirements to run DX XI.

Just skip this section if you’re already aware/meet the minimum hardware requirements to apply this fix.

Minimum requirements for the game

If your specs don’t match or are lower any of these i’ve listed up there, i’d still advise you to quickly try all the fixes listed in this guide anyway to check and see if it manages to do something.

However, if you still can’t properly run the game after applying these fixes/settings then it means your specs are just too low to run the game and you’ll either gonna need to refound the game or wait until you can afford the proper/required hardware.

These alone won’t really fix anything major on their own, but they might actually improve smoothness after you apply the main setting setup in the Nvidia control panel.

I’m sharing them just in case. 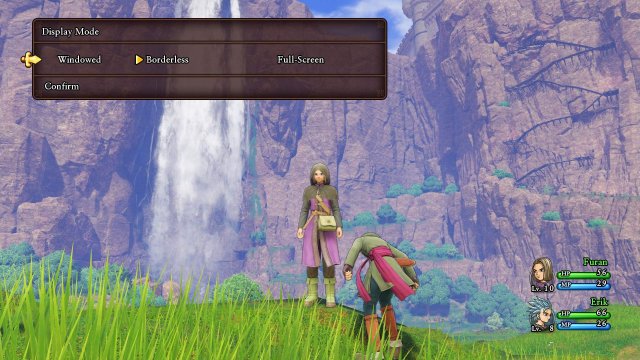 After doing that, press Alt+Enter on your Keyboard to make the Borderless windows fit your full screen.

Just Fyi, the Alt+Enter trick also works with most normal games/Rpg maker games too, so next time you wanna full screen a game you can try this shortcut!

Next, go to the 3D settings and put everything to the maximum except Vsync, for this fix you’re gonna need to turn it completely off like so: 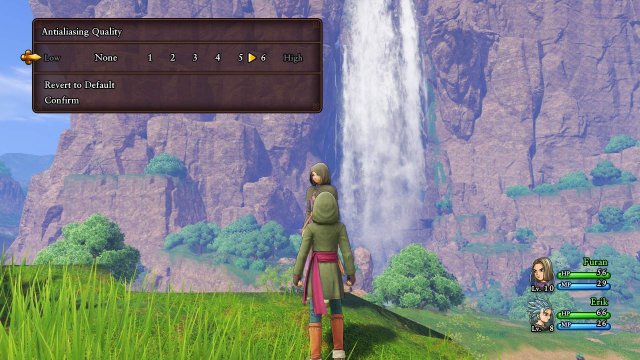 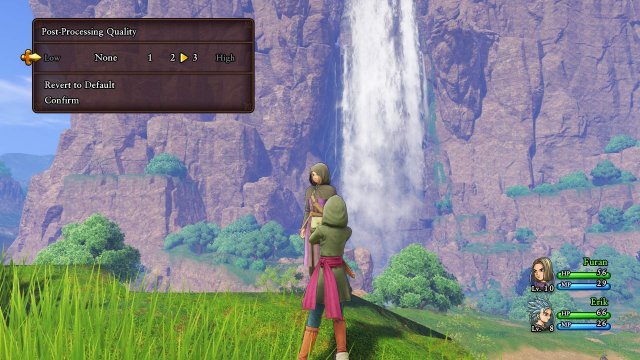 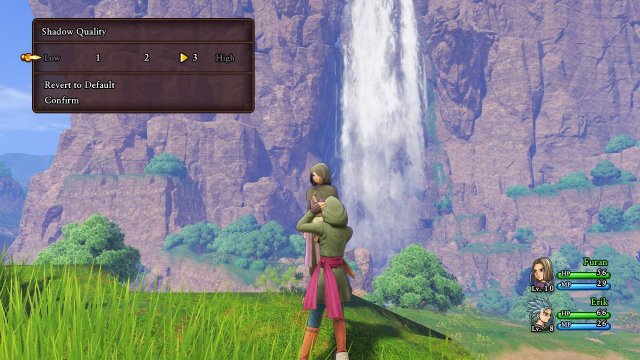 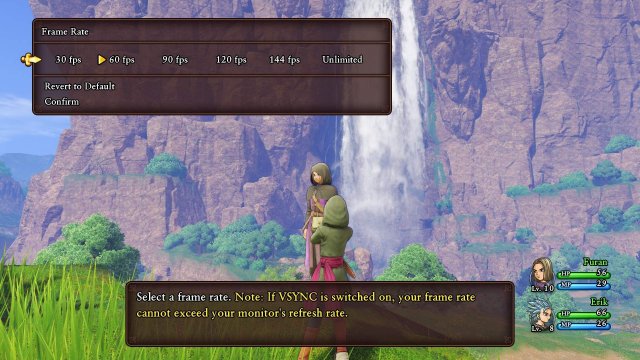 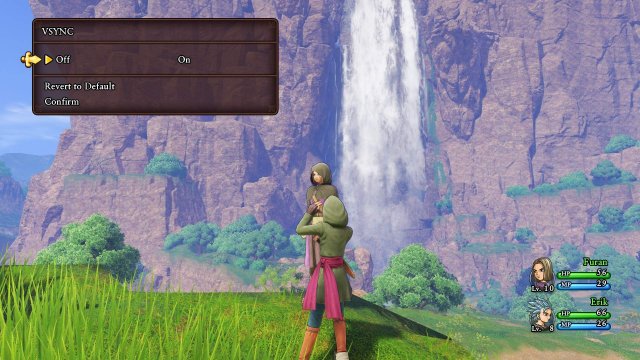 Once the Nvidia control panel is open, find the ” 3D settings” and select the “Manage 3D Settings”

Then just switch from the “Global Settings” tab to the “Program settings” one.

If nothing shows up or you can’t happen to find your DQ XI.exe just press ” Add” and manually select it from the list pop up.

Once that’s done just copy all of these: 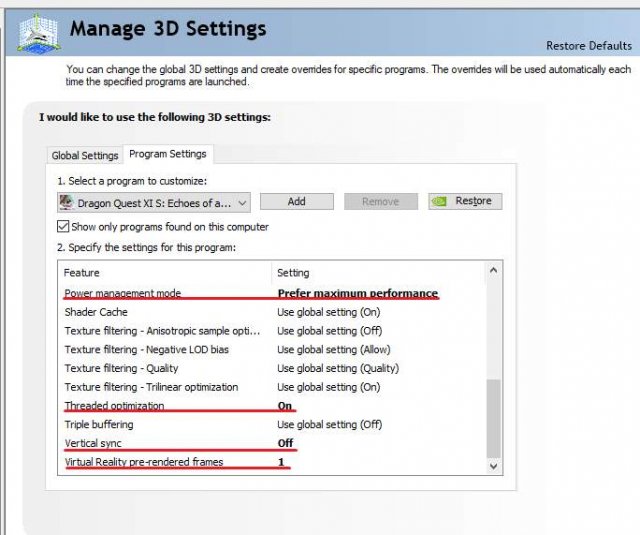 Enjoy a smoother experience and forget the annoying fps drop/stuttering.

From completely unplayable to remarkably smooth.

Alternate method of attaining the Hare-Raiser outfit. How to Attain Hare-Raiser Outfit This should be the last outfit you need for the achievement. First you must get every other outfit […]