The purpose of the assault suit is to be a jack of all trades. The assault suit will have the ability to be flexible based on the teams needs. He has many basic easy to understand skills that can be used at will and a few skills that will require a little bit of coordination from the team. The first part of the guide will go over some basic builds for the assault then will go in depth on each skill and skill combos. 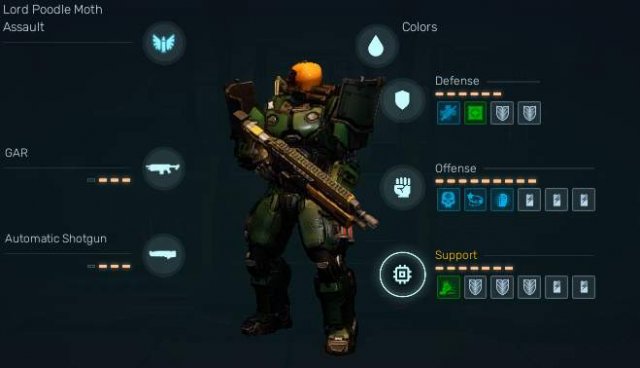 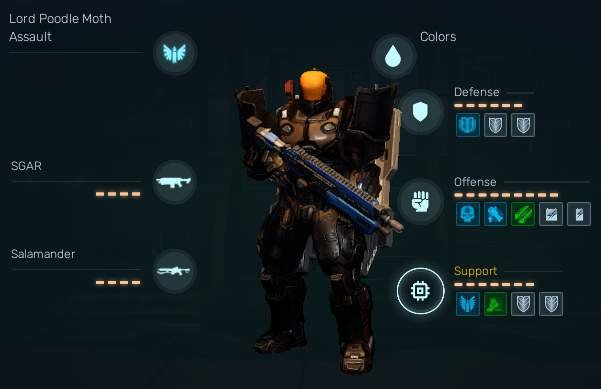 This Guy costs 15 points on the Skill Tree. Easily modified to use with less points.

HA you thought you had armor 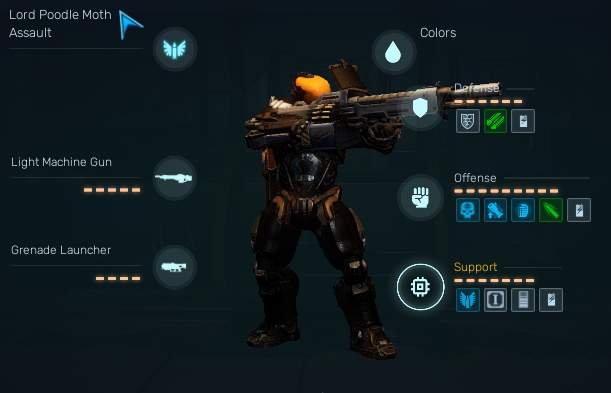 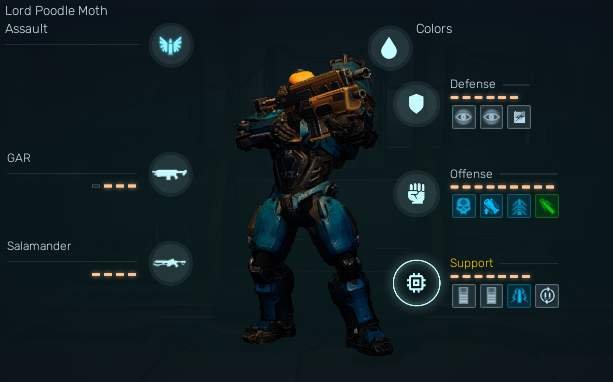 I Forgot my Gun 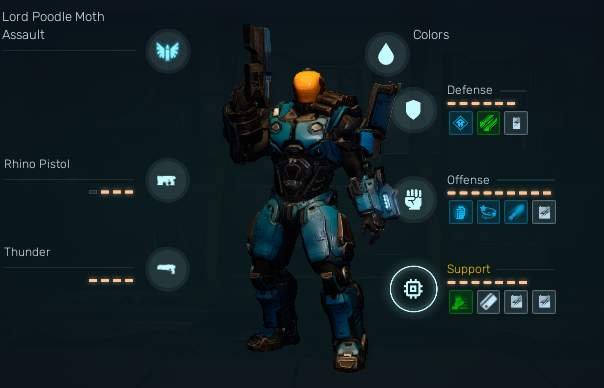 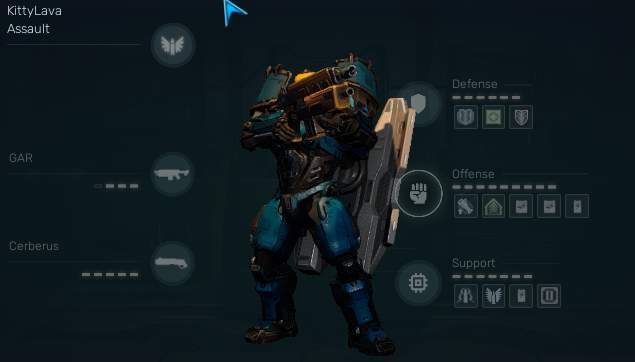 My personal take on this one would be to drop ammonite, take crit shot and take 2 inventory extenders. That would allow you to loot a lot early game, and feel very safe inside buildings.

Great skill for newer players or when jumping into public lobbies, Heals + Damage. Outperformed by other skill but if you time it right its still really good. If you have a good medic you wont need the medical portion. This is almost a must if you don’t know if you can rely on your medic or you plan on doing a lot of solo play.

If you have a team with mostly slow firing weapons and your going to struggle suppressing dogs when they run at you, you may want to consider this.

If your team is looking really well rounded, you could play around with this skill. Its going to slow mobs and make them easier to suppress. If everything is coming from the same direction that 25% slow means a lot more time to shoot something before its on top of you

Team play tanking. This lets you block of an area and buff everyone’s damage. Gonna save the team on wave 16 if used correctly. Wait until the first couple of dogs are on you, then take advantage of the 1K energy damage to stun them and keep other mobs away.

This can be a lifesaver for the team, If your running a high DPS low tank build with a lot of skill use, your team will love you. You get insane amounts of re gen for energy, and your team gets a big buff to crit damage and energy. Skill cool down is just a happy side affect.

1 point wonder, If your wondering what to take as your fourth skill, take this. For one point you get armor shred and a small AOE trash clear.

Sometimes I don’t even put points into this skill, but It has a very low energy cost and since you get 1 less skill point and 1 less MAX skill point for ever skill you have less than 4 this is a good fill. Its great if your build uses it, and its good even if your build doesn’t use it. Another one like Grenade, if you don’t know what to use as your 4th skill, take crit (unless your running shotgun primary)

This is the bread and butter of assault. There are only 3 weapons I wouldn’t take this with if playing assault. SMG, Minigun, ACE. SMG has a low reload already, so take something else.

This skill does a lot. Its kinda like an upgraded version of LWT. It helps you save ammo, pop it anytime your going into a big group of mobs or anytime a boss hits. Best when combined with ammo savers.

Its like a Grenade but with kinetic damage. Has the potential to do a lot of armor shredding but is much harder to use.

Put a point here for free ammo over time. Also every XX reloads you get a energy clip instead of a normal one.

Make Pew Pew Go Boom Boom. Use this skill right before your out of ammo.

Makes your other gun have ammo. 1 point wonder for many secondaries. I like it with Grenade launcher for armor strip.

Welcome (back) Marine, in this short build, we’ll cover the basics of the game, character building UI, ingame UI, and gameplay basics mostly. ContentsFirst Steps on MarsWhat Changed if You […]

This guide explains the various types of Vehicles one has, along with the ways they can be kitted out. ContentsGuide to Vehicles and Equipment (Kits)The BasicsArmoringThe TurretsThe Big GunsUniversal Utilities […]