This guide gives an overview of the different ways to play Multiplayer in Warhammer 40,000: Battlesector.

How to Play Multiplayer

Warhammer 40,000: Battlesector launches with three ways to play the game with your friends.

This short guide aims to give an overview of the differences between the different types and how to get a game going. I’ll leave info on how to setup armies and other tactics and meta to other guides.

In order to play Multiplayer games in Battlesector you need to create or login to an account. 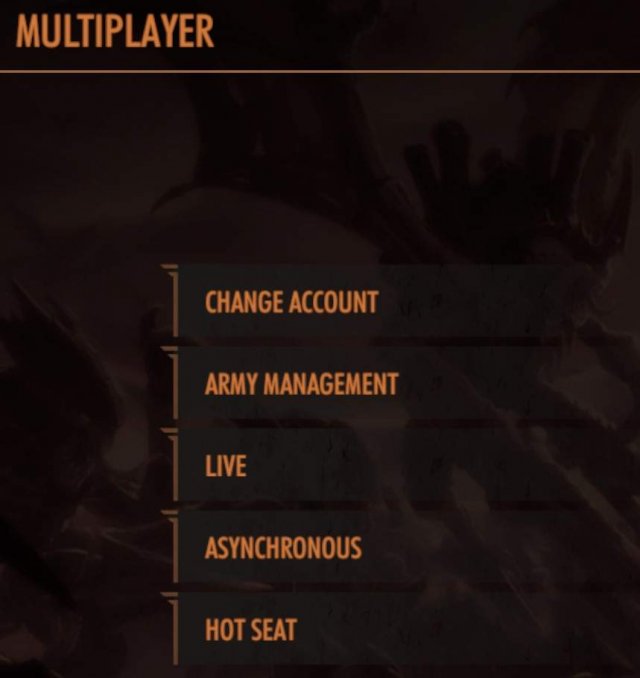 When you first login you will be presented with a popup like this: 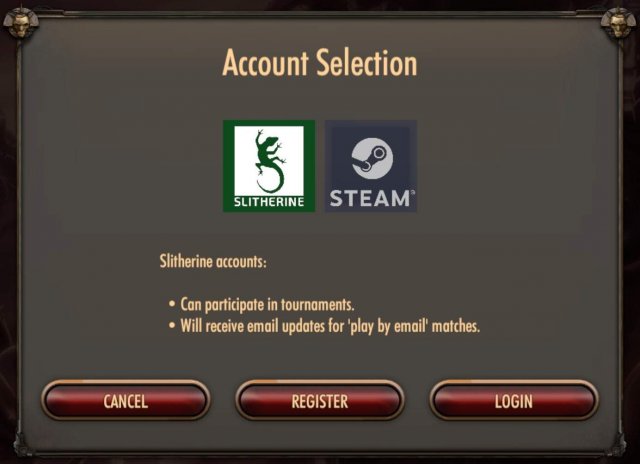 It is recommended, but not required, to create or use a Slitherine account when connecting to multiplayer. Slitherine accounts are required in order to receive email updates for when it is your turn for Asynchronous games and also to use planned functionality like tournaments.

The playing experience is otherwise identical however, so choose whichever works best for you.

One player creates a game lobby and selects the game modes, the opponent finds the game from the lobby list and then joins before the game starts.

If you are part of the Battlesector Discord community then you can opt into the @lookingforgame role and/or ping that role to see who is online and up for a game.

Once in the lobby you can chat via the chat panel and setup your game options. The Lobby owner controls the game options but the game joiner can also propose setup changes which the owner can accept or reject. 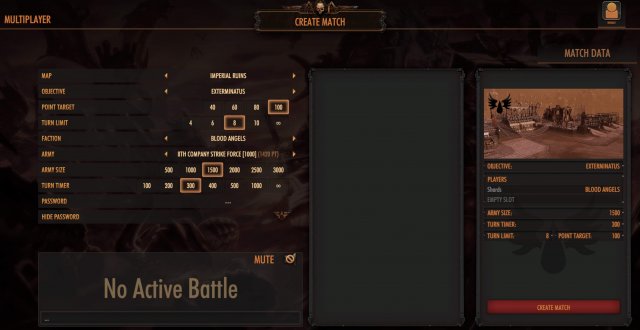 Once you are happy, the game owner clicks Create Match and the game will load. The Lobby Owner will be Player 1 and will deploy their troops first.

Whilst playing the game in Live mode, you will notice that the game Sends your turns to the server whenever a player clicks End Turn.

These turns are being sent to the Asynchronous game server for backup. This means that, should you need to quit your game early or should a user have an issue and need to quit, the game state is backed up.

You will then be able to continue the game in Asynchronous Mode.

Battlesector supports Slitherine’s PBEM++ server system meaning that multiplayer games can be played Asynchronously, with players pickup up the game and taking their turns whenever they are available to do so.

Setting up a game in Asynchronous mode is very similar to in Live mode, just that you don’t need to wait for a challenger to join.

Click on Create Match from the Asynchronous menu to load up the below menu: 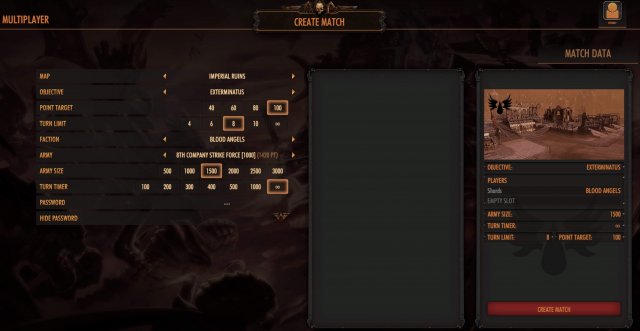 From here you should select the game map, game mode and other game settings that you wish to play.

Note: You must choose your Faction at this point (e.g. Blood Angels or Tyranids). You will have a chance to change which army you take later, but your faction is fixed.

You can also choose whether or not to password protect your game (useful if you only want a particular friend to be able to join it).

When you click Create Match, the challenge is then posted to the Asynchronous challenges list and is available to be joined by other players.

The list of available challenges will be displayed under the Available Games tab.

To join one, select it and hit Join Match. You will be asked to select the Faction that you are going to use and also to enter any password required.

Your opponent will then be passed the game and will get to take their first turn.

If you have signed in with a Slitherine Account then you will be able to receive emails telling you when it is your turn.

All your ongoing Asynchronous games are listed under the Games In Progress tab.

For games where it is your turn simply select the game in the list and then click to load the match.

You will see your opponent’s moves (if any. Deployment is not shown) and can then take your turn. When you click End Turn, the game is uploaded to the server and your opponent informed that the turn is ready for them.

If you are unable to complete your turn in an Asynchronous match, for whatever reason, then your moves will be lost and you will start your turn again when you load up the game next.

The server tracks these occurrences on a per-user basis and users who have persistent issues here will receive emails from the system inviting them to contact support for help. If people continue to reload turns then they will be banned from the system temporarily (with account bans for persistent offenders).

You can, at any time, opt to “Leave” an asynchronous game. You can do this either from the games list by clicking Leave or you can Concede a game from within a turn (an honourable way).

When games are completed successfully they will remain in your games list so you can see who won and lost. Should you wish to remove the game from your list, just click Leave from the games list.

Hotseat is a 2 player skirmish mode that is played on the same PC. It’s perfect for couch play with your friends and family.

Hotseat games are setup using a very similar menu to Live and Asynchronous. 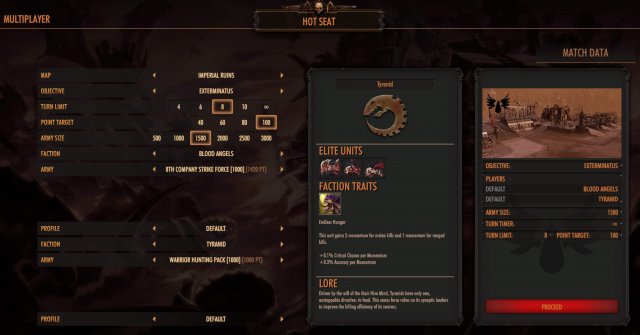 The main difference here is that both players need to select their Faction and Army at this point.

Once you are ready, click Proceed and the game will load into the map.

The main difference between Hotseat and other Multiplayer game modes is that players can see each other’s units and Auspex ranges. As the mode is designed for couch play, it didn’t make much sense for the developers to try and hide your opponents units (everyone always looks at their friend’s moves don’t they…).

As a Hotseat game is essentially a Skirmish game on the same PC, it can be loaded and saved just like a single player game by hitting ESC and selecting Save Game.