This guide is meant to be a quick introduction to Guns N’ Boxes.

Guns N’ Boxes is a 4-player twin stick shooter about silly guns and random chances. Skill, strategy and a bit of luck are key to winning matches. 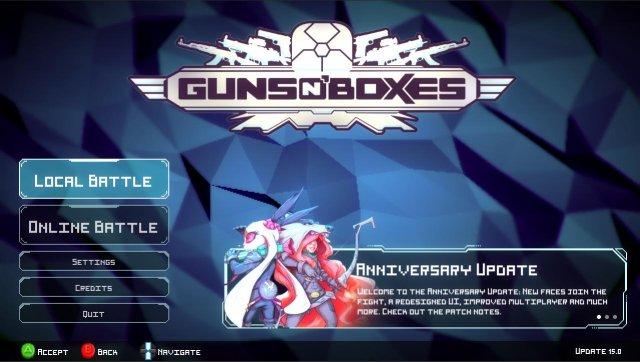 At the time of writing, local, lan and online battles are available on Windows. Bots can be added on local battles only, and you can play with most compatible controllers and keyboard & mouse.

The available game modes are:

You can customize how many rounds/kills/time per match before creating it.

Break boxes to get new guns. Every time you open a gun chest you’ll switch your current gun for a brand new random one.

Guns have various firing modes. Try holding down the fire button if it doesn’t seem to work at first. 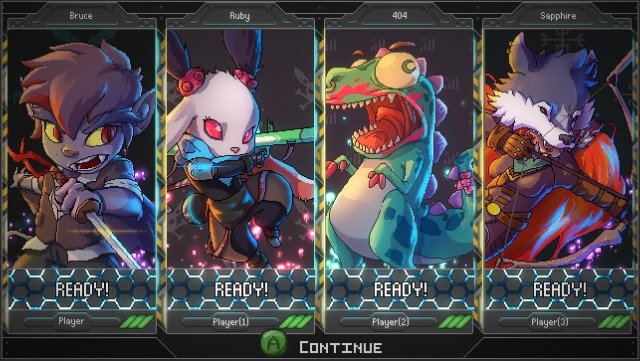 There are seven playable characters. At the moment they don’t offer any advantage or difference in play style so choose the one you like best.

Players are controlled with a simple move & shoot setup.

Movement is done with the WASD keys. Fire with Left Mouse Button and melee with Right Mouse Button. Reload happens automatically when emptying a clip or by pressing R.

When using an Xbox 360/One controller:
Movement is done with the Left Analog Stick. Fire with either RB or RT, and melee with either LB or LT. Reload happens automatically when emptying a clip or by pressing X.

The button mapping is the same across all other controllers types.

A note on the Steam Controller

The Steam controller is supported as long as it’s set as a keyboard/mouse or controller only. Using the steam controller as a mouse shares it’s input with the actual keyboard & mouse, and combining joystick movement and mouse aiming confuses the game. We’re looking into possible solutions. 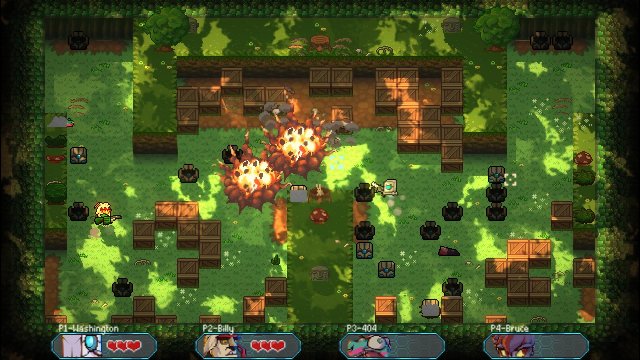