It is best to approach gathering any Summon items that you are missing once you have reached the endgame/the Moon, in order to make the battles quick and easy.

The Siren item can now be purchased from the merchant in Hummingway Abode on the Moon for 3000 Gil apiece, so they are now far easier to restock if need be.

Remember that you then need to use the Summon items from your inventory in order for Rydia to learn them.

The Goblin item can be dropped by both Goblin (Overworld outside Baron among many others) and Lil’ Murderer (Lunar Subterrane) and is probably the first of the items you will manage to acquire.

The easiest location to farm the item is on the Overworld right outside the entrance to Mt. Hobs. Between 6 and 9 Goblins spawn at once quite regularly, and are easily disposed of even in the early game.

Cockatrice can drop from all variants of the creature, but by far the easiest method of farming them is to use the Siren item on the Mysidia continent. I had positioned myself around the middle at the forest section at the time of the screenshot. 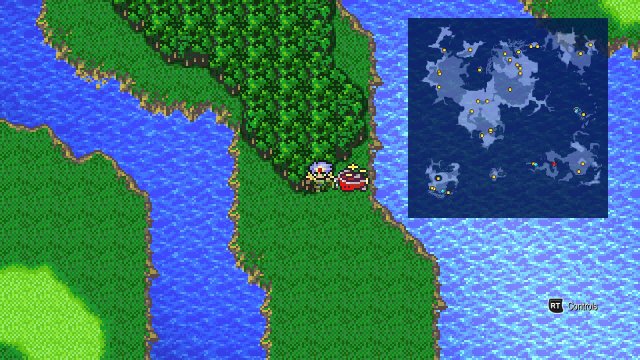 This will always give you a battle against 3 Cockatrice alongside a Zu. Rinse and repeat until you get the item. 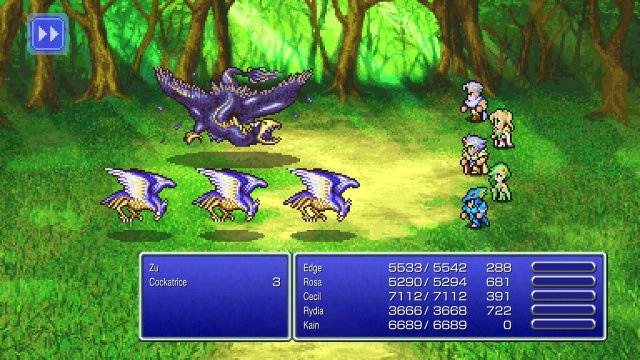 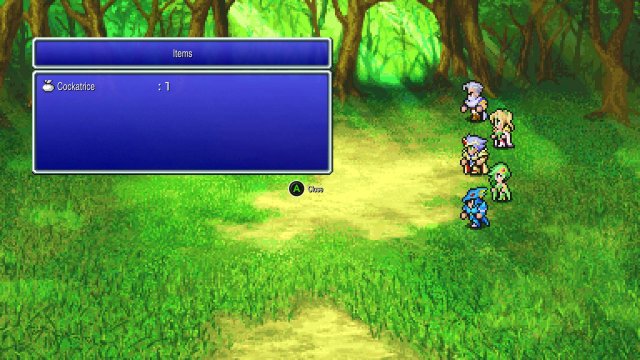 Mindflayers are best found in Lodestone Cavern B3 and B4 in groups of 2, and appear quite commonly.

Using a Siren on these floors also brings you into a battle against a single Mindflayer alongside a Cait Sith and an Ogre, and is thus an alternative – albeit slower – option if you aren’t getting lucky running into them normally.

The Bomb item is dropped by both Balloon and Dark Grenade on the Lunar Surface. Take note that the item does NOT drop from regular Bomb enemies and other variants.

Sadly, we can’t use a Siren to force ourselves into a battle with these enemies, so our best option is the grind random encounters, either on the Lunar Surface between the west and east passages, or in the west passage itself. The group of enemies we’re looking for is comprised of 2 Balloons and 2 Dark Grenades. 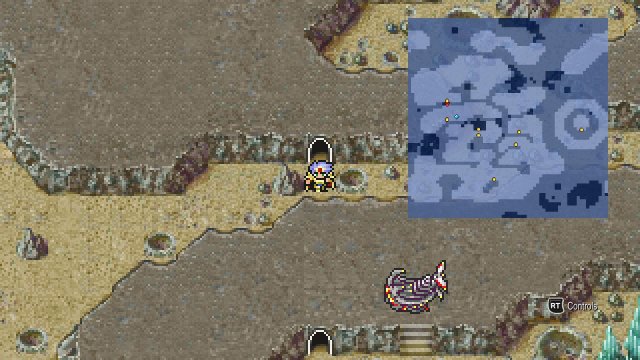 A good auto-battle setup is as follows, and will allow you to breeze through the other sets of enemies and regularly heal yourself a bit:

Thundaga will easily get rid of any flan enemies that haven’t perished in your initial physical assault.

If you’re at it a while, you may occasionally need to use a Tent to heal up Rydia’s MP and any other damage taken. This is also a good spot to grind some levels for the final dungeon while searching for the item. 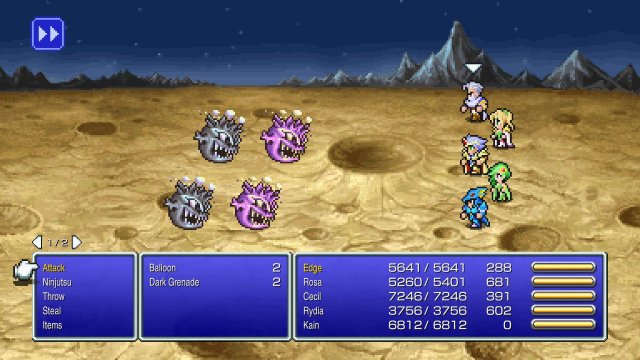 Final Fantasy IV – Tips and Tricks for Getting Started

Before you play the Final Fantasy IV game, you will definitely want to know these simple but useful tips and tricks. If you have any tips feel free to share […]