This is a basic guide to using the train for gathering crops from the field and delivering them to where they are to be stored or sold. Based on Goldcrest Valley.

Each of the two trains is roughly the same, the main difference is that one has two log wagons and the other has only one.

Driving the train is mostly like driving any other vehicle, except there’s no fuel usage, no steering, slowing down takes a long time, and you can reverse as fast as you drive forward. Despite the appearance of a second driving seat in the cab you can’t reverse the driving direction, so setting the cruise control will always take you in the engine-forward direction.

The three grain cars in the back of each train act like tippers, and can accept all grain and root crops (all that can be stored in your farm silo plus sugar beets and potatoes). Two of the cars have open roofs, and can be loaded in the field using auger wagons or conveyors. This means you can create improvised loading stations by any field that’s next to the track. 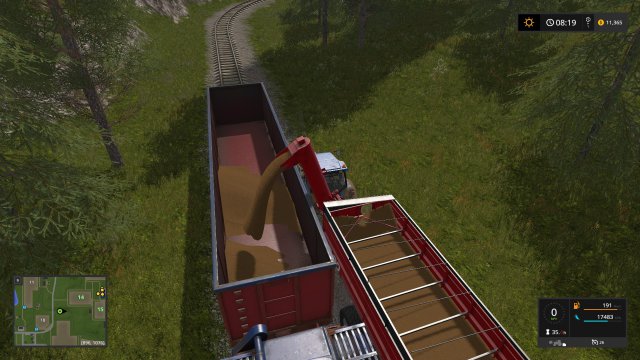 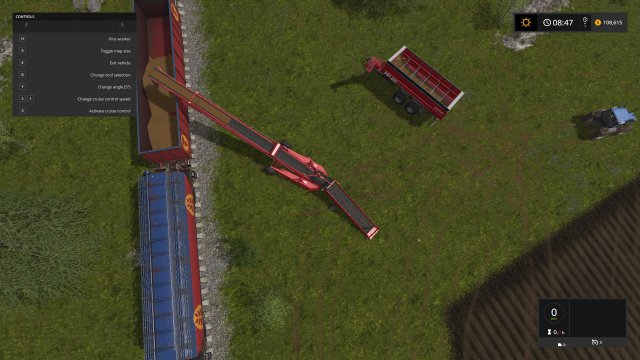 The grain tank in the middle cannot be opened except at the designated loading depot buildings, so it can’t be loaded in the field. The train is the exception to “tip anywhere”, the cars can only empty at the three depot silos (which can transfer the contents to tippers, see that section) or at the Maplefield Mill sell point. 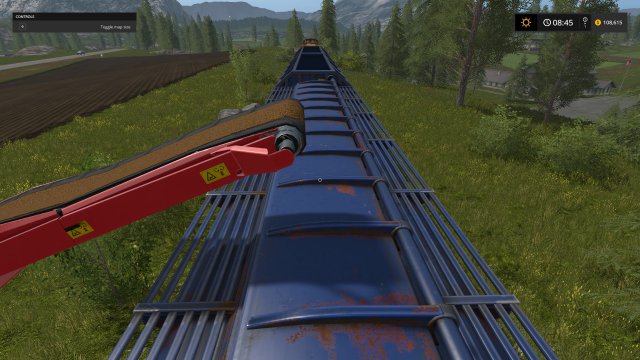 Each car can hold any single crop, and each car has about a 100,000 liter capacity, it’s slightly bigger for the front car. (I haven’t amassed the amount of grain needed to check, if anyone wants to cheat in a load of grain and get the full capacities be my guest.) Combined that’s about five times the capacity of the biggest semitrailer, so it can easily carry away a full harvest from even the biggest field in one trip.

There are three massive buildings that can be accessed by the train. They are not marked locations on the map and can’t be teleported to. Each one is a freely-availible silo with a 500K capacity that can hold all grain crops and root crops. The contents of these three silo buildings can be loaded or unloaded from any trailer or train car. Even without the train, each is a useful and free secondary storage location, but the storage figures in the menu don’t include these silos, so if you stash some grain there remember that you did it.

To load or unload a train, move a grain wagon (all three are mostly the same) under the pipe visible overhead, the discharge grate is lined up with it so loading and unloading are in the same spot.

To load or unload a trailer from these buildings, look on the far side away from the tracks. There is a section of workshop that you can drive through, that’s where the drop grate is, and there’s a silo structure outside, that’s where you can load. Despite appearances these sites will take potatoes and sugar beets.

The transport hub is the blue building seen here, near field 11 and the sheep pen, it is the depot closest to the farm silo and that one that both trains can reach. It’s also home to a log crane that can be used to move logs from one train to the other. 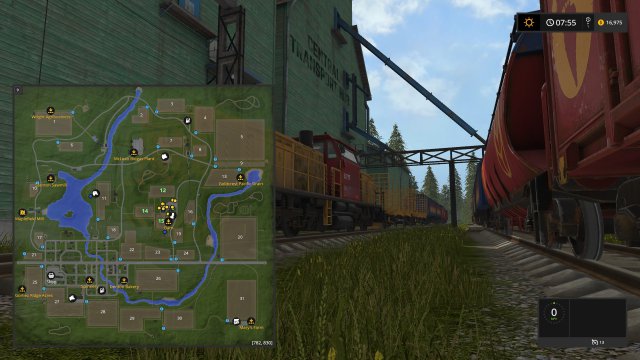 Maplefield Pool is located in the western part of the map near downtown, generally near field 17. 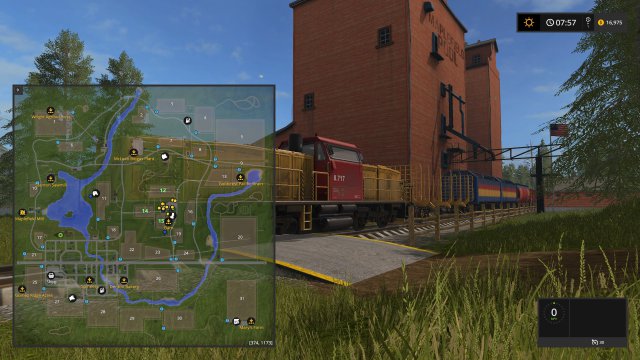 Goldcrest Pacific Grain is located in the northeast part of the map, near field 8. 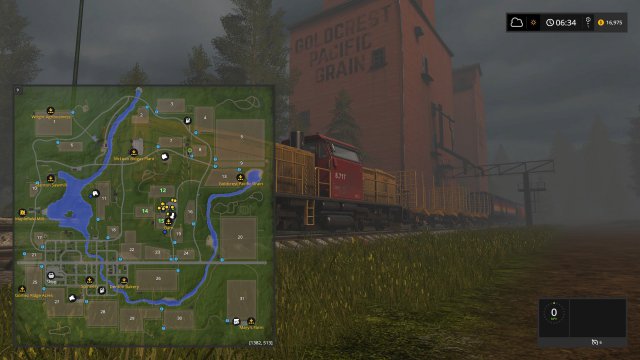 The Grimme 24-60 is a versatile and useful tool that can be used to store, transport and load sugar beets and potatoes. Here we describe some of it’s trickier aspects. […]