This guide will include some tips and tricks, i have learned exploring the game (Will to Live).

In the start of the game you will be able to chose different professions (classes).
Choosing them will change the way, of the skills. 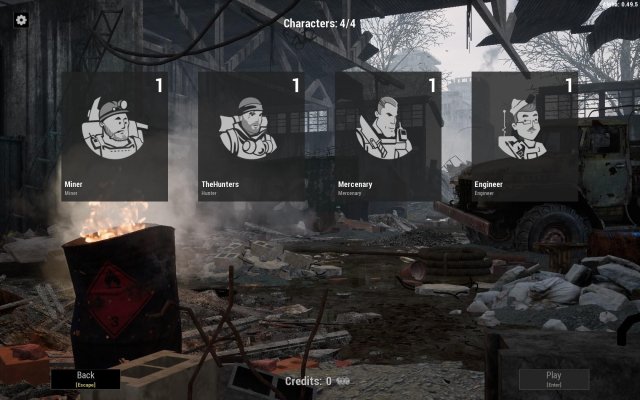 So if you are the Miner, you will be able to level up, your max weight, damage of shotgun and more loot from mining.

Next we got the hunter, sadly as a hunter you have skill called “reduced backpack” witch removes 10% of your max weight, but hunter deals more damage with pistols and riffle’s and in same time he has resistance to environment, the medkit’s give him 10% more effect, and the parts mutants drop increased by 10%.

The last but not least, we got engineer. As engineer sadly you lose 10% of max weight same as hunter, but he deals a lot more damage with smg’s and explosive. He can get 10% more xp then other classes and get 10% more healing from medkits.

After you made your character, you will probably start doing quests, and that’s good.
You should do quests, to learn some basics of game, but after level 3, you should buy shotgun and go to “MTE”.

In there you can find small watchers and normal watchers.
The small ones gonna be invisible, every time you look at them, but then they will make sound witch will let you know they close to you so if you are careful you will get them without getting damaged.

The big ones, up close will take 2 shots in front, or if you hit actual face 1 shot.
So killing normal watcher will give you 100xp. And don’t forget to collect they’r claw’s they don’t weight a lot and sells for good money. Slowly you will start leveling up, and will be able to buy armor, witch means pk players with pistols wont be able to penetrate your armor and damage you.

So after you get armor i recommend to do quests, so game could teach you more stuff. 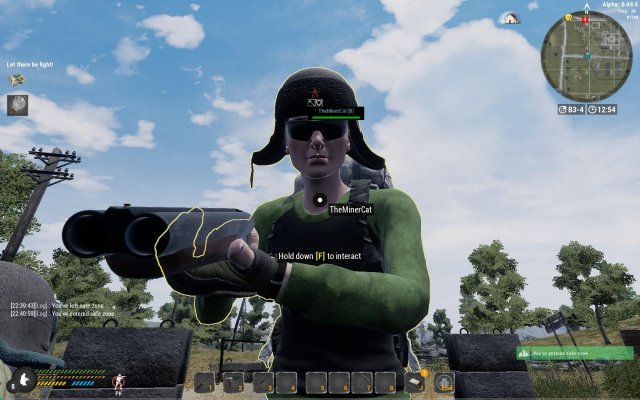 The Best Way for Money and XP at Higher Level

So if you reading this you are probably level 6+ at this point.
And you be like (the armor does cost a lot and same with guns).
Well to be honest there is an easy way to farm money, all you have to do is
to buy you’r self some: Antiradpills, Medkits and some vodka.
Then you can start going towards bunker. 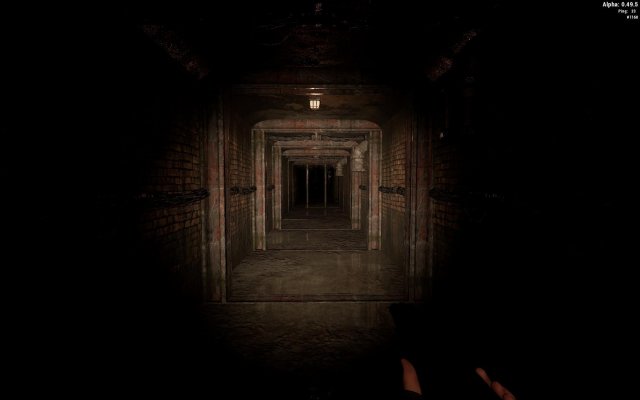 Bunker is located in a desert, K9-3.
But i would recommend you to go, to the “miners” first. Its a safezone closer to desert.
So if you die you can spawn back there and you wont need to go all way back to it.
The mine is located at E7-2.

So then you get close to desert, you want to make sure your stamina is full.
And walk slowly towards bunker, at the point you start getting radiation, you will want to take a sip of vodka and run as fast as you can, then the radiation starts damaging you a lot, that’s the moment you want to drink the pill. I usually drink it at radiation effect 4-6.
You don’t want to stop till you get into actual safezone. 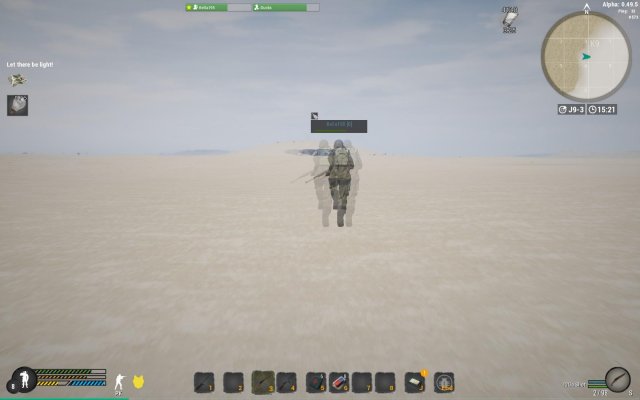 When you get into the bunker, make sure you wont leave safezone till radiation drops down.
After that you need to find a spot with blue slimes, witch drops 100g and 50tokens worth items.
And each drop from 0-6 witch mean you can get up to 300 from 1 they not hard to kill, they take from 1-6 shotgun rounds, but they do a lot of damage so try to stay as far as possible from them.

Hello there fella’s today i will teach you abit about blacksmith.

To get those bars, first will need to get level 1 Blacksmithing recept. Witch you can get at miners outpost for 1.000 gold from the trader there.

You can get the 2nd one there to for 1.500 gold, it will alow you to craft metal plates for armor.

To craft bars you will need a furnace.

To craft plates you will need a pressing machine, you can find one at miners safezone. 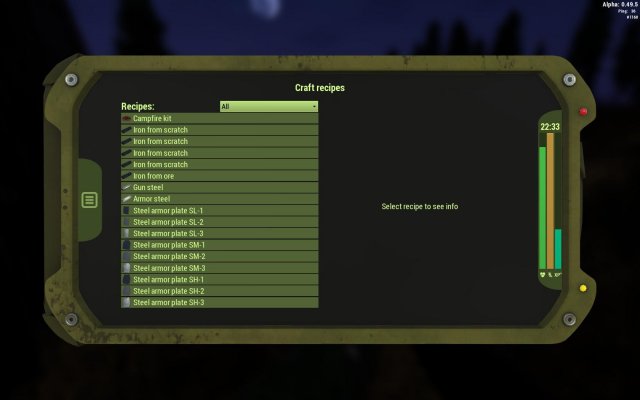 If you gonna travel around the world, you will surely atleast gonna meet few of them.
People are scared of them and try to stay away as far as possible, but truth is most of them aren’t even that dangerous. But first of all you should know that kinda anomalies are there.
By the way (I don’t know how people usually call them).

This anomaly will kick you up the sky, and deal a lot of damage, but then you will reach level 8+
you should be able to survive it. 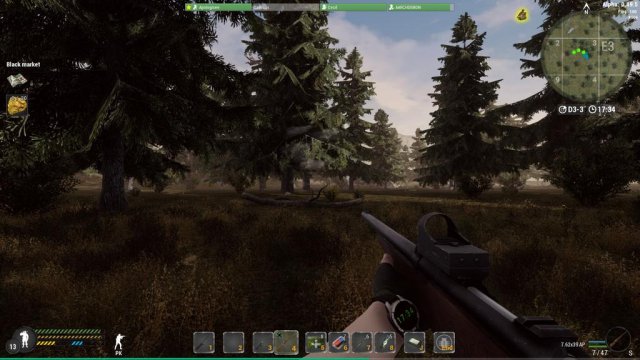 This anomaly will deal you poison affect if you come close, or run trough it. Its not gonna deal a lot of damage, if you wont stay to long by it. And actually you can evade the effect of it by holding “alt”. 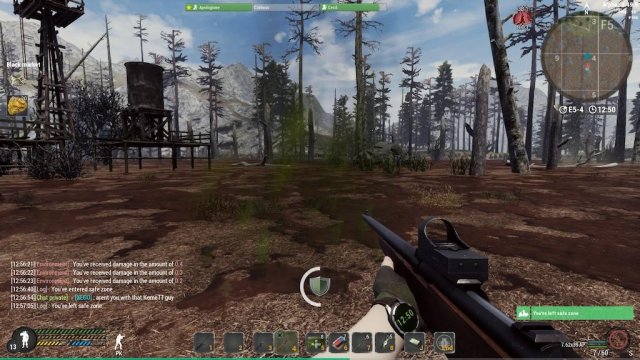 The feature witch lets you to hold breath.

If you were walking trew “MTE” or “Bunker” You surely met it, and its same as toxin one, only difference is that its gonna do less damage then toxin one, and you can evade the poison it deal’s
by holding “alt”. 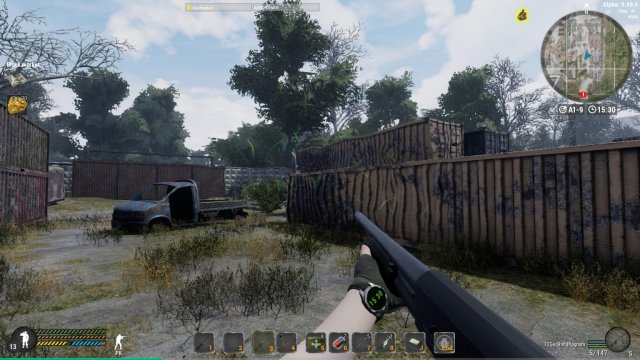 Its not allways dangerous, actually you may use it for your use, since sometimes they teleport closer to your destiny. But it has risk teleporting you in sky, witch gonna probably make you die.
But its not hard to spot it, and its rare to get killed by one. 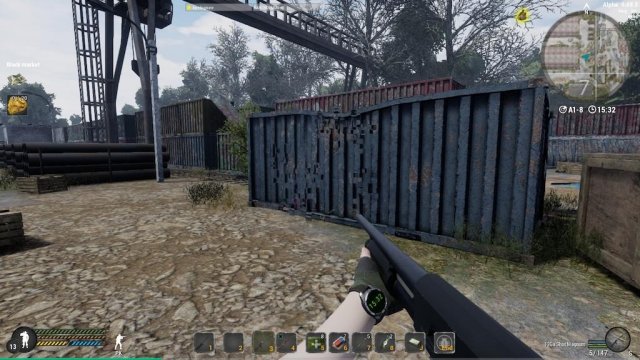 At some point while i was traveling, i heard really bad sound, witch was made by anomaly, it moves around map, its barely visible, but u will surely hear it. I havent tryed going into one so i don’t know alot of details about that. But it apperantly does hella damage.

Will To Live Online – Information For Barman Quest

I had hard a time doing this quest i hope this help you out. Other Will To Live Online Guides: Tips and Tricks. Easy Way to Get Tokens and Experience. […]

A guide for the quest named Three Wise Monkeys. Other Will To Live Online Guides: Tips and Tricks. How to Create a Clan? Information For Barman Quest. Easy Way to […]