This guide will advise players on how to build their cities, advice on laws and exploration. From the early game until the storm.

In this guide i will outline what you need to focus on to get your city through the storm all while trying to support as many survivors as possible. Advice on buildings, laws and exploration. From early game till the late game.

You begin the game with 80 survivors, 15 who are children. It’s a good idea to pause at this time and take a moment to familiarize yourself with the situation. Decide where you will build most of your housing and see where you need to build your industry. You can use this image as reference for where it’s best to build housing and where not. 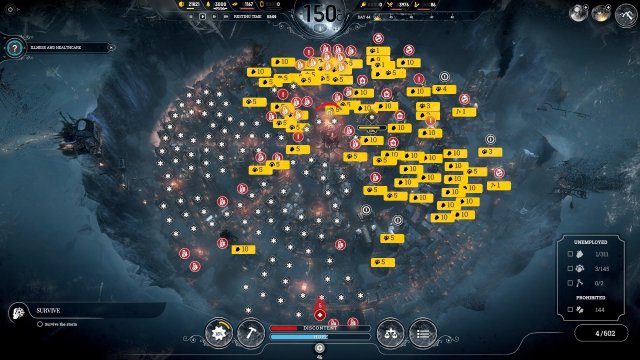 For a start you’ll need to gather enough coal to start the generator. If you don’t start the generator b4 night comes 1/4 of your ppl will die and that’s pretty much game over. Build a gathering post where the wood and steel crates are. Gathering posts are VERY good, they gather from all the types of resources at once, although they are a bit slower than directly assigning ppl it is much more effecient to use posts. Focus on geting the emergency shift and extended shift laws first. Extended shift is REALLY good and i always use extended shifts on workshops to get more research done. An emergency shift can also work wonders if used on the wood/steel gathering post. Child labor can also be a great early game boost but is pretty much useless late game. The other option is child shelter which is good late game. The follow up laws let the children contribute to sickness recovery OR faster research. The research one is better in my opinion. getting techs faster means more resources for your city to prepare for the storm.

Hold off on building tents, your ppl can sleep on the ground for a few nights no problem(as long as you start the generator!). Cookhouse, medical post and workshop have higher priorities. Make sure you build the cookhouse and medical post in the heat zone of the generator. Workshops have better insulation so you can build those farther away.

Your resource situation should be fine at this point for now. Once your workshop has been built we can finally start some research. If we want to support a large amount of ppl, the first step is to get a beacon. We’ll need to get as many steam cores as we can get so getting outposts will be our primary goal for the early game.

If you have spare wood you can build some tents and hunters. You only have food supplies for 2 days so make sure you have some food supply ready by the third day.

Your resource piles will be running low so the next most important thing is to get sawmills, coal thumper and steelworks. Build 2 sawmills and you should be fine on the wood front for the time being. In order to work the coal thumper you’ll need some extra hands so make sure you have a scout team ready to get exploring and bring back survivors. Once you have secured your supplies for the time being once agian, you can focus on getting that juicy outpost tech(don’t rush it! don’t be afraid to start some other tech if you don’t have the resources or the cold is an issue).

Get a second scout team and faster scout teams too! it’s really good. As for the exploration choices, you should focus on getting as much steam cores as you can. That means dismateling the automaton on the bridge and dismanteling the coal mine(isn’t needed anyway, we don’t need the coal and we’ll need the cores late game).

Constructing additional workshops can give great benefits. The 2nd gives 30%, the 3rd gives a 20% research rate bonus. Each one after that gives 10% if you have spare engineers, put them to work in a workshop! you can never research things too fast.

Use your first steam cores to build hothouses. Hothouses are much more effecient than hunter tents are AND you can set the shift hours to boost their output.

If you don’t go to winterhome in time, then a man from winterhome will arrive. He’ll live just long enough to convey the situation in winter home then die. if you don’t have a dead body law this can be annoying so make sure you trigger winterhome b4 day 19!

As we discover the fate of Winterhome we progress the next stage of the game. As our ppl lose hope we’ll need to choose a path forward. There are benefits and demerits to each choice.

Either is good but Order has good synergy with child labour, since order requires more workers than Faith. With faith you can go with the child shelters and graveyard laws more easily than with order.

Going too far down your chosen path will make the end sequence a tiny bit diffrent but has no effect otherwise. Going beyond public penance and temple willl trigger it.

Don’t be afraid to dismantle! you can always build more tents later. Having better coverage on your guard posts or chapels is more important.

As the game progresses you’ll need to start looking into Coal mines to boost you output. Also upgrade your steel mines as soon as possible. You’ll need mountains of steel if you want to weather the storm with 600+ ppl. On exploration prioritize getting ppl and steam cores. This is why you need those outpost teams! SAVE before your scout team enters Tesla city and tries to disable the forcefield. It can kill your scout team and the precious cargo of the team!

Use your oupost teams on Tesla city(steam cores if chosen to enter the city) and the iced dreadnought(steel). Steel and steam cores are the best choices to build outposts on. But they are in the north and means that the storm will get there earlier. Thats why you need to get those going as soon as possible. Every day you don’t have an outpost on Tesla city is a steam core you missed!

Start building up your industy using steam cores. Coal mines, hot houses and wall drills. I use automatons for the wall drills since at that stage you can afford the lower effeciency of the things. Also never accept the engeer’s project on automatons. You’ll sacrifce a steam core if you give him what he wants. You can’t afford to give these things out cheap and you’ll never actually need the additional effeciency in this scenario.

Check your temperature overlay often! if your tents bunkhouses and houses are comferable on the heat you can turn down the heat of your generator and save some resources!

Also if you have a surplus build a resource depot immediatly! the production buildings shut down if you can’t store it! each hour not working is an hour they could have worked to prepare the city better for the storm!

Once the first group of refugees arrive the late game starts. Your goal is to expand your city so you can support 600+ ppl. A whole new bunch of locations unlock at this stage so get to exploring. You can choose to escort the ppl in the locations closest to you but the more farther ones are best to just send to your city. You only have a limited amount of time to explore everything after all.

Use extended shift on all food production buildings. Use emergancy shift too you can never have too much food stored for the storm.

Make sure you have around 2000 wood stored. Once the storm is only a few days away the ppl will demand wood for their homes and you’ll need to accomodate them.

For research make sure you get the housing techs b4 you start upgrading houses. Much less stress on your steel department. Get all the insulation techs.

Other than that it’s pretty much wait and see. You can keep the generator in overclock for about a day so if the end of the storm is a day way you can use overclock to make sure everything is going smoothly.

Here follow some images of my Faith playthrough were i picked all the “humane” laws. 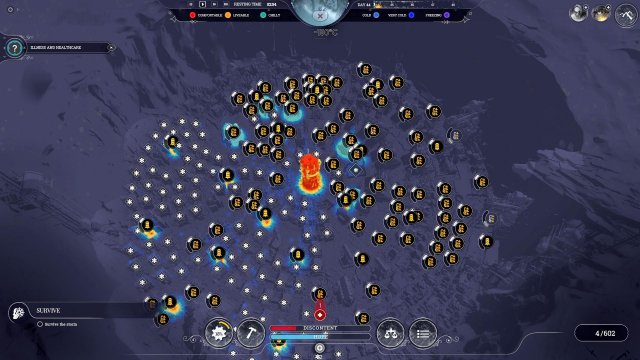 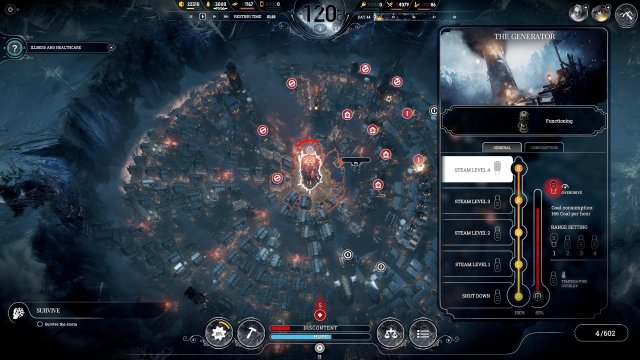 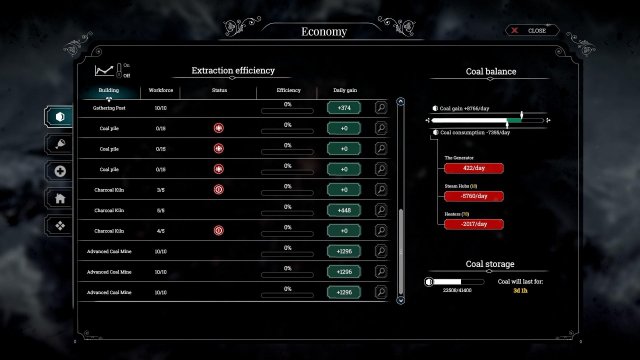 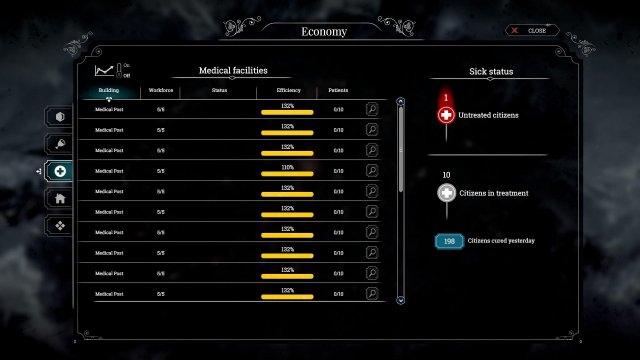 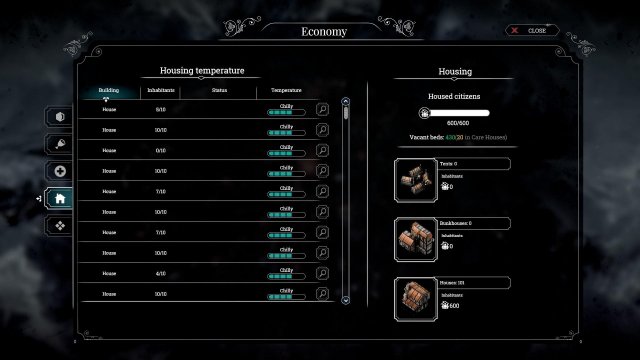 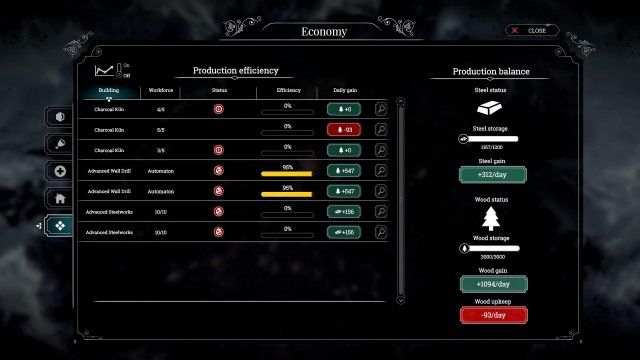 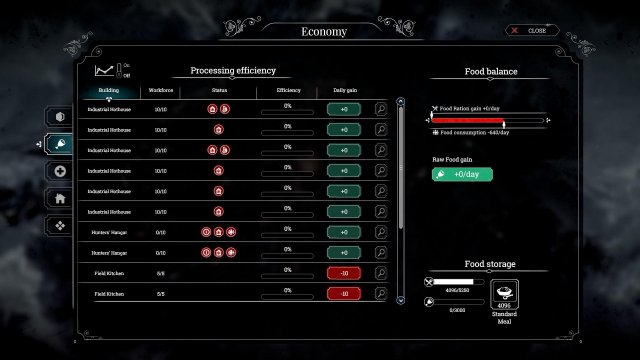 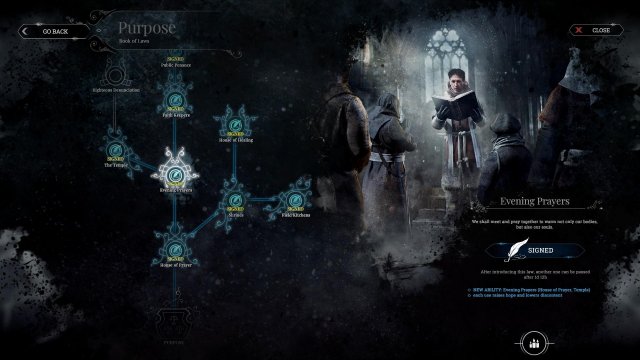 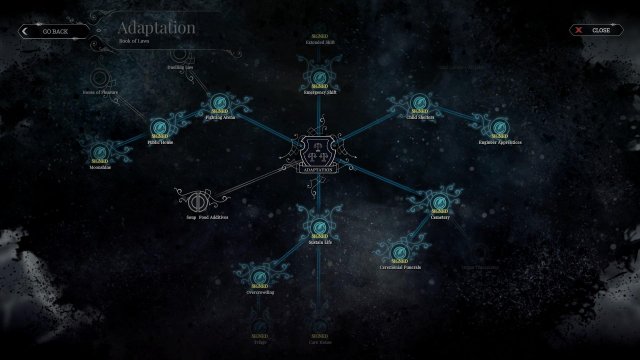 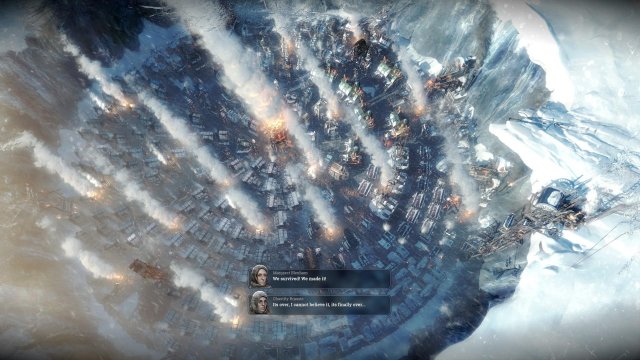 Frostpunk – Some Basic Hints and Tips

It is not easy to survive the cold and ever-encroaching dread of freezing do death, but alas, all is not lost. With clever planning, beneficial use of scarce resources and […]

Hi, just completed the New Home Map in Frostpunk on Survivor mode and wanted to share what i painstakingly learned to be a good starting build order. Since this map […]