Horde mode sets you against an unrelenting rabble of evil-doers. Each round is made up of 15 waves, during which you will face an ever increasing and varying crowd of enemies.

Each map will begin with areas closed off, and the area you can explore will expand as you pass successive waves.

Between waves you have about 25 seconds to prepare for the next, but you can skip the countdown by holding Enter – this will cut it down to 5 seconds. 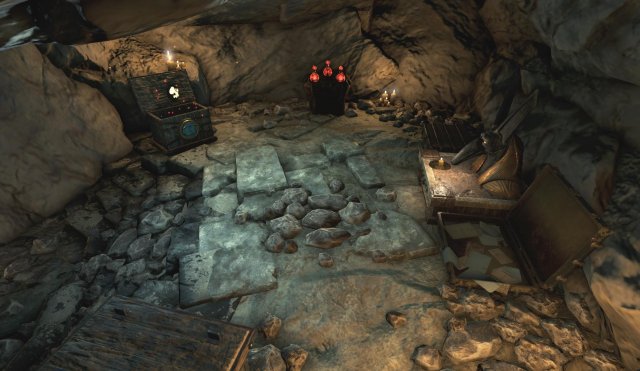 Around the map are locked doors with a golden hand reaching out for your precious gold. Behind these you will find potions, weapons blueprints and gems. Weapons blueprints are found in flat suitcases that spring open when approached – these unlock a new weapon for purchase between waves. Gems can be used to upgrade your weapon at the workbench.

Behind the final door, for a princely sum and the solving of a puzzle, awaits a handsome reward…

The workbench is only available between waves, whereas the weapon chest is always available. These both change location every few waves.

Amulets don’t cost anything to change between, but only those you have unlocked by playing the main campaign will be available to you. 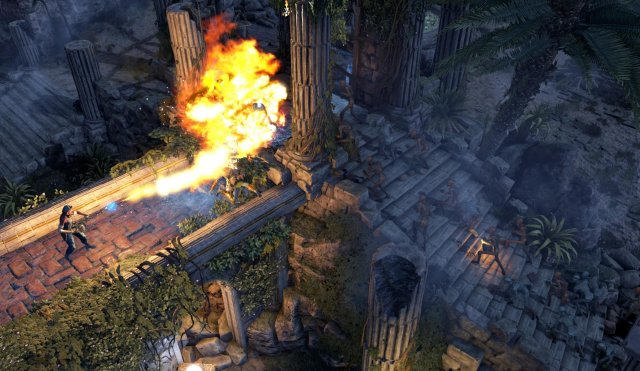