This guide is intended to help you with the Heartthrob achievements (a.k.a. the lily rank achiev).

In this game there are different maps with different difficulties. The best map, in my opinion, is for the mission “Defeat Saori!” Since this one allows you to have seven characters at the same time and the common enemies are quite easy to kill. 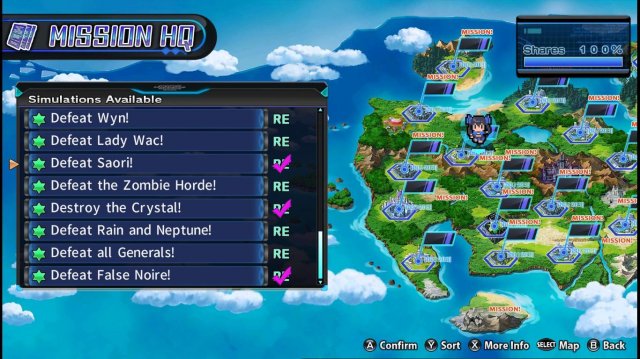 What to Do Next

Now that you selected the map, you have to select the characters. As the guide I linked above said, Vert, Lid and Wyn are the only ones that do not have support skills, so I recommend that you leave them for last, BUT, I do recommend you put only TWO of these characters in your team (I’ll explain later).

Now that you have selected your characters, you have to kill all common enemies, leaving alive Saori herself and only her. 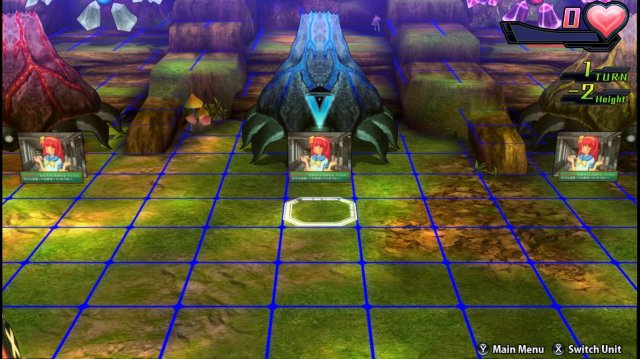 Bear in mind that if you get too close to Saori, she will attack you, so you have to kill the enemies without “activating” Saori.

Once you killed the enemies without making Saori go after you, you want to put your characters in a cross position, but since you have 7 characters, you will put the 2 characters with no support skills (Vert, Lid and/or Wyn) in the corners, like this: 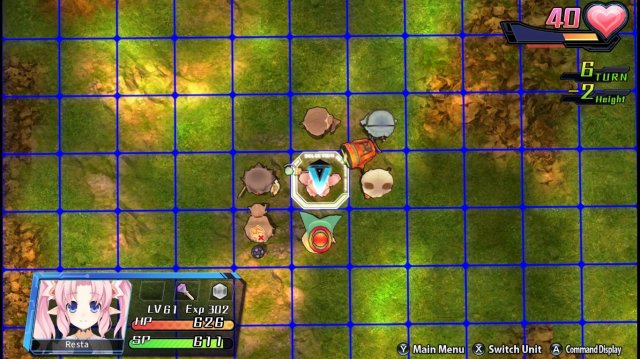 Now you start using the support skills of the 5 characters and use both characters on the corners to refill SP, this way you can last for as many turns as you need.

Make sure to stock your SP regenerating items since you will need them a lot.

Something that people may know, but I haven’t seen many people mentioning it, is that in the skill menu you can see the Image representing the lily rank with their surrounding characters. 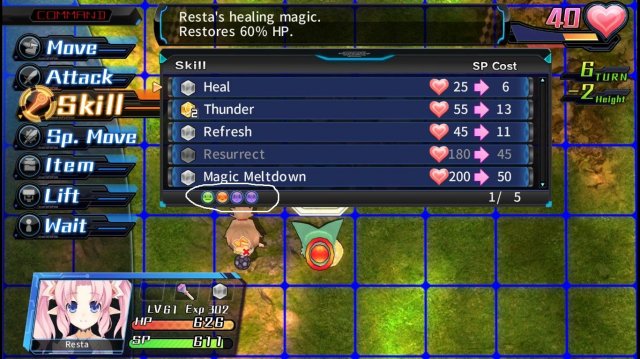