This guide describes the gameplay differences between John Morris and Eric Lecarde. 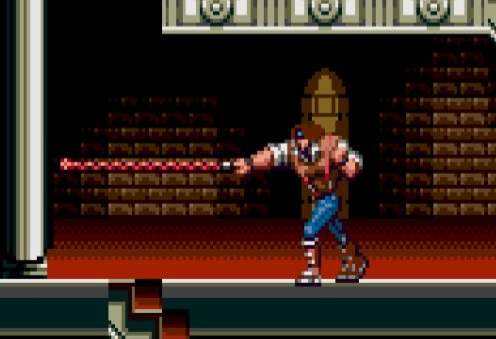 John’s standard attack on the ground and in the air is a foreword attack from the vampire killer, starting from behind his head and quickly whipping it foreword. he can attack enemies and candles while the animation shows the whip behind his head, as the whip remains active throughout most of the animation. you can hold the attack animation to have the whip stay out for a short while longer. 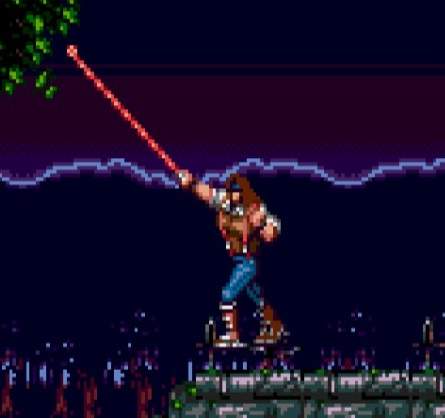 While jumping, you can hold up and John while attack with his whip in a diagonal-upward direction. 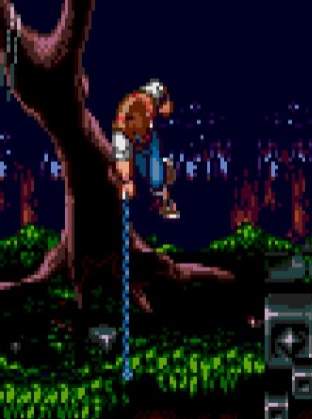 If you attack while holding down in mid-air John will attack with his whip stretching under him. 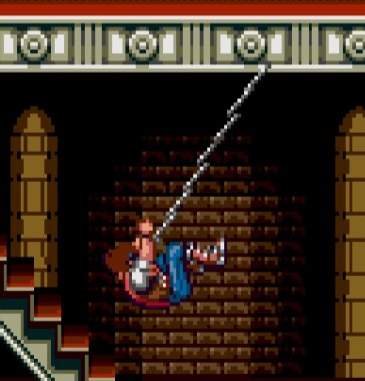 If you do your upward Diaginal whip and the tip hits a ceiling and you continue to hold it John will swing with his whip, you can hold Up and Down to change his distance away from the ceiling. necessary to jump over some gaps in the The Leaning Tower of Pisa.

Eric Lecarde receives the Alucard Spear from Alucard to complement the Vampire Killer, and to aid the Morris Family in the Belmont family’s absence. 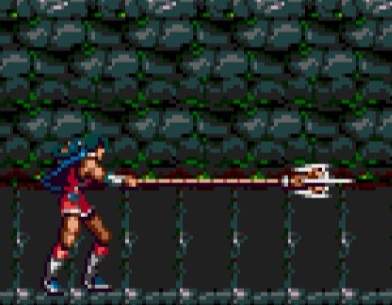 The Alucard Spear is slightly longer than the Vampire Killer, but it is also slightly slower. Crouching will make you attack faster at the cost of less range and a lower attack angle. 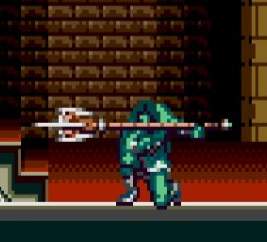 Holding down crouch will let Eric charge his super jump. The Super Jump can be activated by pressing jump while crouching. 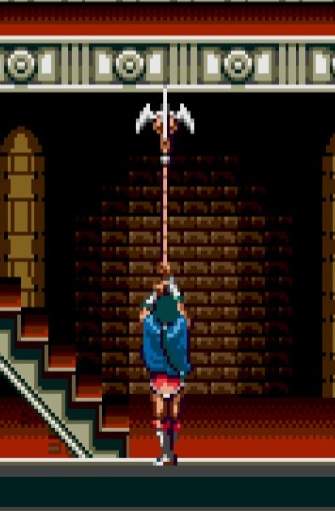 While holding up while standing Eric will thrust his spear upwards. 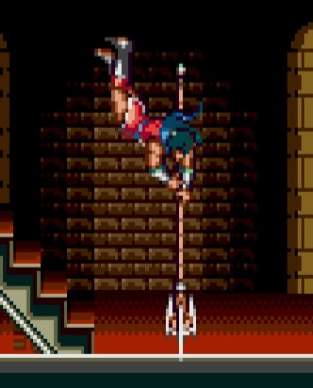 While jumping you can hold down and press attack Eric will thrust his spear as he falls. 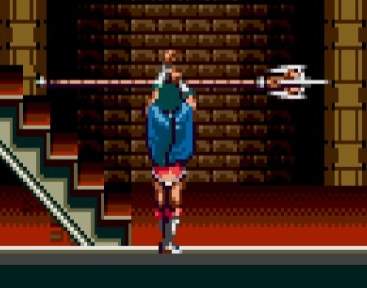 After attacking with the standard attack and holding the opposite direction of where Eric is facing he will spin his spear around him and face the other way, where this can be repeated.

Johnathan Morris wields the legendary whip Vampire Killer, the whipped passed down from generation to generation from the Belmont clan. The Morris Clan is distantly related to the Belmonts. Since the Curse placed upon the whip disallows full blooded Belmonts to wield it against evil, they “They” likely being Shanoa or a belmont, or Richter himself lend it to the Morris family, due to Quincy Morris proving himself a powerful vampire hunter, and his son, John Morris would eventually wield the Vampire Killer during world war 1.

John Morris is an overbearing man who expresses much kindness, and has a weakness for women.

Portrait of Ruin Spoilers Below.

John Morris would die shortly after this game, even though he fought and killed the whip’s memory of Richter, as a non full blooded Belmont his life would be siphoned for as long as he used it. and his son Johnathan Morris would go on to wield the legendary whip, without his father ever telling him how to activate the full power of the Vampire Killer, so his son could live a full life.

Eric was born in Spain, and is also a distant relative to the Belmont Family, much like John Morris. John Morris and Eric Lecarde were childhood friends I don’t know how since one grew up and Spain and one grew up in Texas, but whatever and helps his friend John defeat dracula.

Eric Lecarde is a feminine male who is always set on his goal.

Portrait of Ruin spoilers below.

Eric helps John’s son, Johnathan defeat Dracula during world war 2 under the name “Wind”, and appears as a ghost. His daughters, Stella and Loretta Lecarde, help Johnathan unlock the vampire killer by letting Johnathan fight the whip’s memory, and break the curse on it, allowing full blooded Belmonts to wield it again. And it is revealed that the Alucard Spear was given to Eric Specifically as he is the current heir to the Lecarde Family, and the Lecarde Family are the only people who can unlock the vampire killer.

A map and item location graphic for Simon’s Quest. The Map Click to enlarge… Recommended for You Castlevania Anniversary Collection – Simon’s Quest Map and Item Locations