Intro to Frenzy. Things you could definitely find out on your own.

Originally fabled as an April Fool’s joke, Frenzy was released as under the Arcade mode with update 1.3. Simply, Frenzy is New World’s take on a zombie game mode. Layered on top of the Checkpoint game mode, you get the opportunity to either die slowly (as you’re butchered by AI) or die quickly (as you’re sniped with a molotov).

This is not a comprehensive guide and was only meant to fill the lack of documentation. You would pick up on most of these details within a few matches.

These are your common enemies. Equipped with a knife, they will chase you and try to kill you. They’ll occasionally sidestep (crab style) to make you waste bullets, but they are pretty straightforward otherwise. 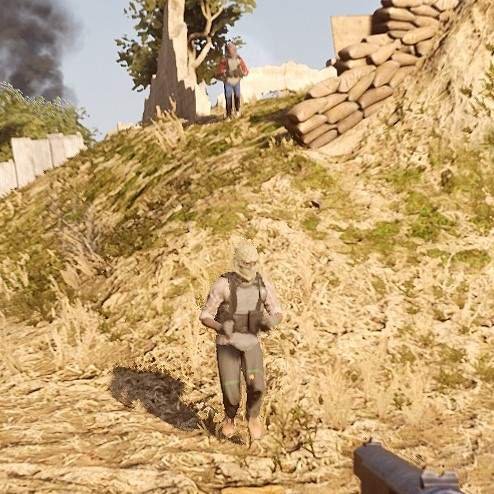 The Jumper enemy is distinguished by the trail of embers and its ability to teleport. If one in targeting you, you will hear a satisfying *whoosh* noise whenever the jumper teleports. I’m not sure if this enemy has any limits to where it can teleport and should be considered a counter to camping. (I’ve witnessed a jumper teleport on top of a car to kill the player who was prone on it.) Keep an eye out; this enemy can cause (even more) team kills by teleport right into a clump of teammates (sometimes). 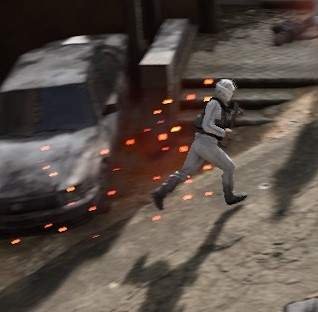 Wearing only light armor, the Jumper is somehow able to keep its white jumpsuit pristine despite running through all of the dirt, dust, and blood.

Just like in coop, the suicide bomber will run towards your team. Drop ’em before they are able to detonate their IED, signaled by the beeping noise. Nothing notable has changed from Checkpoint. 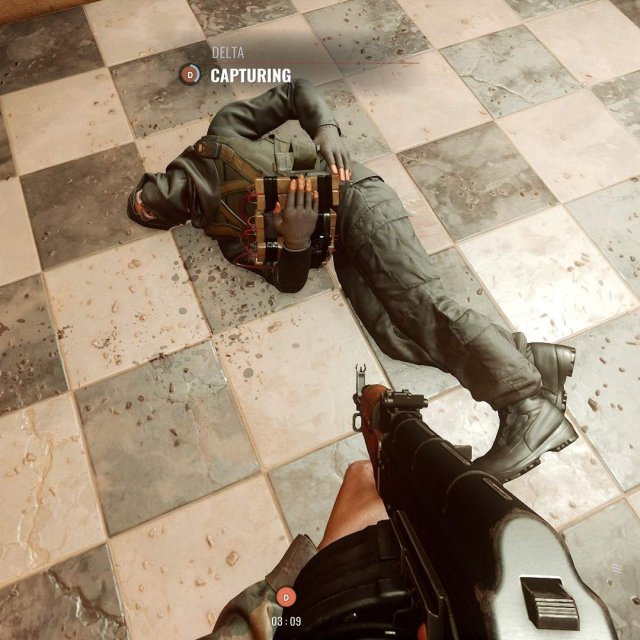 Running ablaze in a yellow jumpsuit, the flamer enemy will drop a Molotov cocktail once upon death. Expect to die if you are standing within a few meters of a flamer’s on death. This makes outrunning a flamer impractical, unless a Flamer fixates on a different teammate. Flamers are very easy to anticipate due to the gawd-awful yelling they make. 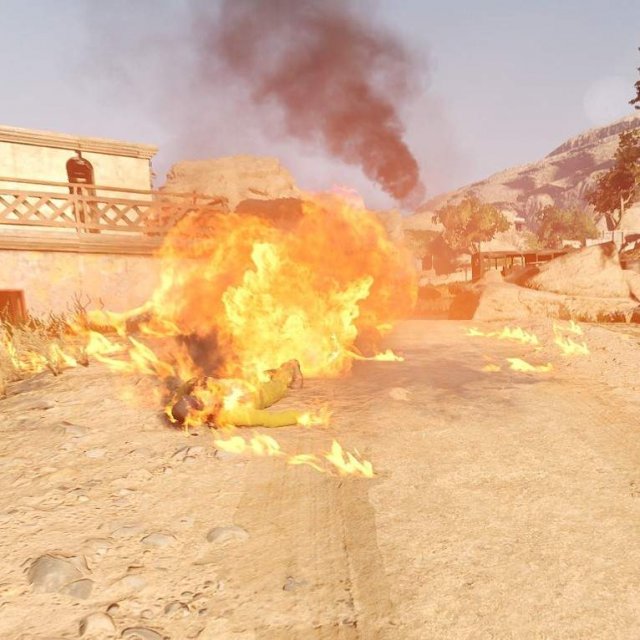 Bruisers are distinguished by their stylish floral shirts, heavy armor, and uncomfortable deep grunting noises. It is common to dispose of more than one magazine to kill a single bruiser. According to the “Visual Improvements” section of the 6/19/19 update for the Update 1.3 patch notes…

I haven’t verified this in-game yet (and bruisers already have a high health pool), so take it with a grain of salt. 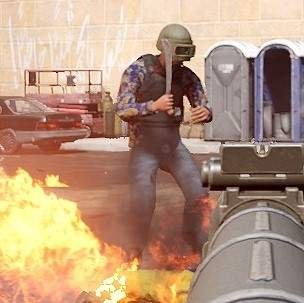 Taking the form of melee damage, this is main source of most enemies’ damage. Expect them to swing at you once they are in melee range.

Just as you would see in Checkpoint, there is a class of enemy that comes equipped with IEDs and act as suicide bombers. If the carrier is not killed before the chirp of beeping finishes, expect a wall-penetrating explosion (as is implemented with IEDs and C4).

Upon their death, the Flamer enemy will drop a Molotov cocktail at their feet. If you are standing adjacent to a flamer enemy as it dies, you will probably die too.

Molotov cocktails act as one of two tools AI will use to counter players that camp in hard to reach places (see Jumper). As mentioned in the patch notes for the 6/18/19 Hotfix for Update 1.3.

If you try to outsmart the AI by camping out of melee range, expect an expertly placed molotov at your feet. According to Update 6/19/19, you should not expect a wild Molotov if you’re out of melee range but still in an enemy-accessible space.

From my experience, that is kind of bull ♥♥♥. I would not be surprised if standing on a couch is considered unreachable. If you did not trust the Checkpoint AI, do not trust the Frenzy AI either.

Body armor affects how knife hits you can take before dying. Let me know if these stats need to be changed. 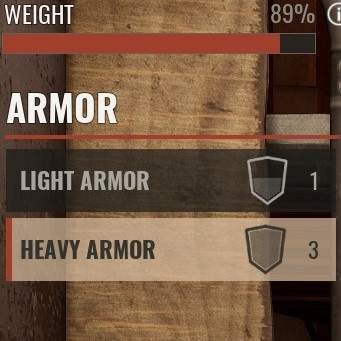 The AI will call in fire support during a counterattack, just like Checkpoint. While you can usually duck away from toxic gas indoors, your gas mask will be life saving if you find yourself outside. 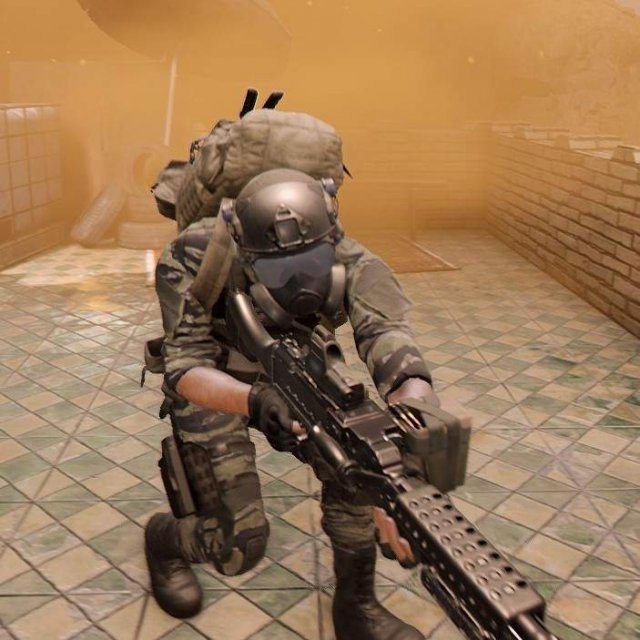 Your scoreboard gives you a snapshot of the classes of the last 15 enemies that spawned. It won’t give away positions, but you’ll know who is coming. 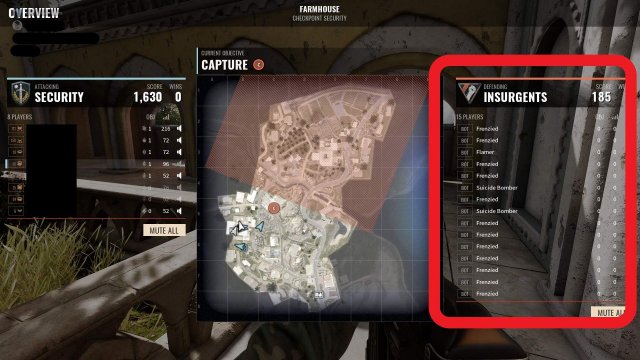 General Tips Just some quick tips I’ve learned so far. If you’re not the only commander on your team, be considerate. Ask before using a one off support, (Helicopters) or […]

A guide that is aimed to give the newest of players the same game sense as a player that has played since the beginning. Other Insurgency: Sandstorm Guides: Optimization (FPS […]

Insurgency: Sandstorm – How to Use and Fight Helicopters

This guide will show you how to deal with both choppers, and how to use them “effectively”. ContentsThe Black Hawk | Call sign: ClericHow Do I Get This Annoying Deathmachine […]