How to unlock each of the 2.0 boss weapons that I am aware of and have received while playing through the game.

This one is fairly simple, do the boss fight as normal, but just cut off those little claw arms Johnny has and this will drop.

Recommendations are that you cut of his arms first before proceeding to destroy the cooling tanks, and as it’s impossible to kill Little Johnny without destroying his cooling tanks, it’s probably easiest the cut his claw arms at the start. It’s a Twin Rigged weapon with poison elemental damage. 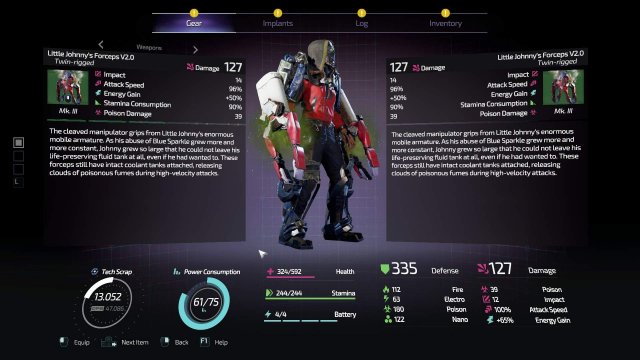 This one is a little awkward, as I received the 2.0 weapon but I’m unsure how I actually did it, so I’ll run through how my successful attempt went.

For the First phase, proceed as normal, however once he switches to his Second phase make sure you damage his front legs enough that they stop being armoured, and when his Third and final phase starts, break as many limbs as possible, for me I broke both his legs and his right arm. This was the attempt that I beat the boss and received the 2.0 weapon. It is a staff with Nanite elemental damage. 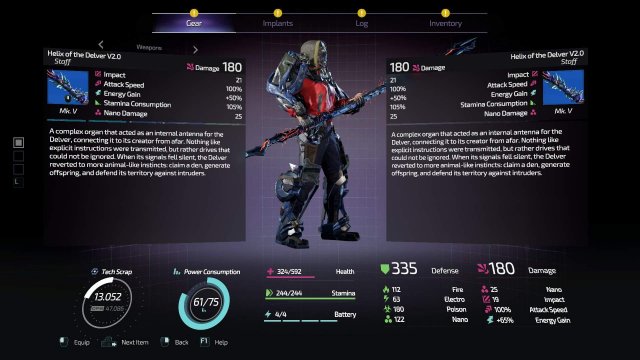 This one has been a pain for me to beat, took like 35 tries because of the phase 1 dual weapon setup and the Phase 2 robot + Punching Gloves general combo, but I have finally beaten it and gotten the 2.0 weapon, here’s how I did it:

So for Phase 1 of the fight, go for his legs, remembering to back off every now and again or he’ll wreck you, once both his legs are broken(no longer armoured), just keep doing damage to get him to Phase 2. Once he’s in Phase 2 the general will jump out of the mech and start fighting you, you need to target the now immobile mech and break it’s flamethrower arm, I did this by kiting Ezra around the robot and just hitting it when he was either stuck on the robot or you have time after dodging his combo. Once the flamethrower arm is broken, aim for the generals right arm and dismember it once you’ve done enough damage. This will end the fight and play a cutscene. The weapon is a pair of Punching Gloves with no elemental damage.

You can also destroy the mech’s flamethrower in phase 2 to net yourself a minigun drone weapon. 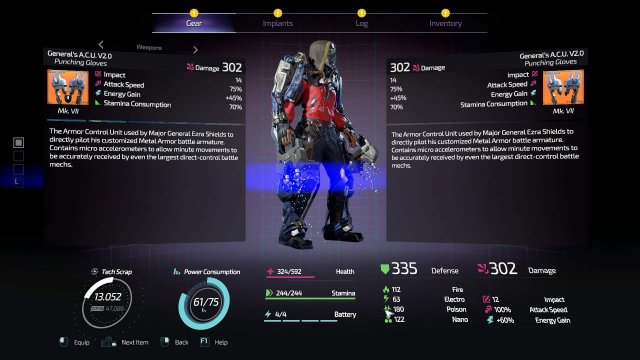 I got her weapon in NG+, thats why the damage is so high in the screenshot.

It’s recommended to use the Physical Aggression Redirector implant if you’re trying for this weapon as her health is very low and you can easily accidentally kill her.

So for Phase 1 I don’t believe you have to target anywhere specifically, I’d go for the right arm just to be safe. Once you reach Phase 2 she sprouts mechanical arms from her back, target those and cut them both off, once you’ve done that, finish the fight by killing her and you should receive this weapon. I believe it is a Double Duty weapon with Electricity elemental damage. 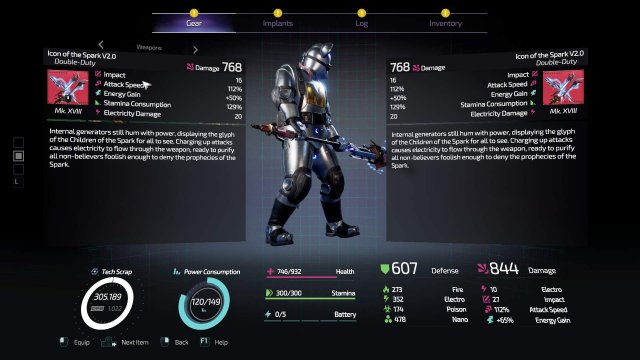 This one is simple to remember, simply break all of his armoured parts before killing him, pretty much guaranteed if you don’t mind stopping the attack spam for a minute. This weapon is Heavy Duty with Nano elemental damage. 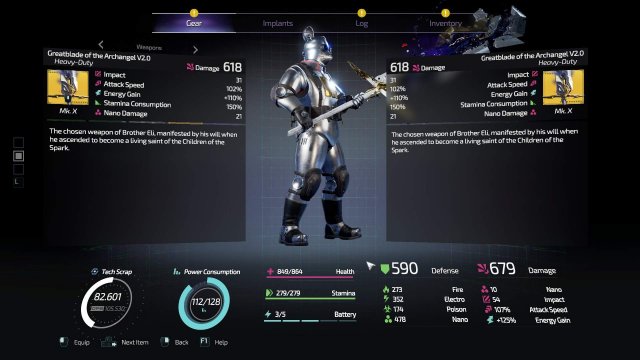 So I just got this, was as surprised as you are to find out that this is a thing.

So to get this, just do all of Warren’s quests, Main things are getting him the A.I.D set, helping him to find out what A,I,D, did with the kids they took, and finally getting him the repeller coil from the JCPD prison. after all of this, I also let him take the train to safety, even though he offers to let you go instead. When you ask about a reward and say your goodbyes, he will give you this weapon and an implant, plus 3 IX weapon parts. So long, my friend. This weapon is a single rig with no elemental damage bonuses. 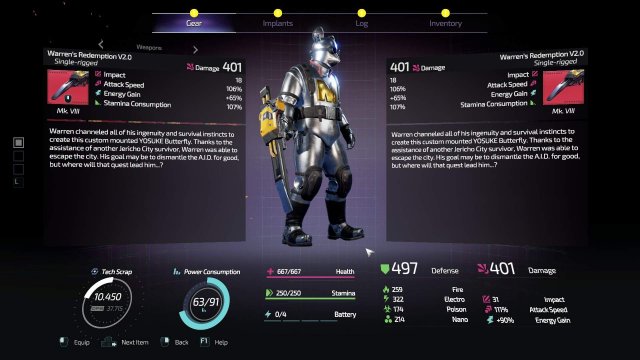 The Surge 2 – Tips and Tricks for Getting Started

Before you play the The Surge 2 game, you will definitely want to know these simple but useful tips and tricks. If you have any tips feel free to share […]

The Surge 2 – How the Banner System Works

The Banner System The floating holograms you see of other players are banners. You can find the upgrade to your sentry to place them yourself by going up the ramp […]