This guide is written by a British beginner (pvp-wise) to help out other British beginners. So it is pretty obvious that it will not be perfect and that you should not get mad because of it. 😀 A Guide like this one would have been helpful for me. That is why I decided to share my 5 main strategies for my favorite faction. I have several friends that are even more unexperienced in pvp as well and wanted to use this guide as a tool to help them.

That’s how I usually start out with any commander:

The “Turtle” tactic doesn’t use this build order. We get back to that topic later. 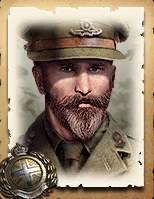 This tactic really excels on maps that have so small distances between two victory points that you can cover 2 VPs at the same time with each mortar emplacement. Repair Stations, constantly cover denying mortar pits and Infantry Sections that can build and repair forward assemblies offer so much useful utility. Infantry fights are much easier thanks to the indirect fire, Tanks can get in and out of danger several times in short time windows thanks to the fast repair and you won’t need to waste any MP and population to get Royal Engineers. Furthermore the durability upgrade for emplacements and the counter battery will enable you to guard your mortar pits much better. Your repair stations can fix your allies’ vehicles as well, so it’s good for team play.

This one is my most defensive strategy and also the most situational. ONLY consider using it on very choke point heavy maps (“Achelous River” for example) where you can defend at least the half map by locking down 1-3 key areas with emplacements. So yes, this strategy is basically emplacement spam. The British emplacements are able to deal insane amounts of damage and are also pretty durable. The big downsides are the limited range paired with their stationary nature. That’s why you are usually playing yourself off to you by spamming them. A big part of your population slots will be invested in stationary units, so your enemy just needs to move around them instead of trying to break through. Then your enemy can completely destroy your base and you won’t have enough mobile units to defend yourself. However, on some extremely choke point heavy maps there is no possibility to ignore your emplacements and that’s where this strategy can be very useful, especially in team games. 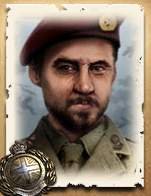 The two storm tactics are my most offensive strategies. You will completely delete any hostile infantry with your Storm Sections and your early game will be outstanding. Furthermore you can reinforce your own and even allied infantry anywhere on the map with the M5 Half-Track Transport. It even works in hostiles bases. I don’t recommend adding the Flak to it because the reinforcement ability will be lost then. Vehicle Crew Repairs allow fast repairs anywhere on the map at each time as long as you have enough ammunitions.

This one is pretty similar to the normal storm tactic but faster / cheaper.

This tactic really excels versus extremely defensive players who build a lot of stationary units. The Falme Mortars and the AVRE will tear down structures very fast. Furthermore this strategy requires a lot of fuel and that’s why it reaches its peak during the later stages of a game. However, the end game potential of this tactic is completely insane. I don’t recommend it for duels though because of the weak early game and because the AVRE is a much better unit for team games in general. You will need at least 30 seconds (with first veterancy rank) to reaload its gun, which makes you pretty vulnerable without team mates. Furthermore the AVRE is a good blob counter and big amounts of units in a smaller area should be more frequent if there are more players in that game.

Company of Heroes 2 – How to Get Obersoldaten Early

Do you wish to have 3-4 fully upgraded Obers out by 8 minutes into the start of a match? Look no further! Guide to Get Obersoldaten Early Introduction Most build […]

Tips for Newbies Campaign The first thing to do is play the campagin to learn some basics. You dont need to play the full campagin, just a few missions to […]

This short guide covers about recent Sturmpanzer uproar and a little about vehicle movement mechanic. ContentsGuide to Explained Vehicle Movement Mechanics and SturmtigerVehicles and YouThe Behavior In QuestionPanzerwerfer Special ChapterSo […]