Welcome to example build orders the Soviet Union and United States Forces. This guide is specifically a build order or parts of a build order that you can practice and find some success with. These build orders are based on trial and error and knowledge of the current patch. The reason why I personally enjoy playing the USSR and USF is because they are very mobile, aggressive and versatile armies. This makes them somewhat challenging to play due to constant micro-management, but quite fun as a result. 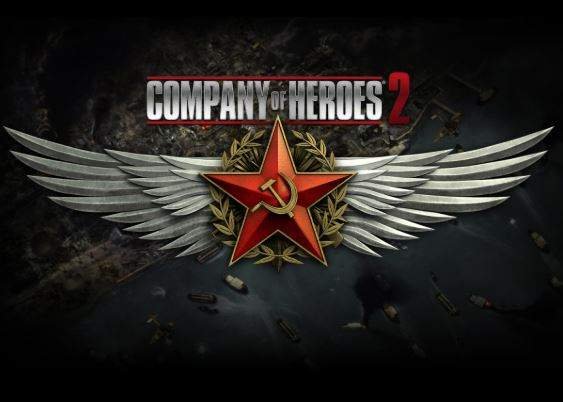 Alright, so, the Soviet Union has very efficient units for their cost, but that comes at a price. The price is a lack of high quality units or equipment. However, the Soviets make up for this by having numbers. This is why mico-management is so important here. Essentially, you want to overwhelm your opponent with numbers in a fire fight.

Note: Do not blob.

Although outmaneuvering and outgunning your enemy may work early on, the lack of quality and training in your conscript squads will be quite apparent. Thus, from the Tier 2 building (Support weapon Kompanya), you want a maxim squad to support your infantry in assaults or to hold onto a strategic sector.

The next unit to build depends on the commander that you decide to pick, but one of my favourite commanders is the Guard motor coordination tactics, and to be honest this build order is based on that commander. You want to deploy a guard rifles squad and upgrade them with the dp 28 machine gun. This squad is an early light anti tank unit that can also decently fight infantry. They will be a counter to any light vehicle support the enemy decides to use against your conscript squads. Have them supported by a maxim or conscripts and they will do a very good job against infantry or light vehicles.

Now, you want to go for the holy grail of the mid game. For the USSR, that is the T-70 light tank. This unit will be very useful in establishing dominance around the battlefield. However, it must be brought out before the 10 minute mark, since by then the Axis most likely will have access to medium tanks or very strong anti tank capability.

So, hold back the huns or capitalize on your gains (in a communist way), build a Tier 3 building, and save fuel until you can build the t-70 light tank. Furthermore, in anticipation of an enemy tank or vehicle coming out, you also want to build a Zis 3 Anti tank gun after the t-70 light tank.

The next unit now will depend on your needs, you may want another maxim, or a mortar team to harass the enemy (especially if they are digging in and building defenses), or require another Zis 3 to counter vehicles or tanks. I personally prefer to have 2 Zis 3 Anti tank guns to cover important sectors with anti tank capability. Past the 10 minute mark, you need to go for the Tier 4 building to bring out the big guns towards the late game.

Now that you have a Tier 4 building, you will want to produce the T-34/85 tank that is available thanks to the Guard motor coordination tactics commander. Build 2 of those, since that tank is decent against armour and infantry. If you need more anti tank firepower, then go with 1 T-34/85 and 1 SU-85. The SU-85 provides long range vision and can harass enemy tanks from afar, but is quite vulnerable to flanks which is why the T-34/85 is a must to support it.

Now that you are in the late game, you want to mobalize reserves on your conscripts to make them more effective, and give them molotovs and anti tank grenades. Use conscripts to recrew support weapons or to merge with those units to keep them on the battlefield (but do not do that if you would lose the conscript squad in doing so).

Here is a Recap of this Soviet Build using the Guard motor Coordination Tactics commander:

USF is a very fun (in my opinion) and versatile faction that relies on aggressive gameplay. This faction requires a lot of micro-managment and is often infantry heavy. However, using American Tanks for combined arms warfare makes the USF a potent force, although they lack in the artillery department.

First, you want to build a riflemen squad. The backbone of your army, these GIs will deal a lot of damage at medium ranges due to their semi automatic rifle, the good ole M1 garand. Build another Riflemen, and another, so that you have a solid force of three rifle squads.

Now, you want to get the Lieutenant from the platoon command building. This Unit is important in order to obtain early game light Anti tank capabilities with the Bazooka upgrade, which costs 50 Munitions. If you are being harassed by Kubelwagons early on, this unit can harass them back with the bazooka.

Next, you want some area and crowd control. Get yourself a .50 cal Machine gun crew, which has decent suppression and damage. Since it is a bigger caliber than the Maxim machine gun or Vickers, it will deal more damage to light vehicles. Always support your .50 cal crew so that they effectively pin down units without getting flanked.

You will also want to upgrade the platoon command to provide you access to the Stuart Light tank. This light tank will give you some momentum and map control. Be careful of Panzershreks, RacketenWerfers, or Pak 40s. Do not get too close to infantry that have Panzerfausts (Grenadiers & Volks). It is effective against light vehicles and infantry.

Now that hopefully you have been controlling key sectors with your aggressive playstyle, get the weapons rack unlocked. You will want to equip every riflemen squad with 1 BAR, and give the Lieutenant a 2nd bazooka. This basically increases the damage output of your infantry squads and helps them scale into the mid to late game. If you have a lot of fuel, unlock yourself grenades also, but I prefer to save the fuel to get a major as soon as possible at this point.

Once you have 120 Fuel, request the Major so that you can obtain access to “heavier” tanks. Then, once you have 110 Fuel, grab a Sherman. The Sherman is a very good at killing infantry with the high explosive round, but it is not very strong against enemy medium tanks. It is a good support tank as long as you have infantry nearby though.

To obtain stronger Anti tank capability, I like to use the M36 Jackson. Although it can be easily killed if out of position, the Jackson can deliver some serious anti tank firepower at a great range. It is fast, accurate, and hard hitting, at the expense of low armour and health. Essentially it is a glass cannon.

Now, if you are using the Heavy Cavalry commander, you have a late game heavy tank known as the Pershing. It is the American equivalent to a Panther tank, but it has better anti infantry capability.

If you are still in the late game, you can deploy a Captian to unlock the anti-tank gun, pak howitzer, and Anti aircraft hafttrack.

Here is a Recap of this USF Build using the Heavy Cavalry Commander:

Some Weaknesses to These Builds

No faction is perfect here, and neither are my builds. So, I am also sharing with you here the weaknesses to these builds.

Although I hate to admit it, the Germans in this game are extremely powerful and very skilled players tend to play them in multiplayer.

I recognised these weak points the hard way (through defeat).

Company of Heroes 2 – How to Get Obersoldaten Early

Do you wish to have 3-4 fully upgraded Obers out by 8 minutes into the start of a match? Look no further! Guide to Get Obersoldaten Early Introduction Most build […]