This is the easiest way to get the hardest achievement in Castle Crashers by yourself or with others.

Note this guide requires the the game to be played in multiplayer with all 4 slots being used. Whether it be 1 person or multiple, there needs to be a way to control all 4 characters. I did this with 3 controllers and a keyboard by myself.

The characters and controllers will not matter as long as you can use them during the game.

When trying to face this achievement I found some commonly agreed upon things: a larger map without small paths to trap you, when in a pinch button mash to make up some ground and pausing will give you time to think out your next move. What I uncovered was in a 4 player game on a specific map, one of the characters will spawn out of bounds and be untouchable to the enemies. The map is an ice stage and as far as I am aware, will only spawn a character out of bounds on a 4 player game.

I recommend playing locally off one PC instead of playing online for a few reasons. Online games tends to lag in the wrong moments, occasionally you can get kicked out of the party putting you back at the main menu and the biggest reason is that you cannot pause an online game. 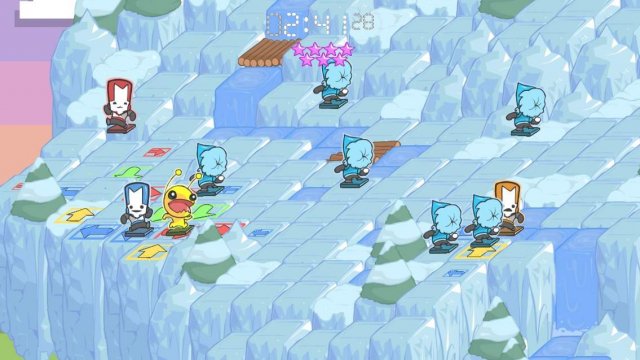 This is the stage you should look for. Note that the Orange Knight is on the water tile and unreachable.

Important Things You Should Know 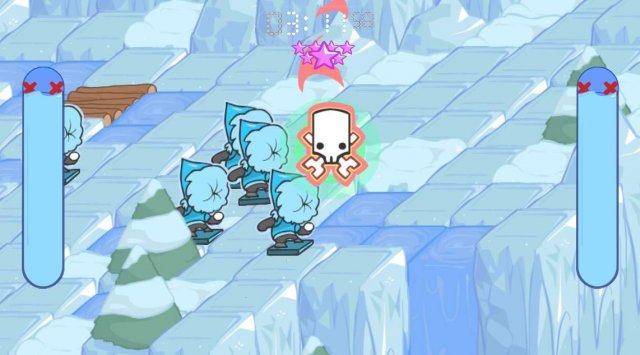 I got the achievement my 1st try doing it using this method and my friend who I shared it with got it on their 2nd try. It still requires luck and a small bit of skill, but is a vastly easier way to get it then any other method I’ve seen. 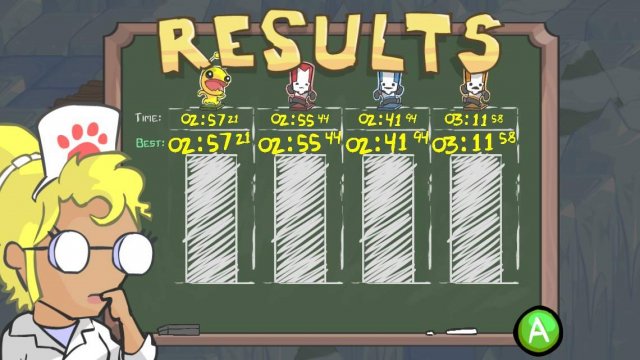