This guide takes a look at Ostriv’s economy and suggests a perspective and some interesting metrics that might help you manage your cash (with a few wish list items thrown in at the end for fun).

Show Me the Money

How much money do you have? You look at the treasury balance and read the number, and that is what you say, right? Not quite… you have money elsewhere – it’s in all those houses on the map. If you need it, you can raise rents and prices and… Voila! There is more money in your treasury.

The money in your treasury is good for two things:

The money in the game consists of money you control (treasury and households) and money you want (other cities). That’s where the money is.

Houston, We Have a Problem!

If your treasury is running low, there are three possible reasons:

In the real world, economists measure purchasing power to determine the relative value of money in different geographic locations. In Ostriv, there are two geographies – your village and everywhere else. If prices in your city are very low, relative to the import/export market, then each household needs less money to operate than in those other cities. Thus, if you reduce your prices, you can have more households with the same money supply without getting stretched thin.

Build your town hall as early as possible, and then cut salaries, rent and prices. A lot. Set things up such that you are paying out less than you take in. The specific levels can be adjusted annually based on last year’s performance, but in my experimental run (more below) I initially set my levels to: 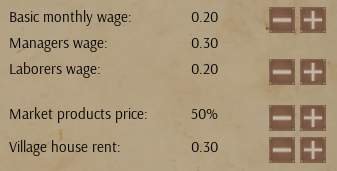 and later updated them to: 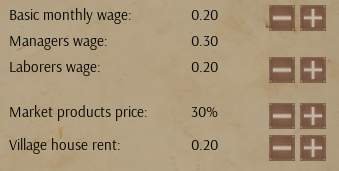 More thought on how to best tweak these settings to come, I suspect.

I played the first 10 years of the game measuring some metrics so you could see an example of how this works. Some notes on the gameplay:

Looking at the overall money supply and it’s distribution between the treasury and households over the 10 year period, we get the following: 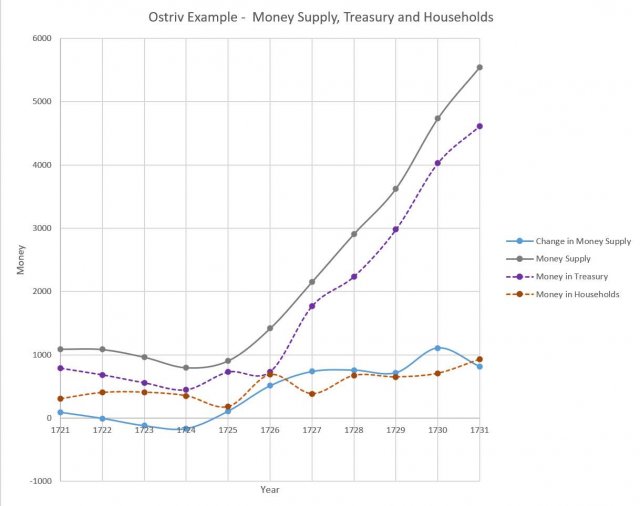 Looking at imports and exports over the period, we can see that we are reducing our money supply in the early years, but pushing net exports up (and restraining imports) results in an increasing money supply starting in 1724: 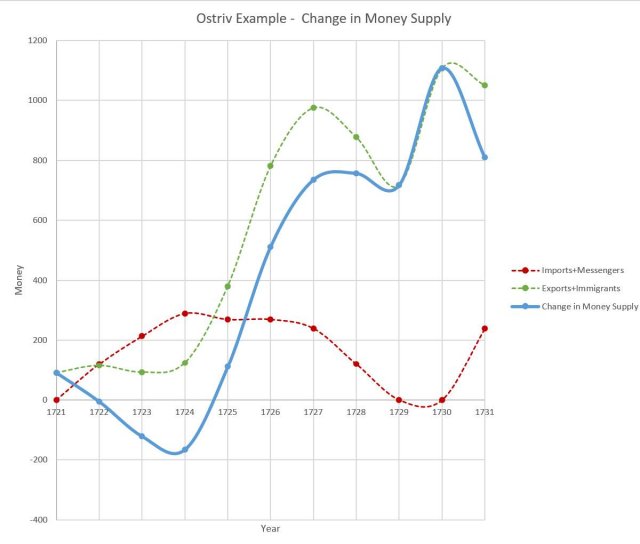 If we break down the flows in and out of households, we can see that the basic strategy is drain the households mercilessly, and then give them the money back using aid as they need it (usually at the end of the year). This prevents any household from accumulating excess cash, so all of our funds are available for use. 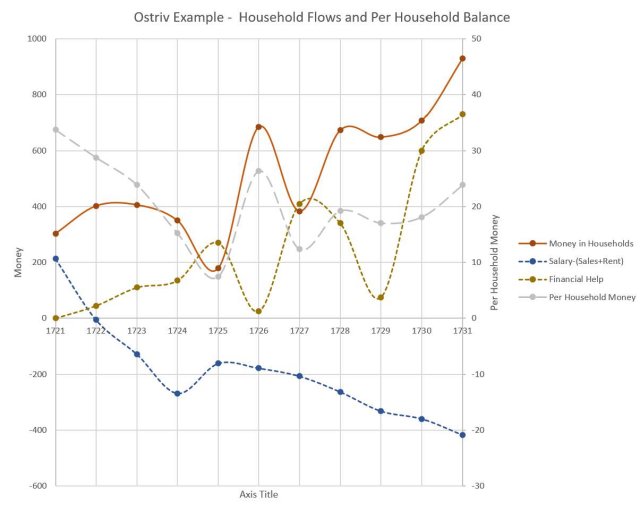 You can see the adjustment I made to rent and pricing in 1725 on the blue line.

This guide gives you all the information you need for buying and looking after animals, including how to gain the most benefit from them. ContentsHow Animal Husbandry WorksKeeping Animals AliveChickensPigsCattleHorses […]

Sort of like a very early stage of building guide. Guide to Build First build guide to keep all of your original town folks Pause the game before you do […]