The purpose of this guide is to give you a general understanding of the first and easiest boss in Pixel Galaxy, The Pixel. This guide will help you understand its mechanics, such as attack features, defense features, and how your play style should fit to this boss.

Guide to The Pixel Boss

The Pixel is the first boss of the game, and is therefore typically the easiest. Some people may still struggle, and that is why this guide here exists (Duh). The Pixel is not a complicated boss, and can be easily defeated when you know what you are doing. It has one attack, a simple defense, and a memorable movement. It should not be hard.

Side-note: This guide assumes you are beating this boss in normal mode; Colosseum mode works fine as well, and that is how I got screenshots.

The Pixel: Attack and Defense

Focus on one side of the pixel to shoot at, and you should eventually kill the boss. The Pixel’s first and only attack is shooting a fan of 4 pixels in your general direction. This is only active if the relative shield pixel is exposed to the outside. Keep moving to avoid being hit by these bullets, and you will be perfectly fine.

In case you don’t know what back-screen features are, it’s the other pixels that show up in the background that indirectly get in your way, or are there for you to pick up. In this case, in whichever direction The Pixel is going, small pixels will go by in the opposite direction as the boss and will shoot bullets in the opposite (same as the way the boss is moving) direction. Pick these up without getting hit for accurate shots. 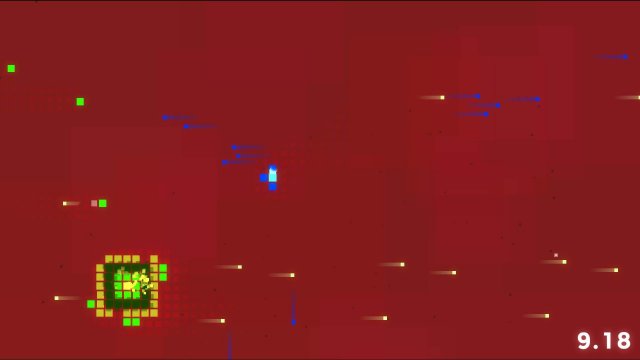 The Pixel: Your Strategy and Conclusion

The main strategy you should take here is to keep moving. Keep moving and stick to shooting at one side of the pixel, and you will do great. You can have any ship size, but a medium (5×5-7×7 pixels wide) ship is ideal. I believe in you. It’s not hard. You can do this. Now you should be on your way to defeating the very first boss of the game: The Pixel.

The purpose of this guide is to give you a general understanding of the second and hardest of the first 3 bosses in Pixel Galaxy, The Radiance. This guide will […]