All of the achievements are done during the second area (right after you do your first jump with the Normandy).

Note: I recommend doing the “Careful Driver” one first as I’m not sure whether it triggers on the level of hull damage or the amount of hull damage done by the asteroid scraping.

This one is one of the easier ones; dock and undock at any of the airlocks with the shuttle repeatedly and it will trigger. Keep docking/undocking until it triggers, you don’t need to fly away.

This one annoyed me a lot because the repair bots are hard to see. Find Repair Bots and keep blowing them up; you can find one or two of them at each repair station as well anywhere the coffin bots are located. Look closely!

You can snipe them from far enough away or just get into their blind arc and blast away.

Much like the Pew-Pew! Achievement, you can snipe these from far enough away.

The coffins don’t do too much damage individually but try and kite them as in a large enough group they can be annoying.

When you take out any of the Coffin Stations or a swarm of the coffins, look out for one coffin marked with the red arrows, blow it up and the achievement should trigger.

See below for image: 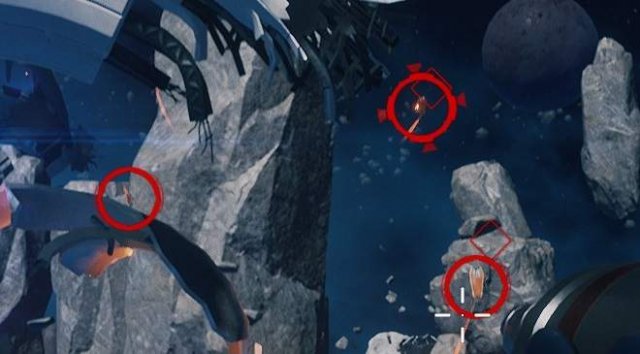 Most of them are around the coolant module area, however there is one that is easily missed that is within a tube-shaped piece nearby.

This triggered for me after about 5/6 times.

Use the bottom of the hull and drive along one of the knobbly asteroids making sure your hull gets damaged.

Triggered for me when my hull indicator went down (via collision damage) down to 66 from 155.

Breathedge – How to Increase FPS

FPS Boost First enter these commands into the console (the console opens when you press the ~ button). r.ScreenPercentage 0  This command deteriorates – improves the image, the smaller the […]