Generally speaking, for the new 10-20 Rank player, you will have two machine guns and one shotgun.

Of these, the RPK74 is arguably the best all around weapon. Here’s why: 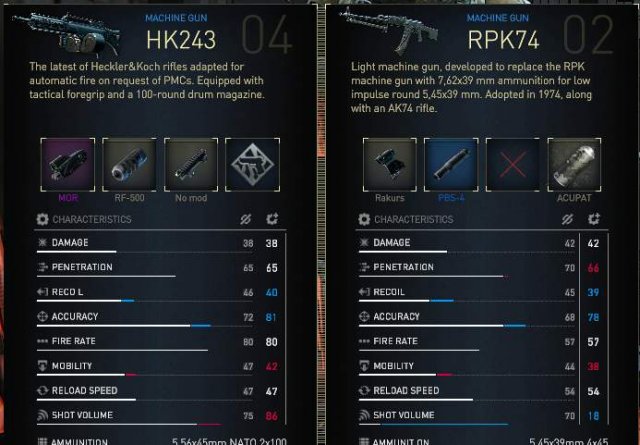 Shotguns in this game are extremely strong, as the midrange buckshot headshot returns, but also it can now kill in one shot at close range. Great.

The MP133 is pretty passable all told, but do remember that it has different ammo compared to the machine guns, so your progression may be somewhat diluted if you use them.

The HK243 requires use of AP-OFM to be good. As such, hold off on using it until you have it. 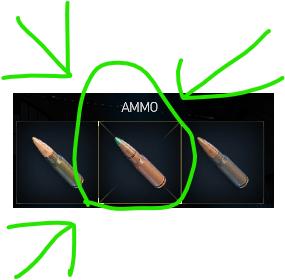 AP-OFM will allow you to have what is essentially a giant assault rifle.

This singlehandedly makes the HK243 go from mediocre to actually pretty good.

The MOR sight has an integrated laser that can be toggled with the laser key. This lets you have the laser very early on and improves your hipfire significantly, removing lots of guesswork.

On the muzzle, the highest recoil reduction is preferable, as is the norm.

The Destroyer has a lot of tools to Not Die.

Let’s look at some of these now.

Ravager is trash. I’m serious. It doesn’t help you against bullets which are your biggest problem, any more than regular bodyarmour.
Unless the enemy is spamming explosives and incendiary weapons, you can just not bother with Ravager, and autolock Heavy Ceramic instead.
If you want to move somewhat faster and give up what little protection you can get from sniper rifles, then use standard, but I really don’t recommend it.

As mentioned before, AP-OFM is your go-to. It boosts your penetration significantly, and will really help you match assault rifle/SMG DPS.
Later down the line with higher caliber higher recoil machine guns, the MG Ammo rounds will become more relevant, as they’ll help you stay on target better.

Skills are an important contribution into how long you’ll be able to live on the field.

All three are good

The Tactics And Gear

So how do you not constantly die because you can’t move fast enough to get places?

The Destroyer Excels at going through five men with ammo to spare in an objective. His strength is being able to shoot and shoot and shoot without stopping. Yes, he can harass enemies at long range, but why bother? He has landmines, he has big gun, he can turn an objective into a deathtrap!

So here’s your buy:

Buy mines as much as possible, and save them if the match is about to end in Target Designation. Deploy the Armour Box on the objective, rebuy all these as necessary.

Secure a chokepoint with a short sightline that is hard to peek with a sniper rifle, and easy to shoot with an MG. This will maximise chances of being able to shoot them dead before they kill you. Solid cover is a MUST. Remember to block off any flank routes with mines, and space out multiple mines to ensure kills.

ContentsHow to Play ReconYour SkillsYour GunsYour Equipment How to Play Recon Recon is basically Assault, but somewhat cooler. His SMGs and CARs are excellent in close quarters, dealing incredible DPS, […]