As the title of this guide suggests, this is a guide more steered towards people who somehow missed some collectibles by going through the wrong doors. I will also provide what the secret achievements are as well as a brief description for the others. This guide may be useless as all of the achievements and collectibles can be found in one run without prior knowledge with just some exploration/simply playing the game.

How to Obtain All Achievements and Collectibles

A Helpful Thing To Note

Before we begin, all the achievements can easily be obtained by simply playing the game and keeping in mind to go through all the doors and explore every floor before going too far into the level/story as all of the collectibles can be easily stumbled upon. Anyways, on with this guide.

Gotten by dying once. Happens to the best of us.

Dying is not so bad

Gotten by dying a total of 100 times. Easily achievable by playing the game, unless you are a registered platforming god (which all of the people reading this obviously are on the daily).

Gotten by defeating Beelzebub, the first boss you will face. An easy achievement to get as the boss has two simple phases. The first phase is a simple run to reach the end while getting attacked by the boss. The second phase is easy as well where you beat him just by becoming the blue corpses and throwing yourself face first into the pot in the center of his arena with another body nearby to revive in. This must be done 3 times to beat him.

No running around the pool

Gotten by defeating the Life Guard, the second boss. This is a tad harder than the first boss, all you have to do is jump on the the boss’s noggin when he is in the water and jump off of his head to a nearby platform. The platforms disappear so make sure to save one platform on the bottom level before jumping on the boss. This must also be done 3 times to beat him, and after each jump he sends a beast to jump vertical to where you are currently standing so watch your toes when he comes by.

Did I finally escape?

Gotten by defeating Satan, the third and final boss. A bit of a challenge as their are three phases of the battle. The first phase is a simple run as he attacks you with the goal to reach the end through careful jumping and reanimating in different bodies. The second phase is a timed arena survival as you dodge his 3 varied attacks (horizontal flying fist, vertical slamming fist, and tracking vertical lightning) until a pink wall slowly descends to open up your escape. The final phase is a survival arena where you are given two orange bodies, with one extra dropping from the middle every so often. You defeat the boss by having the boss kill you (a small distance away from the other orange corpse as to not explode it as well and not have a revive) , causing you to explode and deal damage to him and running around avoiding his 3 attacks again until another orange corpse drops. Repeat 3 times to defeat him.

Most of the collectibles are stumbled upon and found through exploring the rooms and doors, but here is a numbered list with some photos to catch any you might have missed. Reminder, once a collectible is retrieved you do not need to go back and get it after dying, it is saved. 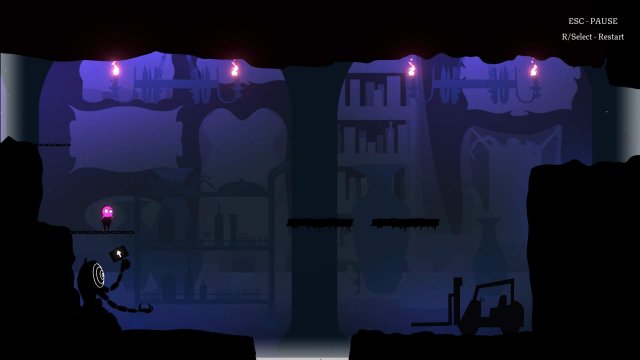 The second collectible is found in the room through the door at the top left of the image below. 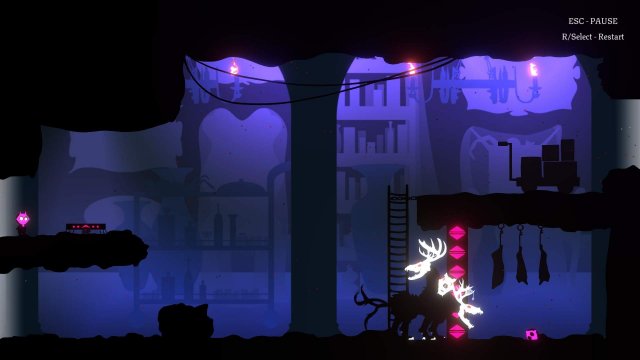 The third collectible is found when searching for the kitchen key in the room depicted, simply ignore the door leading upwards and instead continue on to the right side where you’ll find the collectible behind a puzzle. 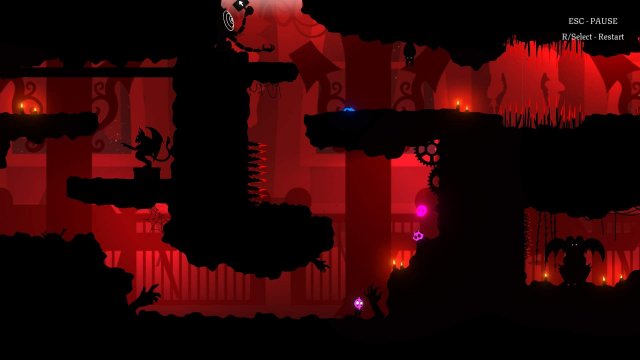 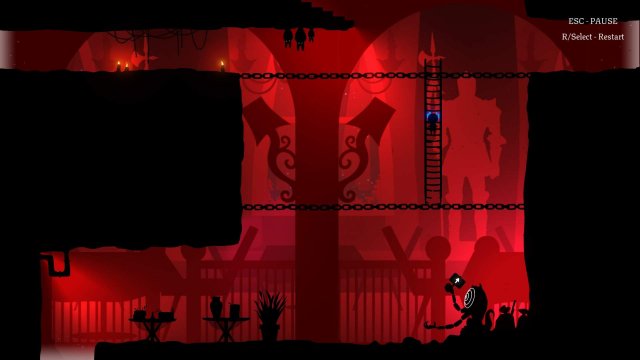 The fifth collectible is passed by no matter what with an easy and obvious way to retrieve it (a singular jump), so no associating picture is needed.

The sixth can only be found after defeating the first boss, where you will find the collectible through a door higher up in this room. You will enter this room through the door shown on the right, where you will scale up the platforms and a vine, where instead of going left across the water you will instead go straight up and to the right to the door once you have reached the top. 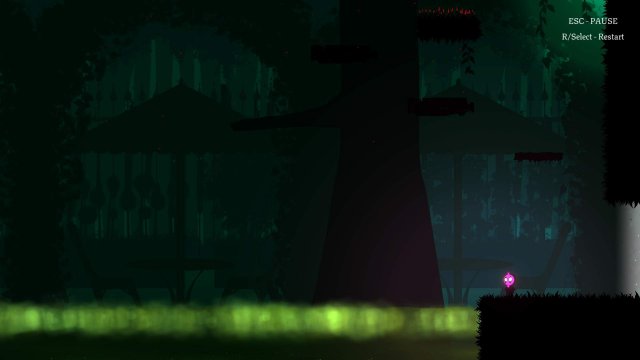 The seventh is found in a door to the left on the room shown. When entering through the door shown on the bottom right, you will go to the left to where the pink corpse lays. From there you will continue of leftwards where you will find the door leading to the collectible. 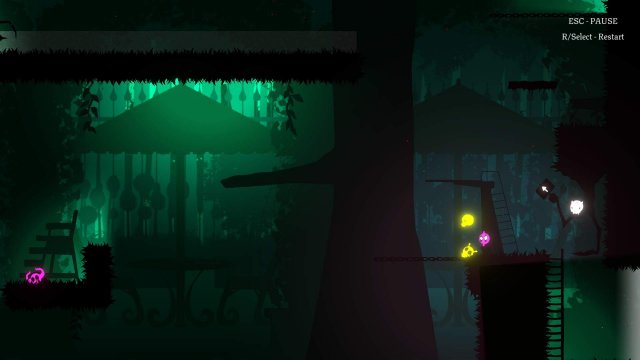 The eighth collectible is also passed by no matter what, however some may overthink on the way to get the collectible. All you have to do is exit the room through the right door and then go back to the room. 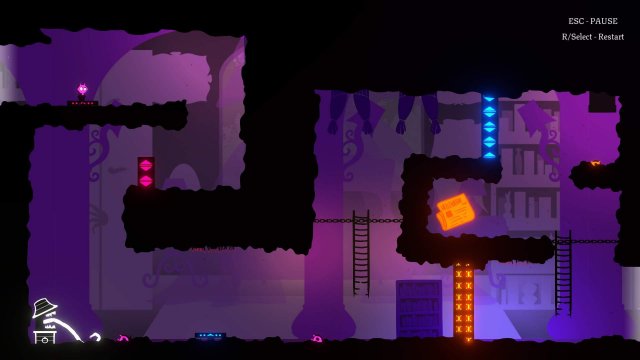 While many of the game’s mechanics and puzzles are simple to understand and complete with just a few tries, this game is a wonderfully designed and colored game with a neat soundtrack and decent story nonetheless. The game can be beat in under an hour, yet it left me satisfied. Anyways, enough with the review-esque conclusion, hopefully you found this guide helpful or at least mildly interesting. I am open to questions on how to get the collectibles and critiques on whatever I wrote in this guide, I most likely got a bit too wordy in my explanations.