Brief overview on the unexplained game systems for the junior Tarkhan. Good knowledge on these concepts are crucial for your success in any operation.

Radars are detection systems that use radio waves to detect objects.

Radars have certain ranges depending on the specifications on a ship.

In the picture above, you can see the overall radar range, and the tracking range.

Note the location of the friendly ship in both the radar module and the map. The dot in the module is in the same location as the position on the map.

Enemy ships are only visible to the radar while they are in flight.

!When your radar is on, you are much more visible to strike fleets due to enemy Elint (see ship system section below).

The game does not pause if the enemy enters your radar range when you have them detected by Elint. Pay close attention to the blinking blue “contact” light.

Enemy jammers are very good at confusing the radar and it will hide them even when they are in your tracking range. They also decrease the effectiveness of your non anti radiation nuclear/normal missiles (See nuclear warfare section). But enemies with jammers on are giant magnets for anti radiation missiles.

The Romani Fleet uses jet fighters on their aircraft carriers.

Fighter armament is bought in the special ammo section in towns. 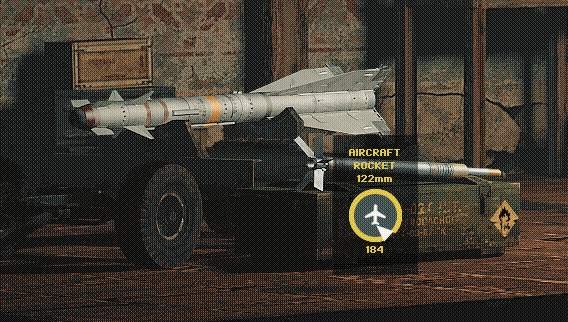 There are two types of fighters: 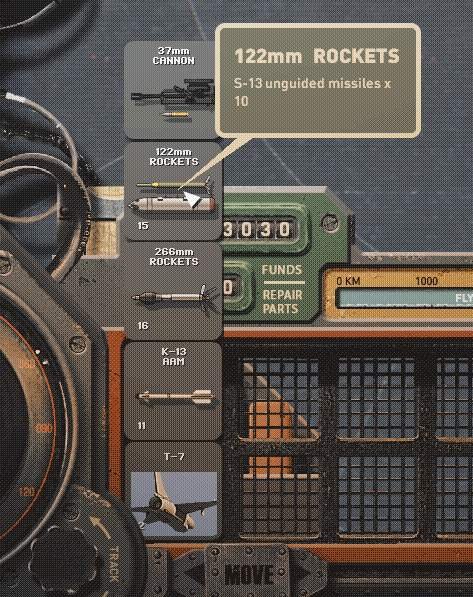 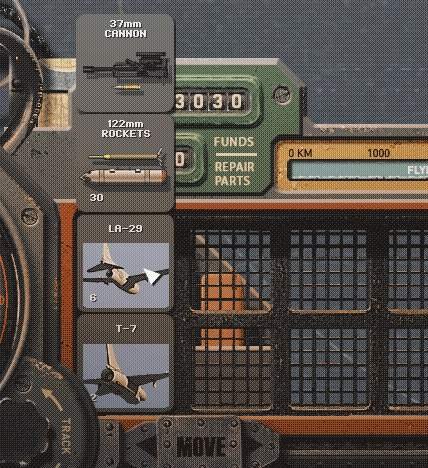 As you can see, the T-7 is able to equip heavier and more armament, but it is also more rare and expensive. The T-7 is also much faster.

Aircraft are launched off of aircraft carriers while on the map.

To select more planes for a sortie, click the ammunition picture till you have the sufficient amount of planes.

Then click the area you wish to send them on the map. 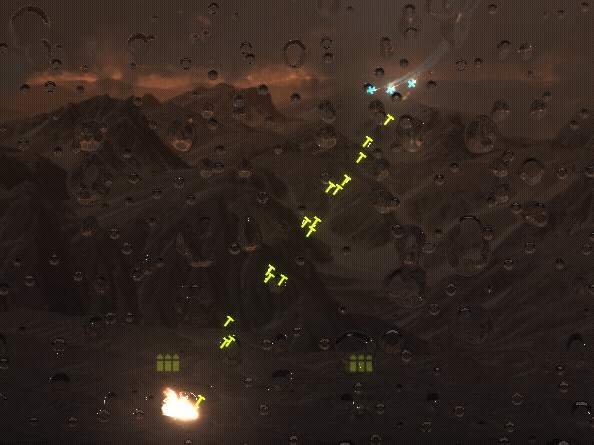 Aircraft do not strafe ground targets if only sent with their MG.

Having too much planes in a sortie will result in them all targeting one ground target, wasting ammunition.

Aircraft need to manually be directed back after reaching their destination.

Aircraft equipped with bombing armament are very vulnerable to enemy fighters equipped with air to air missiles. This goes vice versa. Dogfight scenarios ends with one squad being wiped out.

Survivors of an airstrike will sound the alarm! Make sure you planned and coordinated the annihilation of the enemy.

Aircraft will perish in the EMP of a nuke. 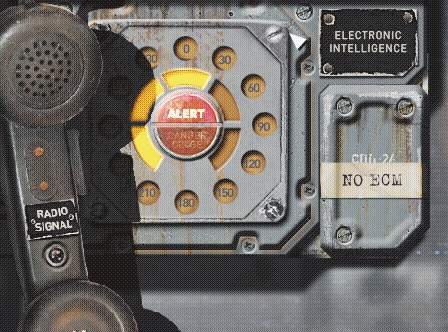 Elint is a passive sensor that detects radar.

Which means it can only detect ships which have their radar turned on.

No buttons to press unfortunately. The circle with the bearing of the radar signal will flash and it shows you how close that signal is with the bars. If there is multiple signals, the closest signal’s circle will flash faster.

The Elint has far more range compared to the other types of sensors. Meaning that Elint will detect a ship that is sweeping with a radar far out of that ship’s radar’s range.

However, if the enemy gets too close the Elint will progressively raise the alert until you are danger close, which usually means the enemy sees you on their radar.

The detection range of the Elint is based on your own ships specs and the enemy’s radar specs. Enemies with weaker radars will need to be closer in order for your Elint to pick it up.

Elint will usually pick up radar signatures at around double the radar’s range. Up to the specifications of the Elint.

This works vice versa and enemies with Elint will be able to detect you much more early if you have your radar on. 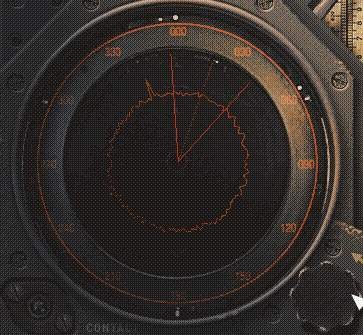 Note the spike in the northwest.

The Infrared scanner is a passive sensor that detects heat and is not detected by Elint.

Because of the very short range, IR scanners only really useful as a substitute detection system when your radar is turned off. They also detect ground targets.

Remember that things detected by the IR Scanner will remain invisible on the map until within visual range.

!Do not neglect the information that the IR scanner gives (especially when your radar is off), you might be able to deduct that a missile is coming towards you, or if there is a transport arriving where you are stationed.! 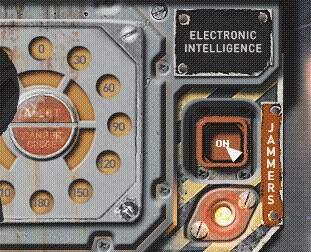 Jammers are active defense systems that scrambles an enemy’s radar.

Jammer activate all around and will confuse enemy radar in a cone towards your ship and disable active missile guiding in that cone. (Example in Nuclear Warfare section).

Jammers will absurdly increase your detection by Elint.

Jammers will still give the enemy an general idea of where you are on their radar.

Jammers will greatly increase your radiation emission and will be actively targeted by anti rad missiles even with your radar off (see nuclear warfare section).

On the other hand, Jammers massively decrease the search area of a normal missile while also nullifying the lock on if the enemy is within their tracking range (Examples are in Nuclear Warfare section).

Missiles will not be disabled and will still activate when they are on collision with your fleet.

Enemy jammers are extremely good at hiding their own missiles. Expect one to pop out of their jammer cone. 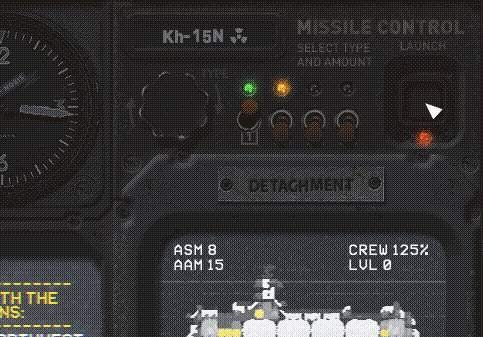 Flip of a switch, press of a button.

Firing an missile is an easy task, Tarkhan.

Adjust the knob if you have different missile types installed to swap between them.

Flip the switches to select the number of missiles you want to fire. They fire one by one instead of in a salvo.

Press the launch button and select where you want to fire on the map. 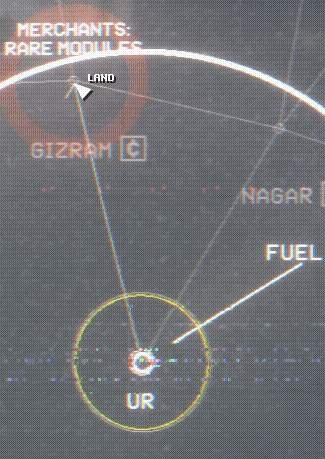 Press the launch button again to fire the missiles.

Firing nuclear weaponry towards civilian centres with a population of higher than twenty thousand is a war crime and is subject to immediate punishment and investigation under the military tribunal of the Romani Empire. (Under normal circumstances).

Needless to say nuking an city might also destroys the infrastructure required to repair and fuel our ships.

Enemies will begin to fire nuclear missiles at you once you fired off your own.

There are not many options to counter an fired missile by the enemy.

Missiles can be shot down with aircraft that have air to air rockets equipped. 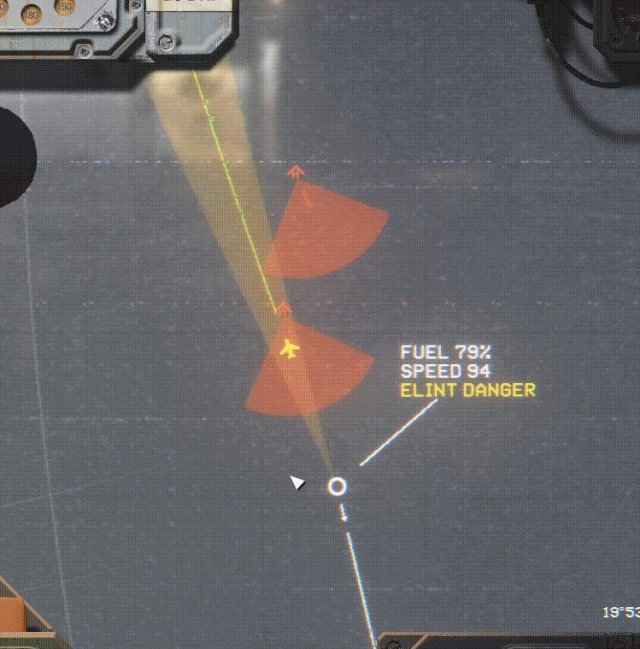 Notice the cone from the enemy, that is from their jammer. The missile was invisible until within the aircraft’s visual range. Also note the red scanning cone from the missile. That means they are not anti radiation missiles and are just regular nuclear missiles. 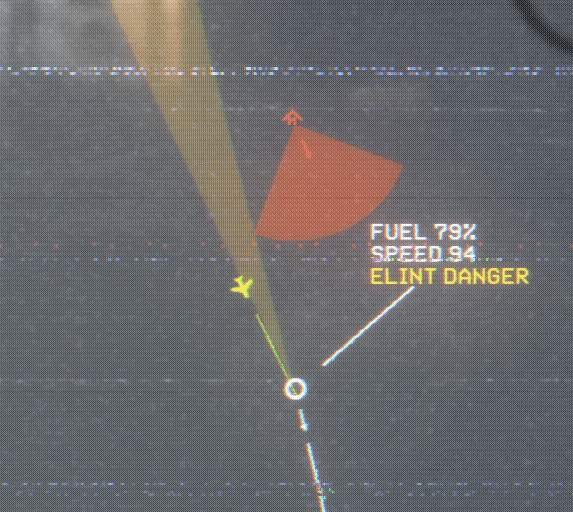 Missiles can be shot down by other missiles, especially if using nuclear ones. 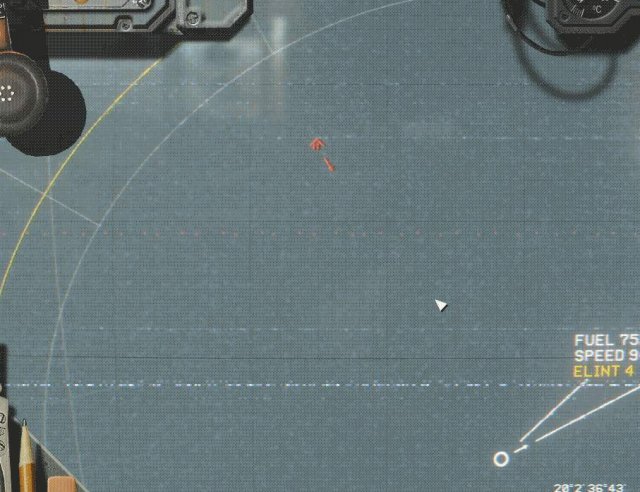 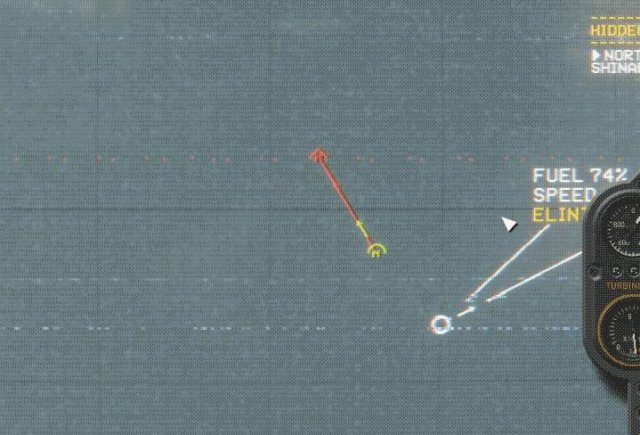 Note how there is no search cone and how we are not within tracking range of the enemy. This is an anti radiation missile. It’s possible to turn off radar and evade it. Take note on how our missile is tracking it because it is within our tracking range.

Missiles can be avoided if the ship that fired it is not within their tracking range. Missiles will rely on their internal sensors which are still very deadly but it is possible to maneuver away from its trajectory if fast enough (which means you should not be landed) and detected early enough (which means radar on). Some missiles are anti radiation which mean they hone in on radar, (which means radar off). As such if an alarm goes off you should consider immediately leave the vicinity to avoid potential missiles. 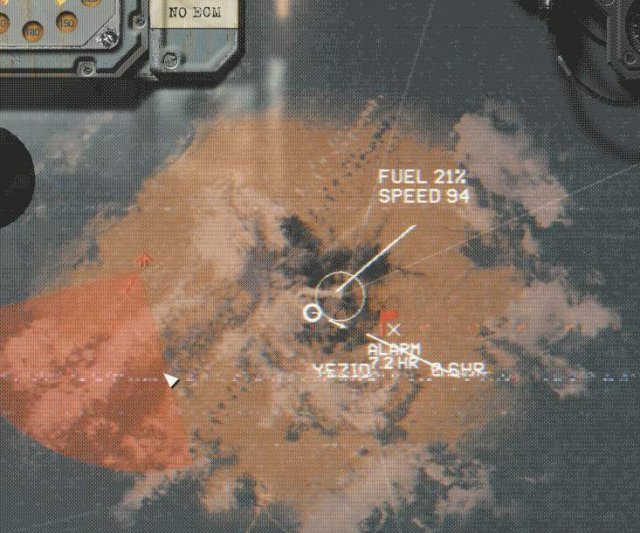 Example of a blind fired missile that was dodged.

When the missile is in point blank range,

Fire guns towards the missile. 37mm works best. Note that guns will prioritise using proximity fuse ammunition, which are much better at destroying projectiles.

HighFleet – How to Create More Save Slots

Guide to Create More Save Slots How-To If you want more save slots just create new folders in the save folder (defaults to …SteamsteamappscommonHighFleetSaves). Inside the folder create a file […]

HighFleet – Guide to Plotting an Intercept (How to Catch Enemy Ships)