Should I get it? Is it better than the Cutter and the Anaconda?

Yes, you SHOULD get it. The Cutter is objectively better at basking, cargo hauling, mining, shield-tanking and flying in a straight line (which are all good benefits). Anaconda is cheaper, and on paper can come out with higher DPS; however, because of the Corvette’s superior agility and the resulting higher time-on-target, it is an all-around superior battleship. I would go as far as to argue that the Corvette is a straight upgrade from Anaconda, as long as you are willing to put up with the jump range.

How bad is the jump range?

Depends on what you consider bad. With a “good enough” G5 Extended Range roll, multirole fit, expect to get 18-19LY. Without the hull upgrade, you can push it over 21LY, but just barely. In the modern world it is indeed bad; but remember that prior to RNGneers, a combat-fitted Anaconda jumping 19-20LY was considered “perfectly adequate”. Another thing that helps cope with the jump range is the fact that the Corvette generally runs cool and, when fitted with a 6B fuel scoop, can top up the fuel tank in one close pass at full throttle. This lets you make sequential jumps very quickly.

What should I engineer?

Everything. Engineers pushes the Corvette from the realm of “strong” to “stupidly OP”. You want:

What weapons should I use? 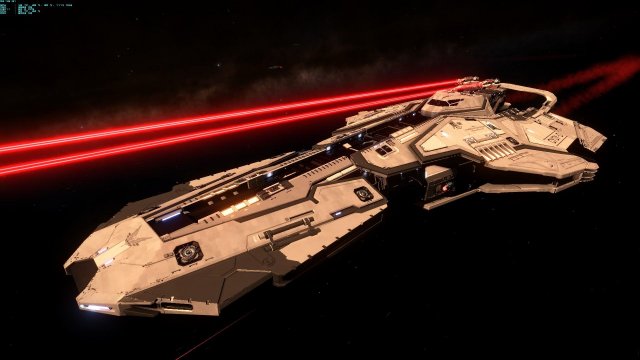 Unless you are partial to certain weapons, in PvE you should aim for maximum longevity and lowest stress. To that end you’ll want:

Should I use turrets?

NO. With G5 drives, the Corvette is so agile that unless you are blind and have no hands, you should have no problem keeping anything in the firing arc of your gimbals. Do not give up your DPS for nothing.

Yes if you want to Play with your Friends as Crew Gunner. Only turret Weapons can be used by Crew Member.

Should I use fixed weapons?

Yes, if you are good with them. I’m not. If you Place a Elite Crew NPC as Helm it can be also effective with fixed Weapons.

How should I fight?

Two huge effective beam lasers deliver a massive punch at 0-1500m. Don’t fire your multicannons at anything smaller than a Vulture, just burn them down with beams (with 4 pips in WEP you can fire them almost indefinitely or really indefinitely). Vultures and bigger, take out the shields with the lasers and then start firing multicannons. With the correct SLF choice, hull stripping becomes trivial.

What SLF should I use? 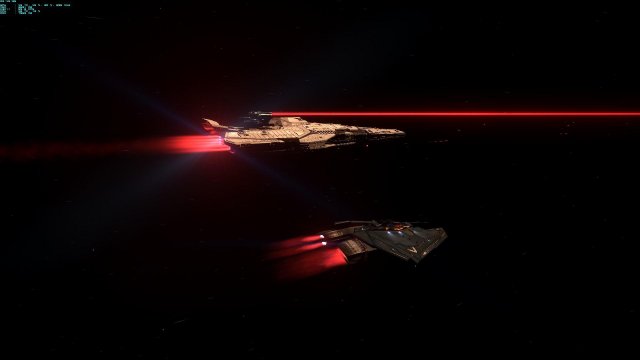 F63 Condor Rogue F (multicannons). Unlike the other two big ships, the Corvette does not need the SLF to tackle small fast targets. The multicannon F63 is a flying huge anti-hull hardpoint with unlimited ammo. It will provide immense help with hull stripping and save your multicannon ammo. This extends the time between needing to rearm/synthesize ammo for your MCs. Remember that SLF pilots below the rank of Expert are worthless.

What should I put in the Military (restricted) slots?

Nothing, unless you routinely lose shields or dont want lose some Jump Range. But if you install some here what you should use:

How bad is the Rank/Engineers grind?

This guide will include troubleshooting tips that have been tested to work for some users. Additional tips may be commented or edited into the guide at a later time. This […]

If you want to be a bounty hunter, but are either completely oblivious of your objective, or simply wanting to know more, this guide is for you. ContentsPreparationShipsRecommendedSatisfactoryIll-AdvisedHardpointsModulesEssentialRecommendedOptionalThe ObjectiveFinding wanted […]