This guide will give you a sense of general direction on how to play the Roving Clans. There are also tips and guidelines on Strategy, Military and Economy for you to consider.

Roving Clans are nomads. Meaning they can move their cities and districts as they please. Being able to move gives them to opportunity to gain the best exploits the map can offer. With their basic income and excessive trade, the Roving Clans are capable of winning with an Economic victory.

Roving Clans are an advanced race, because they require the player to make meaningful decisions while being skilled with the marketplace.

Their traits make them very effective in trade overall. From trade routes, to the marketplace, and even mercenaries. Roving Clans have the capability of setting the economy stage not only for themselves, but also for their opponents.

Because war is mainly driven by dust, and the Roving Clans have plenty of that, you are not allowed to declare war. Always keep plenty of units garrisoned in case someone decides to attack you instead. Be wary during the winter! At that time your wealth will be drained and armies will be hard to uphold. If you can weather the storm, while being harassed by your enemies, you can push them back. In the meantime, use your marketplace to make a profit and diplomacy to gain additional technology. 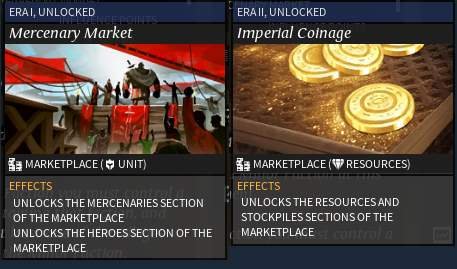 These technologies give you an advantage during the opening phase of the game. You can already pick the best heroes, hire mercenaries (for which you have a train bonus), and buy resources and stockpiles to boost your economy.

As a rule of thumb I use 0 as the lowest possible stat and 50 as highest stat, without including HP and Speed.

Roving Clans units stats are below average, but mainly fast. They can either kite the enemy or quickly close the distance. The overall army benefits most from mercenary support. It is up to you to figure out what composition works best for your strategy. In this guide I will only focus on the core units. 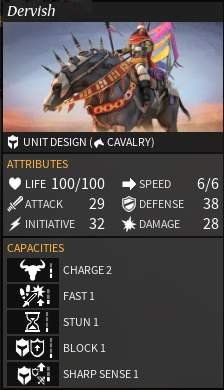 There is nothing special about the Dervish except that you have access to a cavalry unit at the start. They are handy for killing off Minor Factions, but against a worthy enemy they will have trouble. In combination with the Kassai they fair better. Make them durable by buying equipment with strategics. 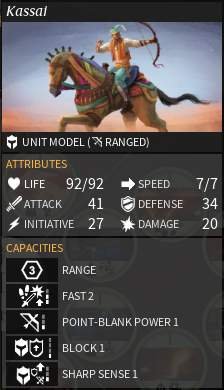 A fast ranged unit, capable of kiting the enemy up until they get cornered. Maximize their damage output while keeping them at a distance on the field. Use Dervish to hinder the enemy, giving the Kassai enough opportunity to attack. 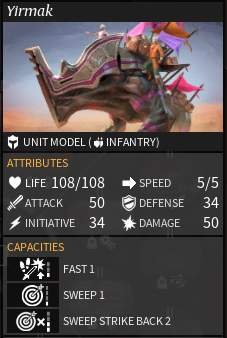 The Yirmak has powerful base attack and damage stats. This should become your core unit for the endgame. Purchase mercenaries to compliment the Yurmak in any way you deem fit. Use strategics to fully deck the Yirmak out.

You’ll want your Dervish to quickly close in on the enemy and simply harass, while the Kassai deal damage. Once the Dervish are taken care of, the Yirmak will form a wall to block the enemy, keeping the Kassai safe for a while longer.

This should be your base setup up until Era III. You should eventually focus on using mercenaries to make a powerful composition. 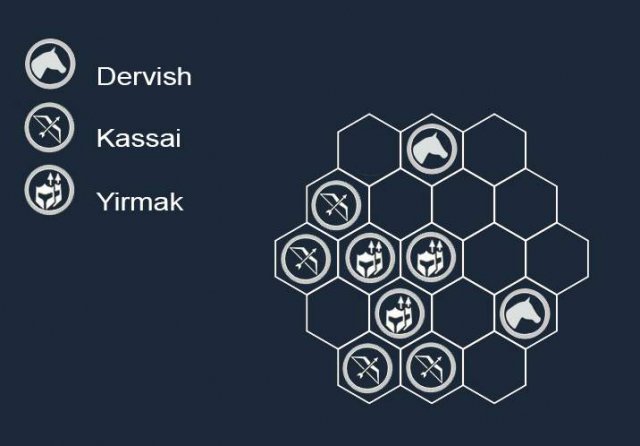 The unit balance of your army and weapon choice should be something like this:

Because you have access to all resources and strategics you will have to use them to your advantage. Keep your army medium sized but fully equipped with the latest tier weapons and armor.

This will be the most important section for this race. As stated before, your economy should be booming throughout the match. You can make use of Strategic, and Luxury Resources, stockpiles within the marketplace to your advantage.

Check the marketplace every turn. Buy low, sell high. Keep the prices high for your opponents so they will be at a military disadvantage. Open trade ways and engage in diplomatic trade as well. Save up your dust so you can use it when it matters most.

Any and all resources are required. Mainly look for resources that will assist you in gaining more dust.