This is not a guide to build fast or powerful tanks, rather to establish stable operating limits.

It would appear as if there is a certain amount of confusion when interpreting the WW1 technology limits for Tank Design in game; namely power available to the engine, power available for elevating and slewing the gun when compared to the freedom given to players in sandbox. This guide is designed to be a basic introduction to engine design parameters and how they can build basic engines at the upper and lower size limits. 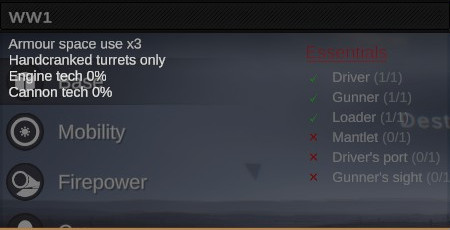 Most players will encounter engine trouble during the “No Tanks Land” scenario. Unlike the sandbox mode, “No Tanks Land” imposes restriction of engine size and number of cylinders. Additionally there are limits on the max rpms of a given engine for a given size.

This is meant to help players overcome some engine design issues, but is by no means exhaustive. Unfortunately I am still coming to grips with the game myself and this is guide is not intended for optimising or maximising performance.

Engines will typically burnt out and fail as a result of enemy fire or by exceeding max RPMs (red lining). Two elements must be managed, the engine itself and the transmission. Below is an example of a small set of small engine parameters for “No Tanks Land” WW1 design limitations.

As for engine idle settings, I have not observed any noticeable changes in performance resulting from higher or lower idle rpm settings. It might be more important for mid to late war tanks where the engine may be responsible for supplying power to the turret traverse motor or elevation, wherein a minimum idle rpm is required to power the additional systems. 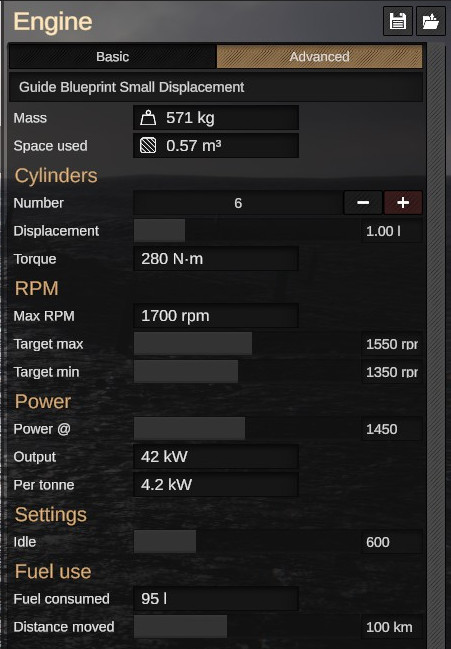 If you compare the larger displacement engine below, with 4.0L per cylinder, the Max RPM has reduced to 1100, as such the remaining variables should be adjusted accordingly. 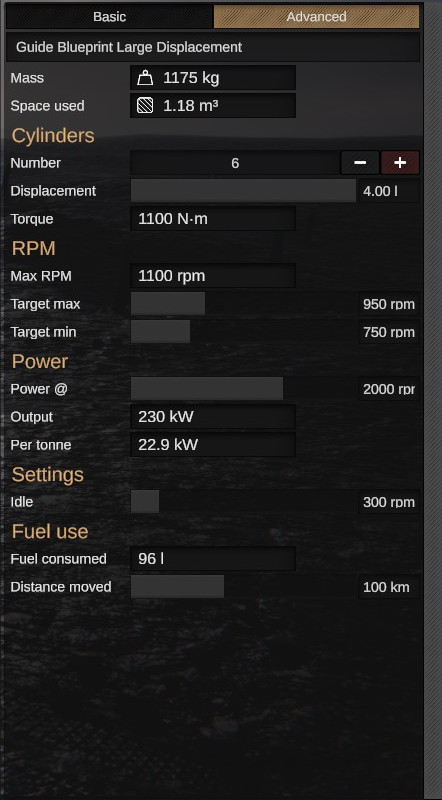 In summary, I strongly recommend experimenting with different engine displacement to get a feel for how the engines in game perform.

The purpose of the transmission is to attempt to match the driving conditions (speed and load) to the characteristics of the engine (torque and power available at a given engine RPM) by selecting an appropriate gear ratio. Selecting one gear (gear ratio) over another exchanges rotational speed for torque (or vice versa).

Transmission design is less intuitive than the Engine Design Process, and an effective gearing ratio will need to consider:

Scenarios set during early tank development limit the capacity of Transmissions. For “No Tanks Land” you will be limited to 3 Gears forward and 2 Gears Reverse. When adjusting gear ratios to prevent red-lining the engine, the first culprit is typically the highest gear. The solution is then to reduce the gear ratio until the engine runs at a suitable RPM. Until the player base develops a sound understanding of the game mechanics, I imagine that the transmission design will remain a process of trial and error.

Below is an example of a transmission setup for a 24.0L WW1 engine. 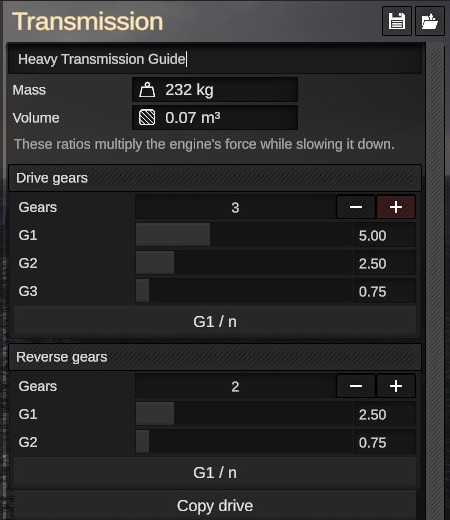 Below is an example of a transmission setup for a 6.0L WW1 engine. 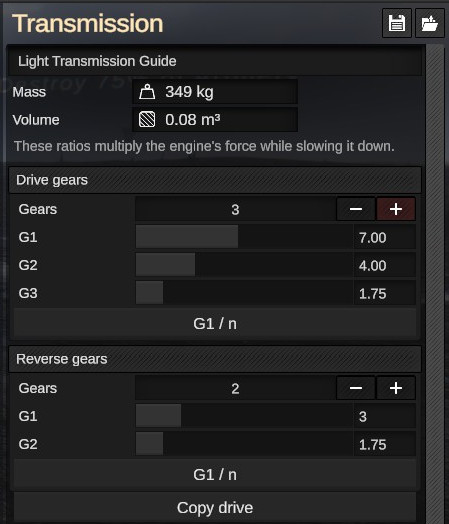 I hope this has been useful.

For some reason the game won’t let you drive some of the premade tanks. Nothing a little bit of messing around in the game files cannot fix though. Guide to […]

Sprocket – How to Stop Your Tank “Moving” on Its Own Direction

Guide to Stop Tank Moving Suspension Your tank needs to grip the ground to actually move. So if you don’t grip it effectively, your tank will ‘skid’. This is why […]