Pick a spot you prefer to play from, either the right side, left side or the middle area, remain there until the wave ends, rearm and return to that same spot.

Crouch or go prone, whichever you prefer (depending on your position).

Focus on everything on the right side, the zombies will drop from above and will be perfect headshots as they stand up. Player 2 behind your position will provide supporting fire when needed.

Ignore everything else unless a player needs help. Player 4 on the left side is clearly visible from this position. 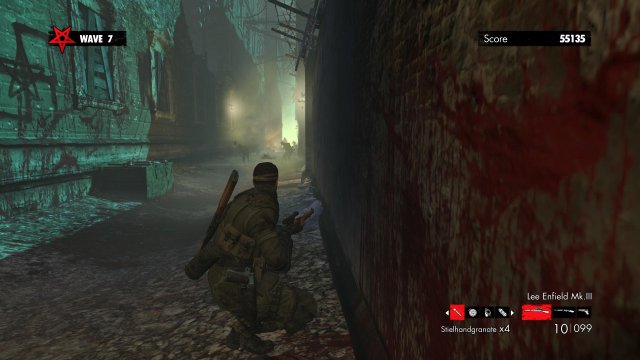 Focus on everything in the centre that is missed by either the right side player or the left side player.

Ignore everything else unless a player needs help. All players are visible from this position so supporting fire can be given to any player that needs it. 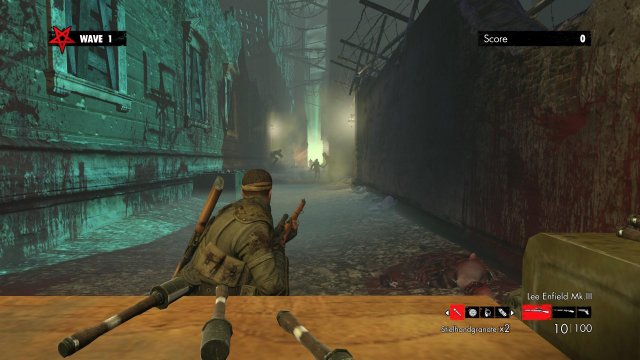 Focus on anything that gets too close, these will be zombies missed by either the right side player, the left side player or the middle area player. Player 2 behind your position will provide supporting fire during the later waves.

Later in the waves you will need to give supporting fire to Player 4 on the left side with the armoured zombies.

Ignore everything else unless a player needs help. Player 4 on the left side is clearly visible from this position and Player 1 is in front of you on the right side. 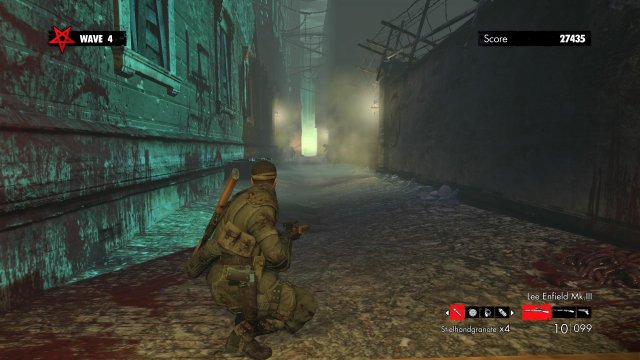 Focus on everything on the left side and at range, your main targets will be the armoured zombies later in the waves and the suicide zombies. Supporting fire will be given by Player 3 behind your position.

Ignore everything else unless a player needs help. 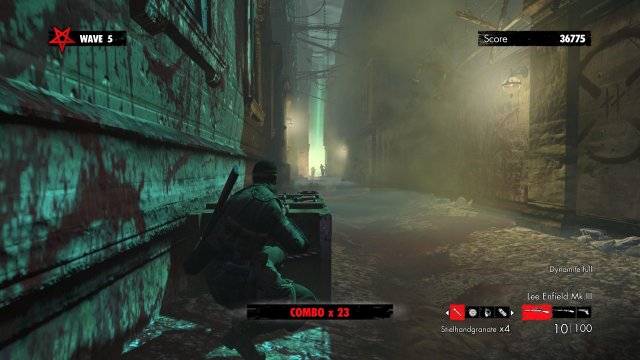 If you picked up the Preacher don’t waste it in the early waves, when the armoured zombies start to appear you will need that extra firepower. Depending on the weapon an armoured zombie can take a whole magazine to kill but you can kill 3 or more with two shots from the Preacher. 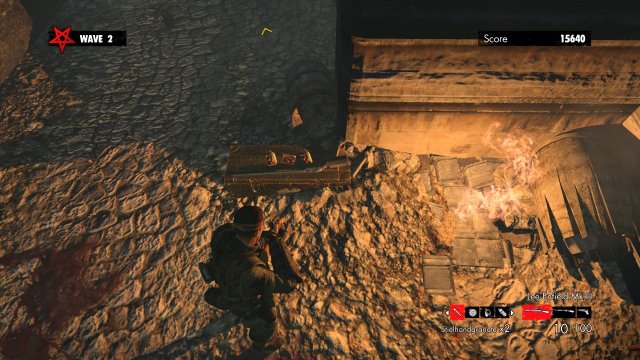 Once you have 3 zombies remaining only kill them if they’re heavily armoured, anything else can be kicked so you can all rearm and return to your spot ready for the next wave. 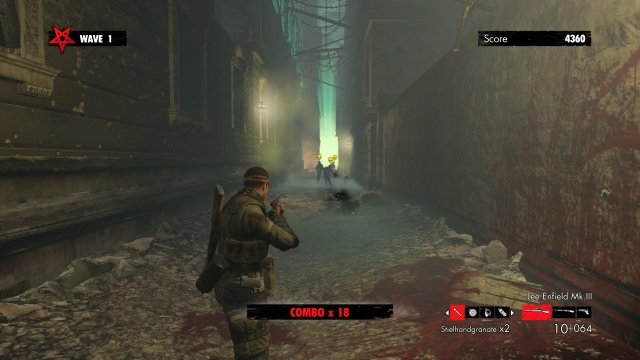 One or More Players Incapped

If you have one or more players incapacitated use explosives if possible to clear the surrounding area while you revive those players, if you have no explosives, bait the heavily armoured zombies away from the incapped players so you can quickly run to them and revive them, use a secondary weapon or kick the weaker zombies if necessary to give you time to revive.

If you’re playing at the end of the alleyway where the zombies spawn from you are putting the whole team at risk because of backspawns as players move up to revive you.

If you have nothing to shoot, support the player that needs it the most but return to your original role as soon as you have targets.

Each position is staggered to give the player that needs help as much supporting fire as possible.

It’s a cooperative game, kill stealing does not exist in a coop game. Whoever takes the kill doesn’t matter as long as that zombie is dead. Everyone is playing for the same objective!

It’s not a competition, it doesn’t matter where you are on the scoreboard as long as the whole team survives to wave 10 or higher.

Zombie Army Trilogy – How to Thrive in Sniper Elite Difficulty

This guide teaches you some basics, some tips and other helpful information tidbits to get you well on your way to blasting some heads open. This is my thoughts on […]

Zombie Army Trilogy – Tips and Tricks for Getting Started

Before you Play the Zombie Army Trilogy game, you will definitely want to know these simple but useful tips and tricks. If you have any tips feel free to share […]