Information on all the current achievements, strategies on defeating the enemies within the game, and how to efficiently farm the achievements in as little time as possible.

While the game may look tough, there are very simple strategies to beating every dragon. If you feel like you are experienced enough with games to do well, getting every achievement might take you around two hours.

Here are all the achievements and how to achieve them:

Time to kill every dragon!!!

Why is there no “normal” difficulty?

Enter the difficult selection page for the first time.

Simply jump off one of the ledges and die.

No transforming dragon for me!

This can be achieved on the first boss fight.
Simply don’t change into your dragon form and defeat it.

Clear chapter 1 in any difficulty.

Clear chapter 2 in any difficulty.

Clear all chapters in “hard” difficulty.

Clear all chapters in “despair” difficulty.

I will go into the specifics of certain dragons a bit later, but I wanted to cover basic combat.

Dragon Sin follows the typical fighting game mechanics. You have: 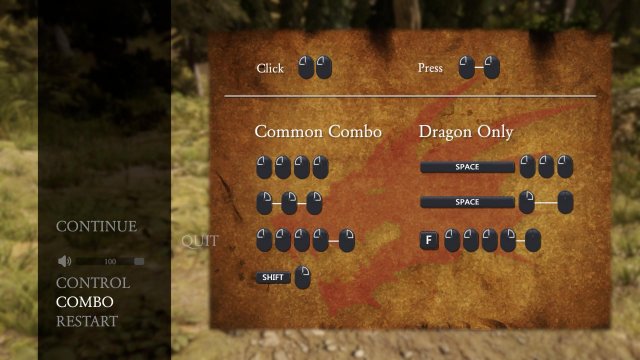 Out of these combos, you’ll only be using one in both your normal form and dragon form.

This combo will augment your Charged Attack to give it multiple hits. Not only is this combo the fastest to reach, but is also the fastest at dealing a bulk amount of damage. While it may be more difficult to hit for the last boss, the beginning bosses will be a breeze.

Another reason we use this combo is because it charges our Dragon Form. Since the combo is so long and deals so much in a short span of time, the Dragon Form will always be available once we destroy the armor of the dragons.

Once you are in Dragon Form, try doing the same combo again. This will deliver almost twenty different punches in about three seconds, giving you the most amount of damage out of any combo, as well as refilling your health bar almost instantly.

Tips for the First Boss

Tips for the Second Boss 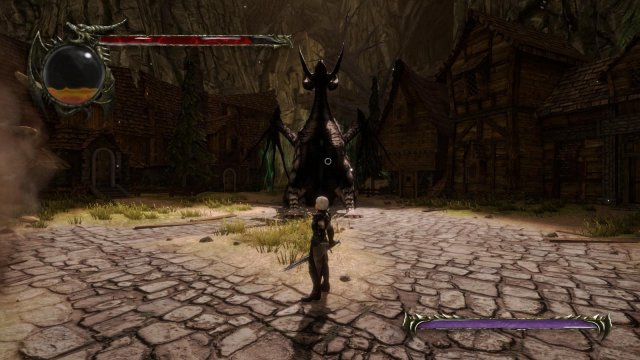 Tips for the Final Boss

The boss has two forms.

The first form is rather easy to defeat, although his abilities are typically combos. Be sure to dodge for a few moments after you begin the fight so you can get a grasp on his combos and your timing. The second form is an augmented form of his first. His abilities hit harder and come out faster, but stay relatively the same.

The only change to this form is that he flies for a duration. When he does this, there are two different abilities to keep track of.

The best way to dodge the latter is to go directly underneath him. When he comes up to fly, you will see a very large air puddle beneath him. Travel into the center and his flame blast will not hurt you at all. Do this until he stops flying entirely, but be sure to dash when he is coming in for his glide ability.

Another thing that you should keep in mind is that the full damage combo is nearly impossible to hit at his second form unless you are incredibly lucky. Go for singular charged attacks instead. This will still deal a lot of damage and keep you safe in the process.