A guide to the costume locations for Ghost of a Tale. It also includes the locations of clothing that doesn’t form part of an actual costume set.

Other Ghost of a Tale Guides:

Included here for completeness, as it counts as one of the seven costumes available. The Minstrel costume is simply the minstrel hood and belt that Tilo starts the game with. 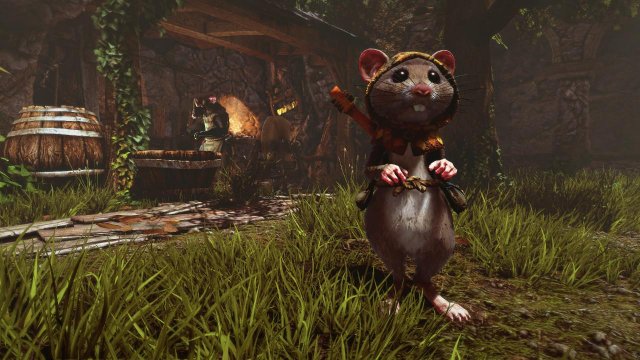 Near to Rolo (where you first exited the jail), some steps go up a nearby wall and lead into a small room. The face guard is on the windowsill. 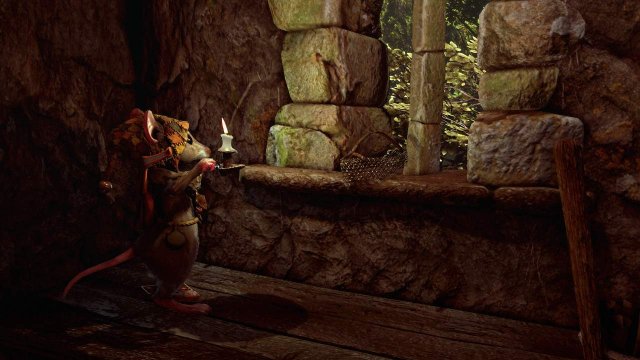 The chest plate is hung up in the barracks (in the side room). 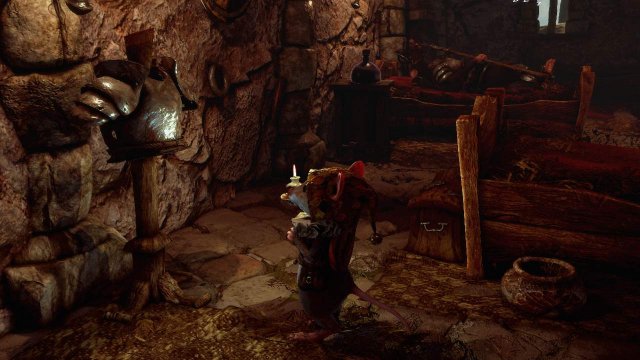 Faulds (courtyard, next to Rolo)

The faulds are on a stool behind Rolo the blacksmith. 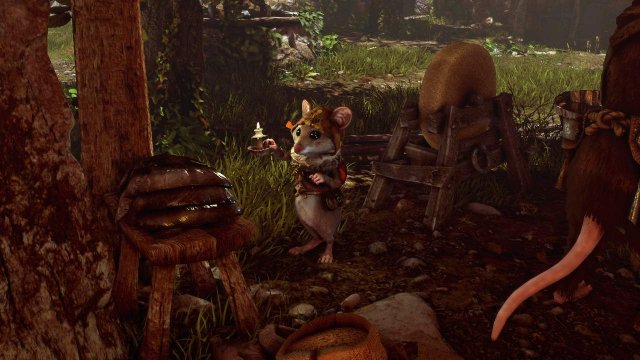 To get the helmet, talk to Gusto and Fatale and compose a song for them. 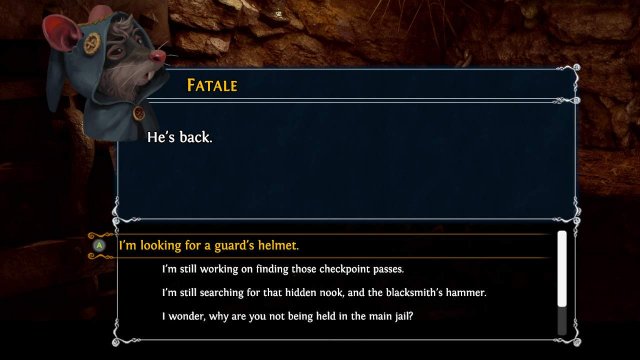 The greaves are in a chest located in the armory. 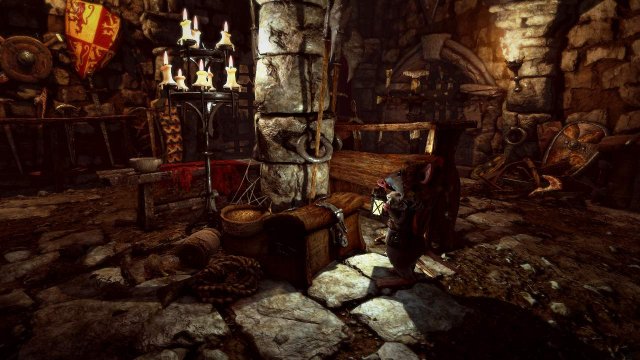 The hat is on the skeleton of Otto Powderkeg in the cell adjacent to Kerold. You’ll need the jail master key to unlock the cell. 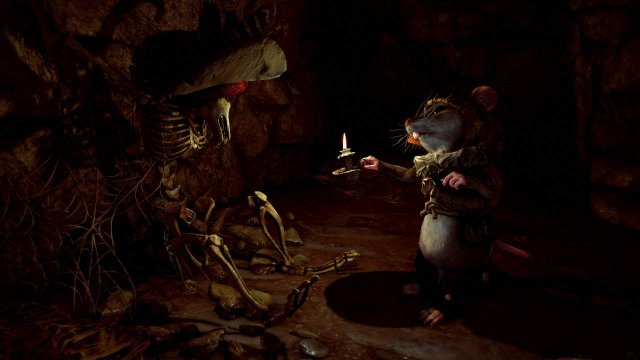 Like the hat, the eye patch is on the skeleton in the cell adjacent to Kerold. 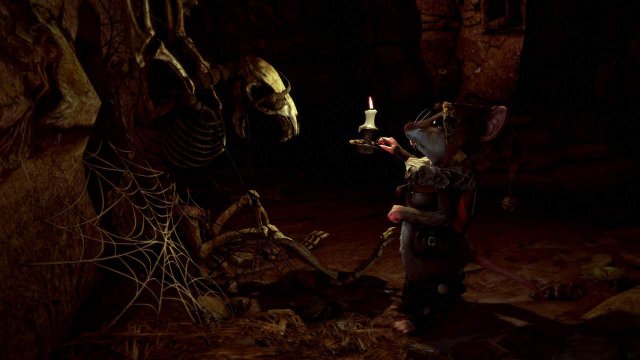 The rec-room is the one opened with a lever just before the Begging Door. Take the cupboard key from the table draw, then use it to open the cupboardt at the far end of the room to get the baldric. 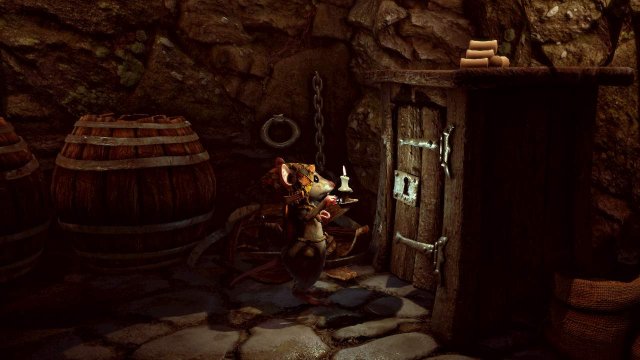 The bot are just sat on the floor in the harbour master’s office (the room where you find the commander during the afternoon). 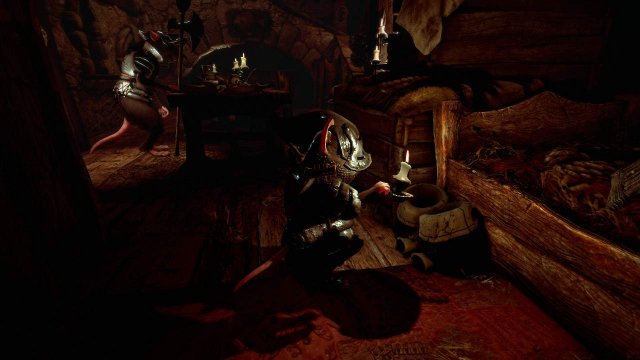 Among the trees at the shore are are some ruins protected by a gallworm. On the opposite side of the room to the bed is a barrel than contains the belt. 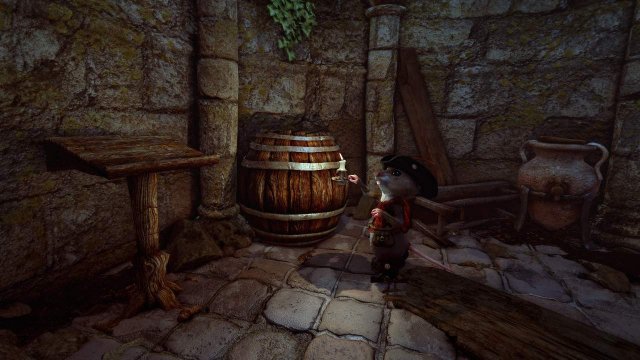 Start in the room with the collapsed roof where you push the wooden beam to create a platform outside. Go outside on to the beam, cross over to the ladder and climb it to make your way onto some wooden beams/floor remains. There is a what looks like a barred wooden window.
Throw something at it to knock it down and create a ladder. Climb up and through to find a chest that contains the boots. 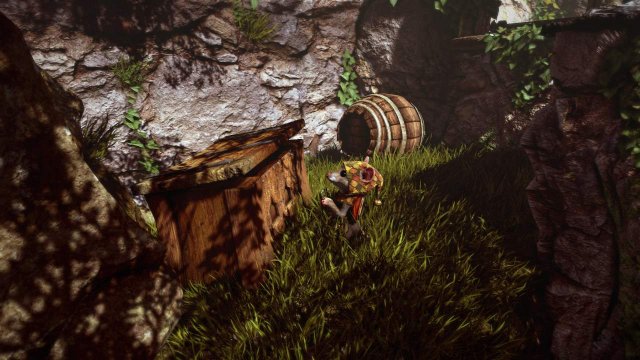 Just below the passageway where you get the sewer map is a room with a metal grill door that leads into a torture chamber. The tunic is in the chest there. 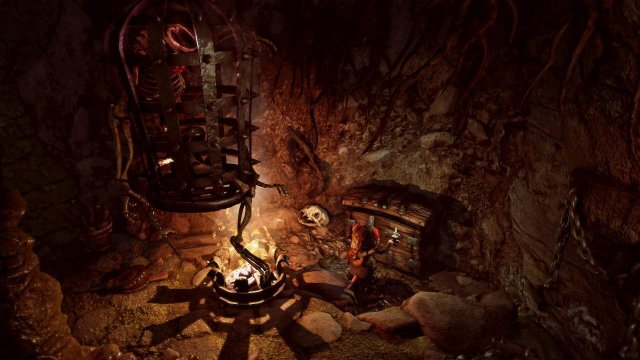 In a chest accessed via the tunnels between Fautus’ room and the leech room. Take the distiliary key hanging from a light up the steps from Faustus to open the gate to those tunnels. 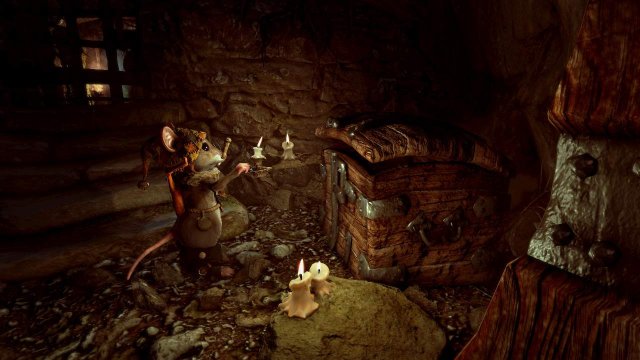 The gallery is the long corridor with a single rat guard stood (the commander’s guard) half-way along it and with a chest at one end and a cabinet at the other. Steal the gallery chest key from the guard (the easiest way is to just wear the guard uniform and walk straight up to him), and unlock the chest to get the hood. 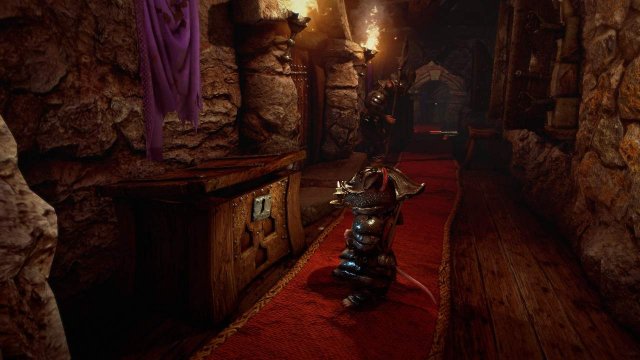 The belt is in a chest in the remains of a small stone building at the shore. 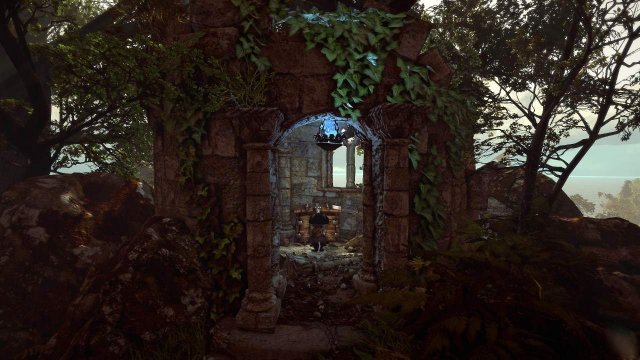 The hat is on a narrow ledge next to some remains and an ethereal light. 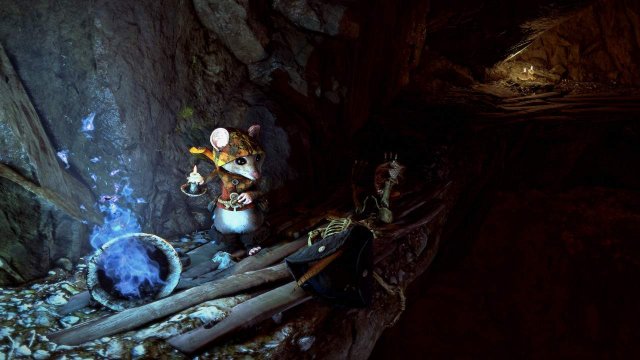 Across the courtyard from Gusto and Fatale’s cell is a set of long steps leading up into the keep. Ther’s a small room at the top of the steps containing a chest with the mask. The tunic is on a narrow rock ledge, accessible by jumping to it from one of the bridges. 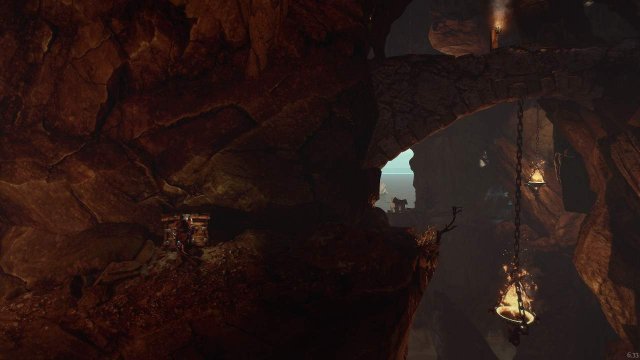 In the war room (the large room with a dining table next to a large fireplace), collect the war room keys from on top of the cupbaord next to the steps that lead up to the balcony. Unlock the chest in the alcove to get the belt. 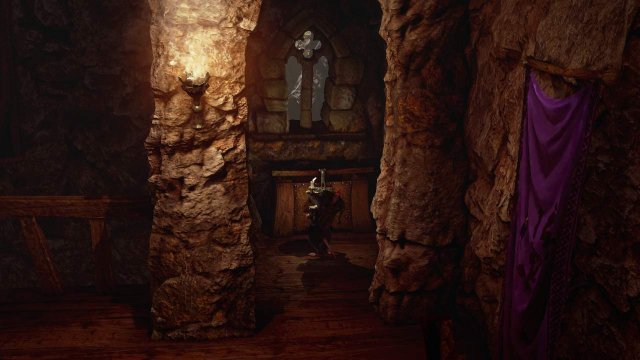 In the cell next to Gusto and Fatale, move the barrel to reveal a secret passage. Go down the passage, turn left, and make your way to the end to find a chest with the boots. For the crown, you need to ask Rolo to make one for you. This requires seven gold nuggets. Obtained when Kerold asks you to brush and dye his beard. After Silas has sobered up, keep talking to him until you mention that you know where you might be able to find a magpie. Silas will then give you the tunic. In the cupboard of the commander’s bedroom, accessed through his office. On the remains guarded by a gallworm. This is the rewarde for finding all of Duinlan and Hythe’s urns. Once you’ve collected all of the urns, speak to Duinlan’s ghost in the catacombs and she will open the tomb to reveal all of the pieces of the armour. Clothespin (courtyard, Silas’ cot)
The clothespin is on the upper level of of Silas’ cot, just lying on the floor.

Sackcloth Hood 1 (jail, outside Tilo’s cell)
The 1st sackcloth hood is in the first chest of the game as Tilo escapes from his cell.

Sackcloth Hood 3 (jail, barrel room area corridor)
The 3rd sackcloth hood is shortly after the silent door, in the chest halfway along the corridor that runs just above the barrel room.

Candle Hat (sewers, Faustus Rott)
The candle hat is a quest reward from the distiller Faustus in the secret area of the sewers. Wearing the hat will give you a permanent light source – there is a catch however…

The fumes from the hat will drain your stamina while wearing it, meaning that after a short time you’ll lose the ability to sprint until you take off the hat.

Plague Doctor Hat (sewers, Faustus Rott’s lab)
The hat is in a cupboard located on the wall behind Faustus (it’s in quite a dark area). Grab the nearby stool to reach the cupboard and get the hat.

Plague Doctor Mask (sewers, Faustus Rott’s lab)
Given to you by Faustus.

Item locations for Fatale’s quest, “Fatale’s Secret”. Three Headed Acorn Location: courtyard – east side At the east side of the courtyard (the side with the large portculis), the acorn […]

Skappbeetles flown the coop? Here’s some help to round up the pesky little critters. Other Ghost of a Tale Guides: Duinlan and Hythe’s Urns (Location Guide). Fatale’s Secret (Potion Item […]

Ghost of a Tale – 17 Roses Locations

A guide to finding all of 17 roses in “Flowers For Merra” quest. Other Ghost of a Tale Guides: Duinlan and Hythe’s Urns (Location Guide). Fatale’s Secret (Potion Item Locations). […]