This is a very detailed guide to the snake clan, which explains the build order, what to do in the different game stages, how to use the sly features of the snake and much more!

This faction has become one of my favourite clans very quickly. The clan of the snake is quiet young and this guide as well. If you have any suggestions and ideas to improve it, feel free to share your thoughts! 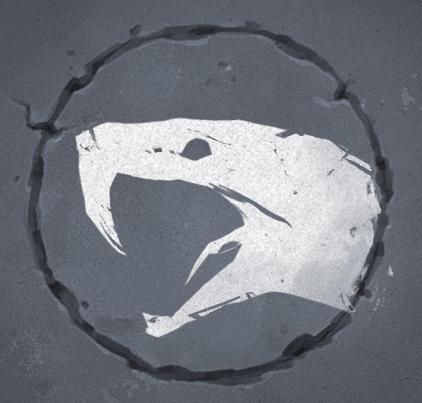 You will probably enjoy this clan if:

You will probably not like the clan if you want to focus on any other victory condition than domination.

Of course the build order can vary according to the stiuation you are facing but in general the following is a good way to go for:

Colonize a second area (try to leave one food area for later).

Furthermore you should build a healer’s hut. However, the perfect moment for it varies drastically. You should build it when signy is hurt to a significant degree. 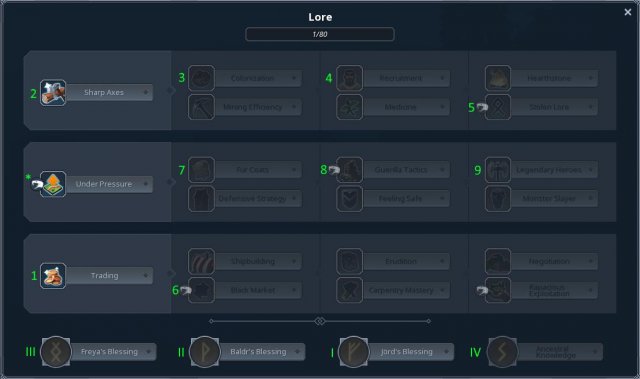 This is just a suggestion. The most effective path may vary according to the situation.

I recommend to rush for “Field Rations” offered by “Stolen Lore” immediately after picking up “Trading” at the start because it will synergize very well with “Under Pressure” and compensate your economic weakness. Furthermore the lesser maintenance costs of your army will allow you to recruit much more armed forces, which may result in a military advantage when you combat your foes. 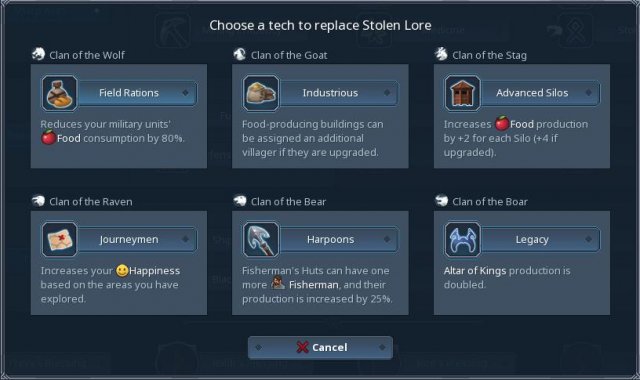 At next I usually go for “Black Market” because at this time the economy should be capable of opening trade routes and of the supply of the population at the same time and the additional money income will be essential to get a very big warband.

It is not such a big problem to delay your military skills for this strategy because snake’s abilities of this lore chapter are not that useful before the late game (with the exception of “Under Pressure” of course). Signy starts as a very weak unit but she becomes extremely powerful in year 803. So the skill “Legendary Heroes” will not have a lot of impact in the early stages. “Guerilla Tactics” may grant your units an incredible 40% damage buff. However, the killing of 20 civilians in total is required to achieve it. It is very unlikely that you manage to own a lot of stacks for this ability in the early stages. Furhtermore you can collect stacks before you unlock the skill, it simply does not increase your damage. Therefore you should pick it up in the later stages of the game when you probably have some stacks stored.

*Under Pressure: Go for this one before you start experiencing happiness problems. I often find myself going for it after “Colonization”.

In this game stage you should usually focus on completing your building process and getting a strong economy. If you need some help with that, check out the “Build Order” section of this guide. I recommend getting two scouts at the start to explore all areas next to your town hall and then returning one scout back into a villager to get a better economy. After getting the first training camp it is a good idea to get two warriors to clear nearby areas to make sure you won’t get attacked. Warriors are more useful for the early clearing process because your skirmishers are more fragile and do not have the damage buff of “Under Pressure” at this time. After you ensured the safety of your clan you really should return not hurt warriors into villagers to improve your economy. Make sure to get a loremaster, too (if the map allows it). Wounded soldiers should always be fighting until they are dead if you do not have a healer’s hut yet. You will probably get “Under Pressure” in year 801. This ability may help you a lot in terms of happiness. If you need more information about how to use it, check out the section “Special Abilities”. At the beginning of spring 801 Signy will reach Age 16 and “Pride of the Clan” will be activated. From this point Signy will be a ranged unit with 20% bonus speed. You can abuse her new strengths to clear tiles with lots of draugr as long as there are not any draugr with spears because Signy can kite them. As mentioned in the “Build Order” section you will not mine stone and iron with the strategy provided by this guide. Your focus should be to get a lot of military buildings, at least ten.

You should get “Jörd’s Blessing” in this game stage. Use its stone to upgrade your town hall and your scout camp if you need it. The iron should be used to improve the tools of your skirmishers. It will improve their damage and enable them to poison enemies, which seems to slow their movement speed. Therfore this debuff is especially useful to take down key targets like a warchief. Furthermore you will probably unlock “Black Market” in year 802 to get huge amounts of crowns by trading with enemies. Try to build more military camps if you do not yet have ten and always focus on skirmisher camps.

If you sticked to the plans proposed by this guide you should reach a maximum warband size of at least 20 and have at least 1350 crowns, which allows you to recruit an army of 20 skirmishers headed by Signy. Furthermore in spring 803 Signy gets 18 years old, “Tears of the Earth” will come up and Signy will learn “Scorched Earth” to improve your military impact even more. If you need information about how to use this ability, check out the section “Special Abilities”. You will also start to unlock more military lore perks. “Guerilla Tactics” and “Legendary Heroes” can buff the damage output of your army by huge amounts (especially if the game is going well). So to summarize it in one sentence: You should try to win by domination now.

Additional information: Sváfnir’s army is extremely powerful during all game stages, so you definitely do not have to wait until late game for an attack. If you can get enough vision for a domination victory in the earlier years, early suprise attacks may completely destroy your enemy. Raven can be a very useful ally to realize tactics of this kind thanks to its superior scouting abilities.

If the game is going well and long enough, you may manage to receive a lot of stacks for this ability resulting in a huge damage buff. Surprise Attacks may allow you to kill a few civilians before your enemy reacts. Furthermore you should not retreat as soon as you have defeated a foe because his /her civilians will not despawn and that is why you can abuse them to gather more stacks for “Guerilla Tactics”.

This ability improves your military performance by a lot in the late game. It can be used offensively or defensively. However, the production debuff it causes in the selected area is the big reason why you should prefer the first possibility. “Scorched Earth” has a cast time, so performing a surprise attack is recommended to make sure that your enemy reacts too late to interrupt this skill. You may also try to distract your enemies by attacking another tile with skirmishers at the same time when signy is using her special ability. The production debuff allows you to use the ability for devastating economic sabotages on food tiles and areas with woodcutter’s lodges as well.

Using this skill costs you more food than it will produce before u unlocked field rations. The reason why you should use it though is its happiness bonus. You should start camping next to hostile areas when the happiness value reaches zero or less to keep your population growing. Furthermore this skill is very easy to counter as enemy. If your enemy is paying attention to the tiles next to her/his borders, he/she can wipe out your skirmishers quickly to deny the happiness bonus. So it may be a good idea to hide your units behind some LOS (line of sight) blockers like trees. Two examples are shown below. It will not hide your skirmishers completely, your enemies may still see a red shimmer where they are standing but it is at least harder to notice. 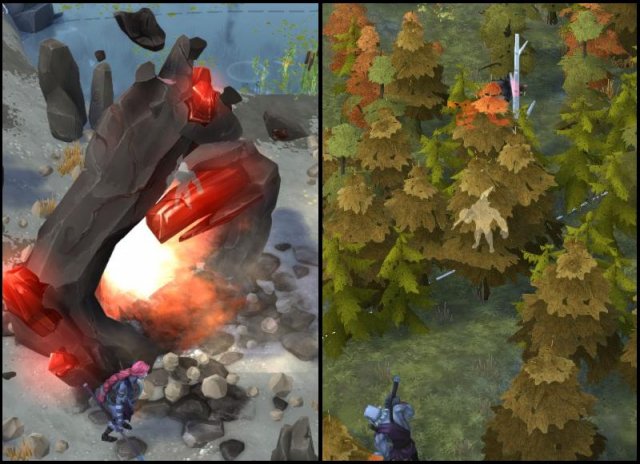 Furthermore you should camp in areas where neutral enemies are to force fights between them and hostile armies if enemies check for camping skirmishers. Always camp in the most dangerous area next to your foe. Another important thing is that you should react fast when skirmishers get revealed and attacked to move your units back and keep them alive. I recommend the creation of control groups to select the camping units as fast as possible.

Going completely for skirmishers is my advice here. There are three reasons:

In this guide I will present a strategy to overcome level 8 with a victory of fame and also some tips to take into account when playing the map. I […]

I got the death note achievement randomly in OX conquest, however I was in offline mode and the achievment didn’t unlocked, so I decided to come up with a strategy […]

This is a very detailed guide to the raven clan, which explains the building order, what to do in the different game stages, synergies with other clans, how to get […]