Surviving in Cross Code can be difficult especially since it throws alot of stat/combat option customization at you. For this, I love Cross Code for its in depth details it offers unlike most games. I want to make a organized record of it for self refrence.

You are a jack of all trades. And a master of none (Yet~ Hopefully). Take This To Heart reguardless of your gaming experiance. Cross Code will simpily not work on you just spaming offense. You have to master the 4 base actions you have, Reguardless of your build. It may be somewhat forgiving at the start but this quickly changes overtime.

Understanding the Four Base Actions

Imo Melee is the best way to go build wise and for damage. Youll also be forced into melee situations quite often. Most higher level Melee arts also offer great offensive dodges. Note the 3rd and 4th strike deal the most damage. So you shouldent spam dash cancel unless to advoid.
Note: The 4th swing is indeed a 360 Arc.

Range is mostly for kite damage and SP gain. I slightly disfavor focusing on shot builds because:

Dash arts…. Are okay, Still overall i think its inferoir to melee and shooting and adds nothing of value in terms of damage and the probabilty of landing it in deep combat. its best left abandoned for extra stats. I do understand the superior Aoe and First strike and ultility it offers however but still those can be left behind.

I would highly suggest not to advoid practicing sheilding and perfect guards or advoiding guard arts like i did at the start.
What a successfull perfect guarding itself offers:

Which all 3 are amazing to have right from the near start and throughout the entire game as a tool. Obviously though, Perfect guard takes practice to master. However very worth it. It does have a minor downside though. You can only perfect guard direct attacks.

As for sheild arts most of them offer nice Invincbilty frames (Sort of) and counter measures.
And finally, Half of the enemies in the game speed rates will outdo yours in situations that not even dodge might help and even if it did, Perfect guarding is very more ideal if able.

As you probably guessed are for more damage, However they are also used for costly offensive tacticle dodging if you really need it with tier 2-3 skills. And potentail bypass phase’ers when apilled right. There are some terminologys in Cross Code you should know.

Most enemys hit by a 2-3 Tier skill will be pin’ed downed, Meaning they will be forced to lockdown before moving onto there next phases if you deal a signifgant amount of damage during this. Good timing can net you a great advantage in passing phases you dont like on a boss.

Generally you and your target are in the air by most likely by a melee 2-3 art, You may not have invincibilty at this point but very likely anything below will not have any tracking attacks that will elavate to your current height. A Pin up imo is slightly better a Pin down because they do not lose lockdown untill they land.

Tend to be VERY short in Cross Code, Barley even a second in most cases. You can even be cross counterd out so try not to challenge or wager skill vs skill in general because you will most likely lose out horribly. Aside from Guard Arts.

Understanding All of Lea Forms

Lea has 4 forms (5 if you include base, Which i do consider it to be one).

Base Lea skill tree stats WILL transfer/combine to any of the 4 forms, However a form passive stats WONT combine with other forms. Only your base and current form will have the totall sum stats. So Base Lea stats distrubtion is very important.

You should really, really take note that your going to get a -50% res on a logical weakness on a form, Your going to take a full 1.5X dmg if your not carefull.

Base actions in Forms

I think the most common mistake done in a form is to throw DPS balls constantly. You can when you need to or when going for a Break Point on a target -but otherwise it adds so much heat points youll be kicked out really fast Compared to meleeing. Idealy i think its best to melee+charge shots to maximize time in a form in terms of offense.

Its really up to you on how you want to go about it. Whenever you want them to be stand alone or combinable into other forms either way will be fine.

When to revert back to lose heat

Idealy, Over 60% when you complete your current combo stream.

Some may not notice due to the aggresive nature of the game but you can tech stay in a form forever (You still prob shouldent though) without reverting back so long as you do one of the 3 things that reduce heat:

Base Form: Base Lea eventually becomes inferior because it has no ultimate lvl 3’s, Still its your only form of defense if you overheat so its okay to have skill arts from here. Lea’s base form has alot of nice key unique stats though, Such as X Counter, Bullseye, Pin Body, HP regen and etc. Lea’s Base Form also is one of the best ways to build SP with DPS shots.

Best Arts: Would prob be the guard art Blade Sphere/Guard Sphere ironicly, Since its the only self buff and an effective one. And can be transferd into any form and without damage penalty potential from just staying base. What it actually does though is it ignores hit stun and gives damage reduction and gives you spinning blades all for about 8 seconds. You can attack all in with melee with no consequence. The only downside is however, Its not a great starting skill excatly, Overtime it will grow more helpfull though.

Guard Sphere: Without its blades in itself is even usefull. If you know you messed up your positioning badly on a boss and your sure your going to get hit hard, You have the option of using Guard Sphere as a saver at a mere cost of 1 SP. You can even quickly eat an item instantly after casting it safetly. If you use this for offense on average you can get away with 8X melee strikes before backing off safetly as well.

Note: That heat Forms Avenger passive also works with Guard Sphere, So if you immediately switch to Heat Form after casting you will absorb SP per hit on yourself. This is one of the best ways to stall for time if you constantly cycle this for whatever reason you need to.

Alternatively when switched to ICE form and you have alot of pin body passive stack you can reflect alot of pain, If you cant reach an enemy with neither shooting or melee or the attack pressure is to high this is a nice way to keep your offensive going. 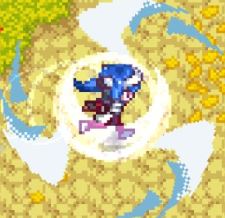 Heat Form: Overall as you guessed this is an offensive form. It offers not much ultility other then “more dmg” for the most part. The problem with Heat mode is its leave flaming AoE’s or mines on the ground, Its just not that practical. Passives are also not practical with beserker in giving you more damage near death or +1 passive surviving a last hit. Heat mode may not be a bad last stance to be on but why plan
on it? Avenger passive however is very nice. And Its burn stats offers not bad degeneration.

Best Arts: So far, Id say the Lazor ones because it confers alot of safe height. As for the rest of the arts i personally perfer everything and anything that inflicts burn stats. With exception of the melee art on Tier 2 because both the animation and pindown is faster then its counter part and even may be used to pull in distant targets into the correct positioning of the skill. 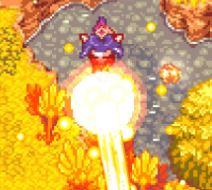 Ice Form: Clearly a defensive mode and a superior one at that. Not only does it raise your defense in general you can make your own Ice walls and prisons, That not only block missles but also damages enemys that walk on it offering alot of anti swarming options. Because of this its one of the best times to use items if you need it since they have a long use time. Ice form also has a unique 360 degree block all passive including the ability to stack alot of pin body percent damage. Chill stats isnt bad either it reduces All speed.

Best Arts: Generaly anything that creates Ice walls. When you switch forms the ice walls DO NOT fade instantly only untill its time expires, Making them more of value. You can make as many ice walls you like as long as its a Throw art however for some odd reason the Guard art ice walls have a limit source of 1, (I…guess to prevent straight out fortressing) And even more nonsense when you use a Throw wall+Guard wall the Throw wall will be destoryed, On the reverse when you Guard wall+Throw wall both will remain. LOGIC! 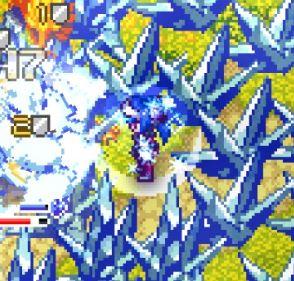 To be a True Spheromancer, We must be know our forms inside and out and how we built them. Ready to switch on the fly without pause, Having set rules for each one for knowing when and what to be, And mix attacks flawlessly.

This is not a requirement of the game and for sure you can just main 1 form, But for the few people who seek Fun, Combo wizardry, Or i guess are try hards. We’ll probably seek continuous improvement.

I dont know if ill reach the state myself though if i do ill share what i know, Providing i dont think its redundant. For now, This is just a place holder.

Basicly, Switch forms during a skill immeditly after starting one pressing any Form key when you let go after casting/charging a skill. (Or after when you let go spacebar by default) In doing so youll flawlessly move into another form while attacking from the start of your skill at the same time and may perform another skill afterwards linking them in quick succession.

An example of an simple Advance switch combo would be.

Changing to a form using an advance switch to a form with more attack stats more then your current like Heat when using a skill will optimize damage in nearly all cases. Simpily because your higher attack stat would be added over instantly.

This is just a section explaining some imo important unique stats in detail, This is not important to look at it and you can skip it if you want. ill prob only go over Base Lea and maybe a few others.

Note you can reset your skill points at the INFO shop at the docks though currently its an akward process as in its requirements to do so. Sadly restarting might be for the best for a few select people if they really messed up. 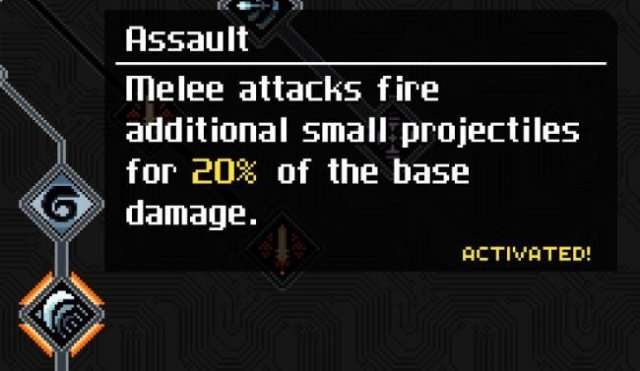 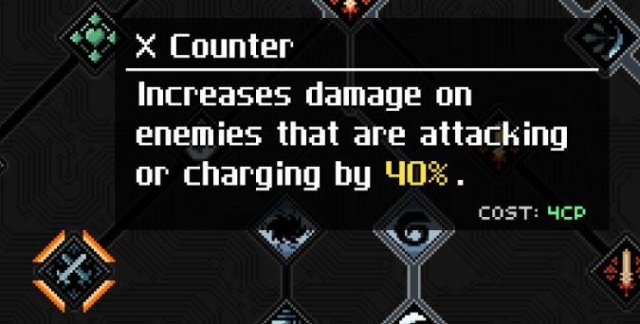 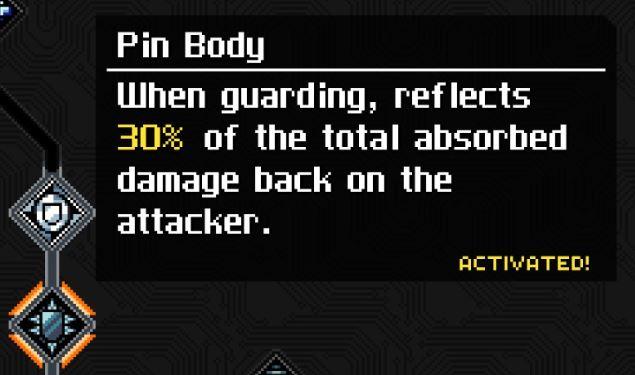 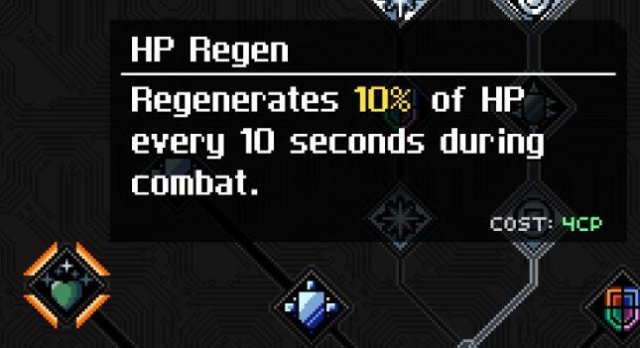 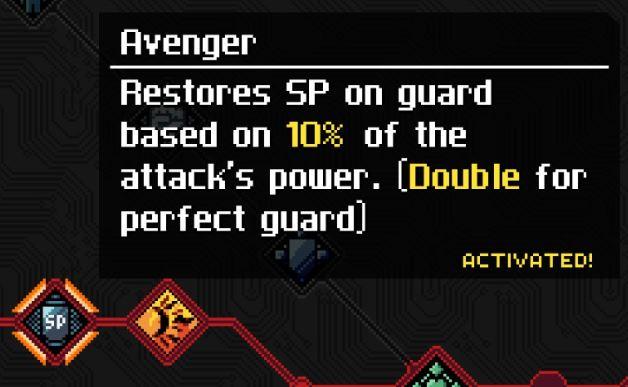 A list of stuff that you arent suppose to be able to do but can. So far all i know is jump tricks.

The easiest way to get this achievement, as early as possible. How to Obtain Nature is Scary Achievement The Guide This is much simpler than it seems. First, go to […]

10 Achievements in 1. An Achievement Guide which consists of a singular action, in a nearby cave, at a lonely Temple, within a certain spot, fighting a specific enemy. ContentsHow […]