A set of locations for farming puppet XP, Coven XP, or even both.

Other Labyrinth of Refrain Guides:

Target enemy is Ringa Metallia, a metallic enemy vulnerable to Blunt damage. It will attempt to run away on its second turn. Effectively it is the Metal Slime of the game woth 7,800 XP each before stock pile bonuses or chain battle bonuses are taken into consideration. 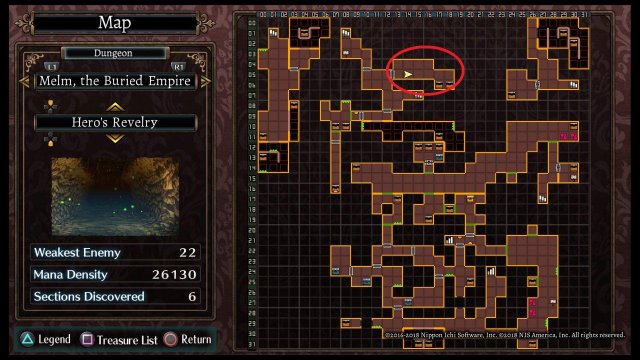 The highlighted room is situated right next to a staircase, so you can drop 2 mud exits outside the room for being able to leave to refresh your RF when you run out and then just clear the room and use the stairs to refresh the spawns.

A word of warning, the Ringa Metallia does not always spawn in the packs in the room. So do not be discouraged. It does have a decent spawn rate however. 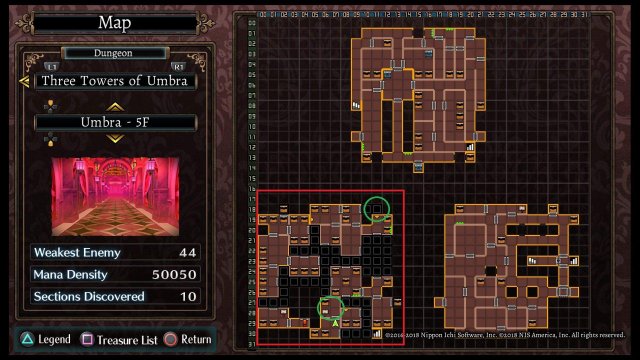 Once again you are hunting for Ringa Metallia, which is weak to blunt and likes to run away. They also spawn in packs or 3-4 in this area. The marked locations in green are where you can find Mana Prisms instead of Ringa Metallia.

The Mana Prisms have a chance to drop souls, they give massive chunks of mana and a reminder: you can trade 30k Mana in for a Treasure Barrel which you can either break for a soul or sell for 55k silver. So on top of being an XP farm this area can be used to make money.

There are 2 zones in the Post Game Dungeon Unclean Ornit useful for level grinding.

Azu-Melm the first floor of the post game dungeon: 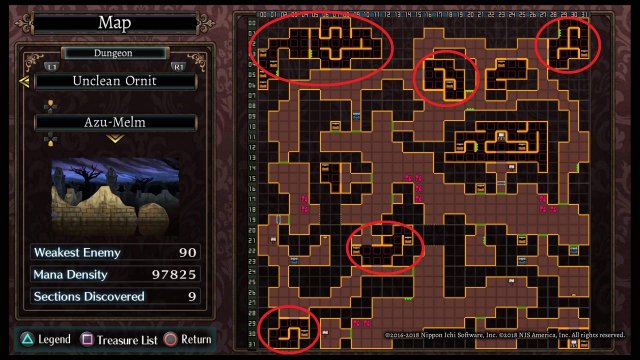 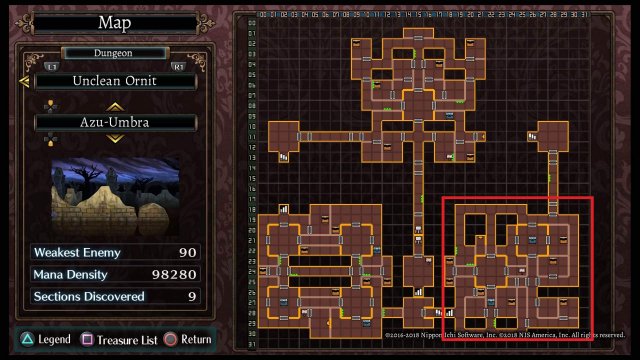 Both for the Gold Bittern spawns.

Gold Bittern at the start of the battle uses Gold Flash, which deals damage to the entire brigade and has a chance to inflict confusion. Other then that it is just like the normal Bittern or Ringa Metallia: It will try to run away. So stack confusion resistance.

Gold Bittern are worth 38k XP each before XP bonuses are taken into consideration.

Azu-Umbra II is notable for the Gold Bittern spawning in packs of 5. This one is recommended to do after you farm up the various pacts that provide 666% increased xp.

A reminder about those pacts that give that big XP bonus, they only allow people with even lucky numbers, 00 for the record counts as even. 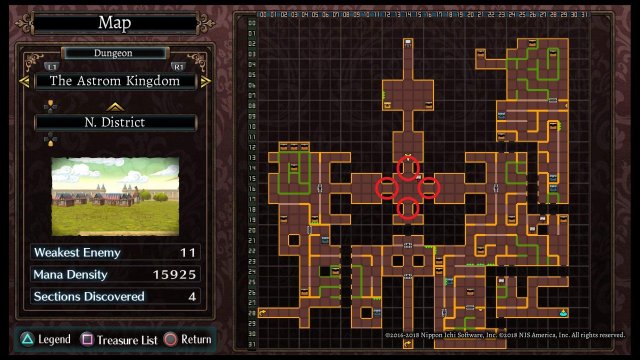 Easiest way to do this one is to go to the Astrom Kingdom II antechamber for the dispatch list, hit fog veil, and go ham on the 4 Purple Symbol enemies in the red circled spots then hit up the chamber back to base and do it again.

So here is how Coven XP works:

The level XP requirements are roughly this:

This one is one I figured out myself, and what prompted me to make this guide. All the other ones before it I included because its useful information for purpose target farming that can or do provide higher yields.

In short the target we are going to be farming is the Trolls, a purple symbol enemy that patrols various large sections of Melm. They give 2.2k XP base each, and due to being a purple symbol enemy are worth 15 Coven XP each. They also tend to spawn in packs of up to 3, or with a member replaced with either a Young Troll, or bunch of Ogre Fleas. So the XP ranged from 2.2-6.6k in XP total per fight.

Trolls are vulnerable to Pierce and Slash damage, so powerful Spears, Crossbows, Swords, Scythes and Katars are recommended. As is the Witch Squad Pact for its useful Piercing Rush II for your casters. A strong enough group can clear the trolls in 1-2 turns. That also means you may need to use Fog Veil to keep the troll symbols from running away from you.

So enter from the Melm, the Buried Empire II antechamber, smash the wall directly ahead of you and head to the left side of the map. 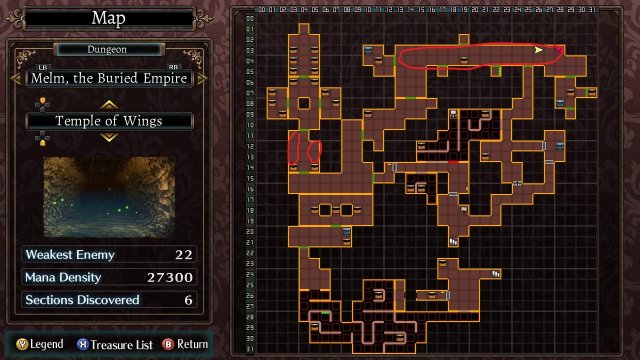 In total there are 6 troll symbols on this floor, 2 in the area on the left, 4 in the area up top. 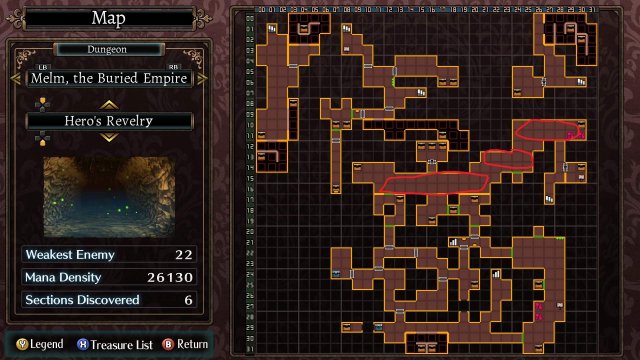 There are a total of 5 troll symbols here, 2 in the first group, 1 in the second, 2 in the third. Once you take them out you go back to the stairs you had used to get up to the floor.

Per cycle this is 165 coven XP, and can produce ~75-100k XP+ depending on how high your stacking bonus is and your luck on group configuration. I regularly wind up getting 300k XP from doing this when I have to leave to replenish RF before return bonus.

This may not provide the most XP, be it coven or puppet, per hour compared to other ones but is a solid choice if you want to work on both at the same time.

Labyrinth of Refrain: Coven of Dusk – How to Create the Most Evasive Unit

Effectively, this is how you can create the most evasive unit in the game. Other Labyrinth of Refrain Guides: Luck Stat: Guide and Theories. Runic Alphabet Translation. XP Farm Locations. […]

Labyrinth of Refrain: Coven of Dusk – Tips and Tricks for Getting Started

Before you Play the Labyrinth of Refrain: Coven of Dusk game, you will definitely want to know these simple but useful tips and tricks. If you have any tips feel […]

A guide dedicated to pooling known information regarding Luck, until a more concrete guide comes along. Other Labyrinth of Refrain Guides: Runic Alphabet Translation. How to Create the Most Evasive […]