This is a quick guide to getting started in Fallout Shelter so you don’t run into issues that could affect your in game advantage at the beginning and over time.

Getting Started: Don’t Believe His Lies! 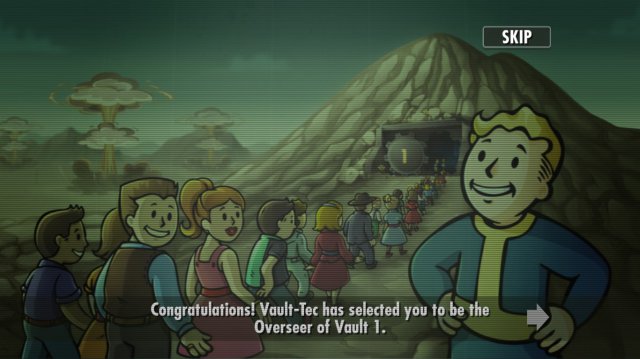 So you have decided to download the popular Fallout Shelter, congratulations!

If you notice in the beginning of the game there is an overall tip section that the fallout character provides you and sometimes forces you to build or expand certain rooms depending on how far you are in the game. Most of the tutorial is beneficial and most certainly important to the game mechanics; however, the fallout character does not tell you about certain aspects of building these areas will do aside from producing your essentials: Energy, Food, and Water.

This guide will help you understand before you begin or go further into the game of what things must be considered before creating rooms, asigning dwellers, and reaching objectives/quests.

The first thing you must do, as the game forces you to do, is to create four rooms (The Energy Room, the Diner, the Living Room, and the Water Production Room).

Before you build them in any section of you can you must consider the following: 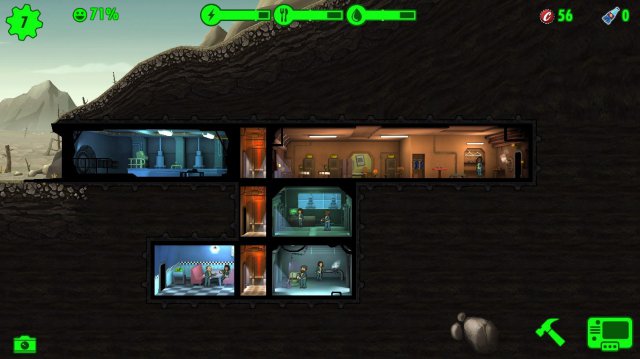 Despite what I have said in all of these points, there are some rooms that do not neccessarily have to be expanded. Personally I like to keep several storage rooms without expanding them past two rooms. However, this decision is yours.

Despite what the game tries to entice you to do (PURCHASING CAPS and LUNCH BOXES). If you are playing this game casually neither of these are neccessary to be effective and great in the game. The following are quick tips to getting objectives cleared at the beginning or later parts of the game to get caps quickly: 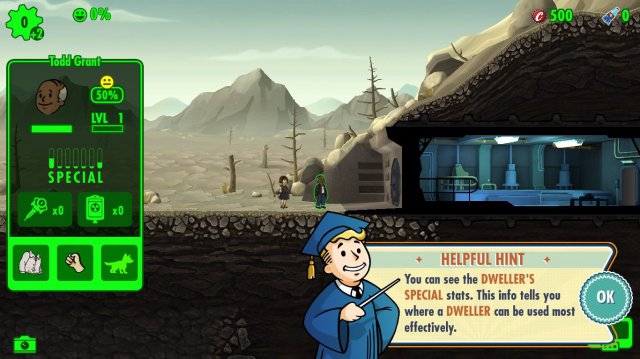 The Stranger Man appears at random points hear out for the suspense music and find him fast, quick way to get caps and easier if you have less rooms. 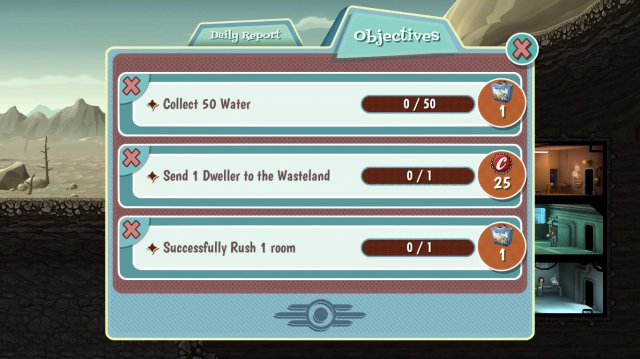 “Get 20 legendary dwellers on your vault” that might sound easy but boy is it hard! In my opinion the hardest achievement to get, that’s why I’m here to help […]

A quick guide on how to help raise and maintain high moral in your vault. ContentsIntroBasics of MoralMaintaining Moral LevelsRaising Dweller Happiness Intro I decided to make this guide since […]

Learn how each S.P.E.C.I.A.L stat helps your dwellers while exploring outside the vault. ContentsDisclaimerStrengthPerceptionEnduranceCharismaIntelligenceAgilityLuck Disclaimer All of the information within this guide has come from the Fallout Shelter Wiki and […]